Oysters are fascinating animals because of the variability of the shells. In the Jurassic they took on many forms and some were called "Devils Toenails". One such shell belongs to Gryphea. This genera has coiled shells with one valve that is relatively flat while the other is deeply concave. This specimen comes from the Lower Jurassic (Sinemurian) rocks near Atton in the providence of Lorraine, France 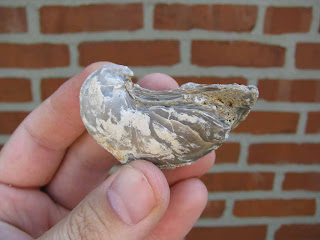 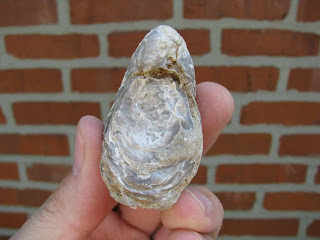 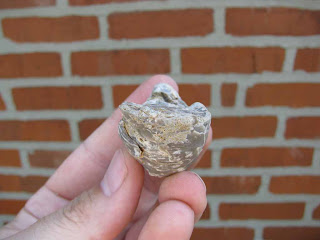 Another example is Gryphaea dilatata which has a much larger and wider shell. It is also notable that the valves have a similar curve to them but only one "curls". This species if from the Upper Cretaceous (Oxfordian) of Villers Sur Mer in the providence of Normandy, France. 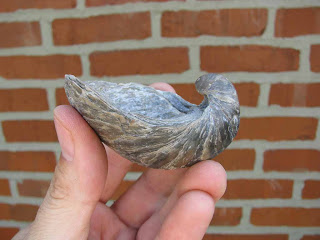 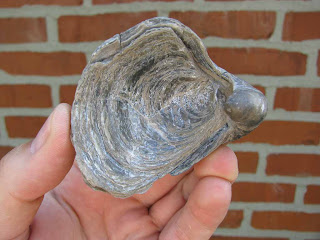 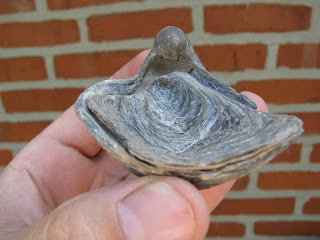 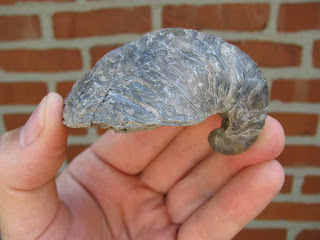 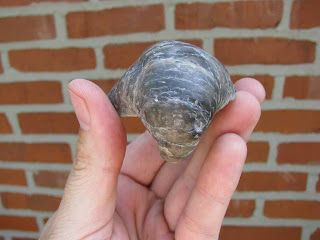 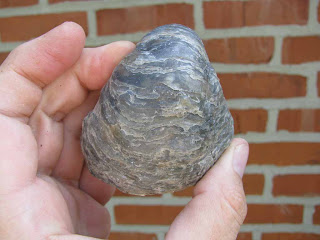 Other members of the genera went on to have even more curled shells like Ilymatogyra or became more flattened by turning on their sides like Texigryphea navia. Then again, some didn't change much at all like Texigryphaea marcoui.
Posted by Dave at 12:01 AM