A coral that was somewhat common was Enterolasma (Streptolasma) stricta. 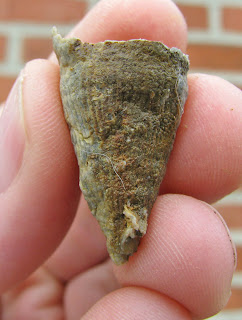 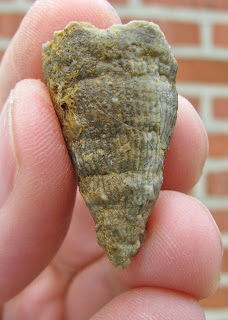 The fact that it had been replaced by quartz and eroded out of the rock meant the septa in the calice were well preserved and detailed. 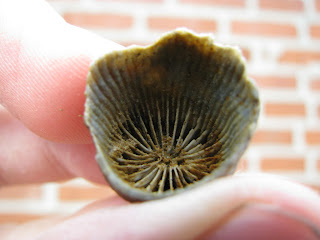