This past April I took a trip through Virginia and West Virginia exploring some sites that were listed in the book "Fossil Collecting in the Mid-Atlantic States" by Jasper Burns. The fossils below came from a roadcut that exposed the Ordovician aged Reedsville formation.

Here is a view of a part of the roadcut. It extends for several hundred feet in either direction along the road. 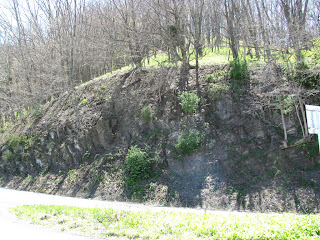 One of the first fossils I found was this mold of a Bryozoan, possibly Hallopora. 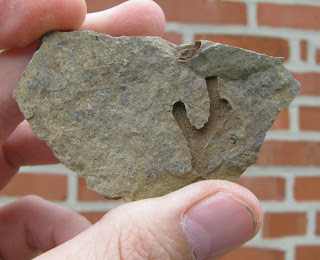 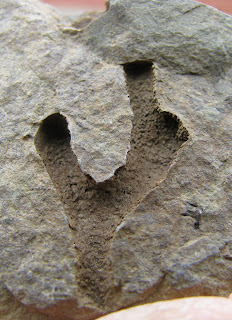 Another Bryozoan with some of the calcite replacement still present. 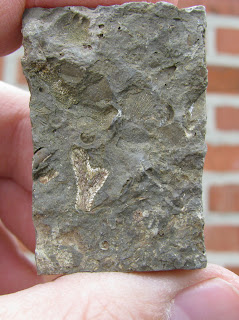 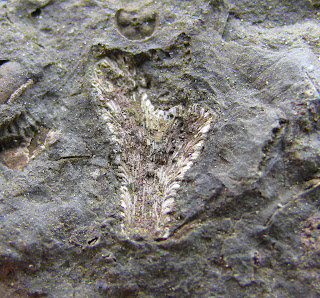 Then I started to find some shells like this Rafinesquina alternata 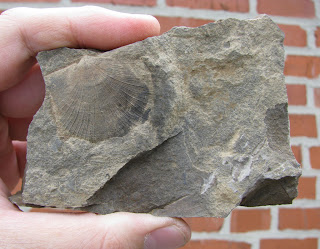 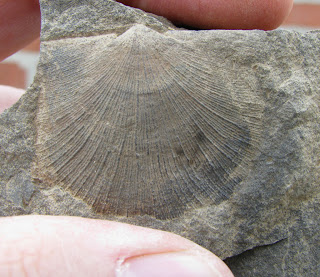 Another fossil mold found in a storm deposit. It might be a Plectorthis sp. 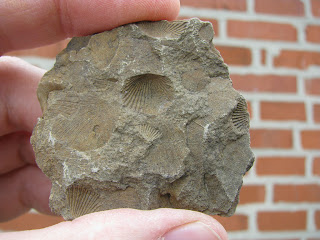 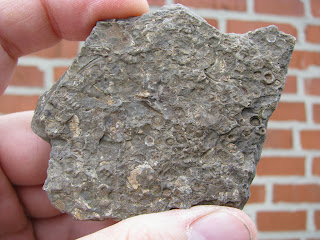 This was my best find from the site. It's a small articulated crinoid calyx. I'm not sure of the species but it might be a Cincinnaticrinus varibrachialus 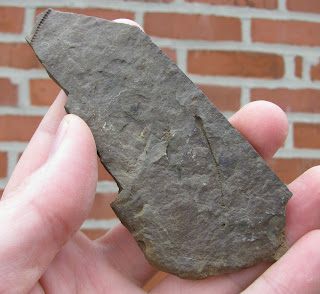 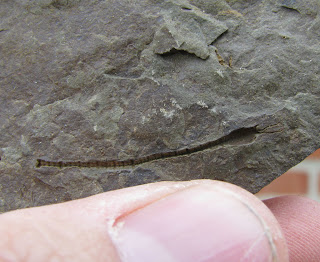 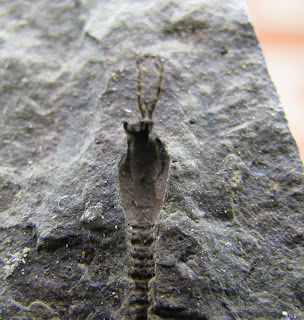 The above specimens came from a roadcut along Route 33 in Pendelton county, West Virginia. The cut is listed as site #5 in the book "Fossil Collecting in the Mid-Atlantic States" by Jasper Burns. The Reedsville formation is equivalent to the formation of the same name in Pennsylvania. Both formations roughly correspond to the Edenian to Maysvillian stage of the Cincinnatian series and are thus part of the Katian stage (Ashgill and Caradocian stage in classic N. American stratigraphy) of the Ordovician period in the ICS time scale.
Posted by Dave at 12:01 AM