I received some interesting fossils of Nummulites that my friend Gery sent me as part of a trade recently. They are interesting fossils of a single celled creature which belongs to a groups called foraminiferians. Most forams, as they are known, are small and rarely produce shells larger than 1/4 inch but some get much larger with the largest known being up to 20cm (about 8 inches) across. Nummulites can get close to that size (up to six inches in Eocene aged rocks of Turkey), but the specimens below only get to about 1/2 inch. They come from Eocene aged rocks at site near Soissons in the providence of Aisne, France.

A single Nummulite shell is somewhat unremarkable on the outside. 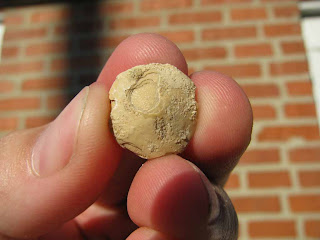 You can see that they are thin and shaped like two saucers put together. 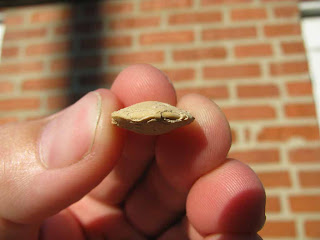 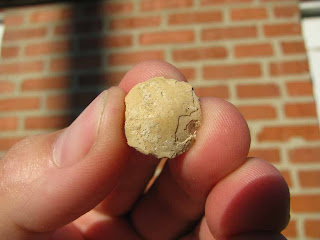 Here is a block of matrix that is entirely composed of the fossils. 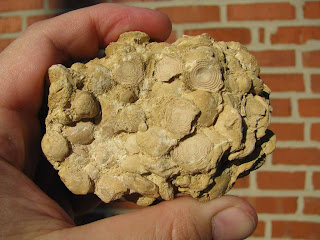 Some are broken open and you can see the spiral shaped interior. 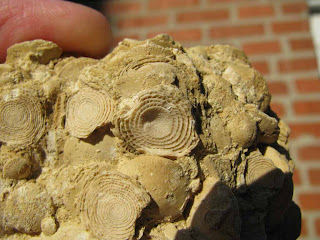 There is an interesting write up of Nummulites, and some theories about them, at the site Georneys.
Posted by Dave at 12:01 AM