Spinatrypa spinosa from the Windom Shale

While exploring the Penn-Dixie site near Blasdell, New York, I was digging in an area referred to as "The Brachiopod zone". I had been guided to this area by my friend Carmine who said that lots of Brachiopod fossils could be found at certain level. While most collectors visit the site to look for Trilobites, I was more interested in the other fauna that could be found so I headed to the suggested area. After a few minutes digging in the soft shales I started to pull out huge Brachiopods. One of the more common fossils was Spinatrypa. 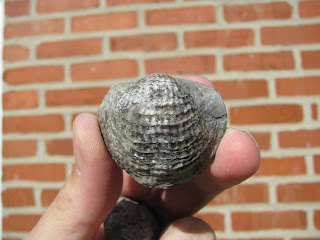 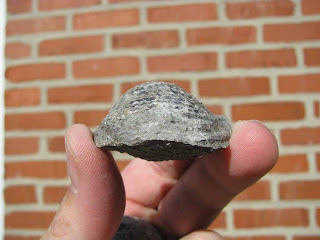 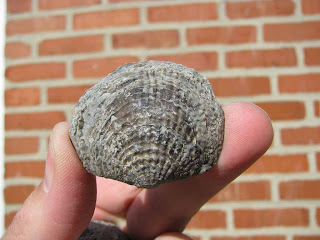 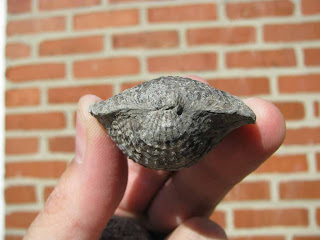 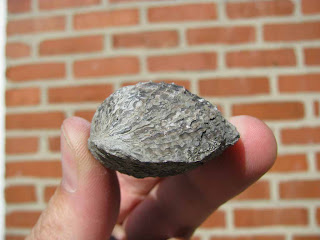 The fossil above is the typical way they are found but sometimes, if you are careful or lucky, you get one with the spines (of it's namesake) preserved such as the specimen below. 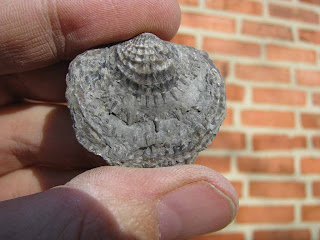 Here are the two fossils side by side. You can see they are about the size of a half dollar coin. 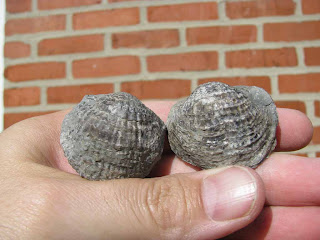 These are the first Spinatrypa spinosa that I've collected and among the largest brachiopods in my collection. The rock layers exposed at the Penn Dixie site are middle Devonian (Givetian) in age and are the Windom shale which is a part of the Moscow formation.
Posted by Dave at 12:01 AM