I purchased some brachiopod fossils recently from a seller on E-bay called bonesfossils. They are labelled as Eospirifer radiatus from the Wenlock formation near Dudley, Worcestershire, England. I bought them because they came from a formation which gave it's name to a geologic time epoch of the Silurian, and it was a brachiopod species that I had found previously in the Waldron shale of Indiana.

There is a problem though... look at the pictures I took of two different specimens that came in the lot. 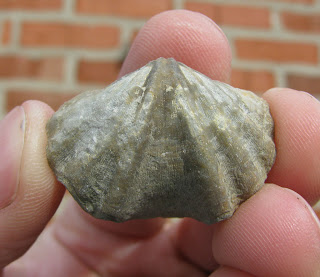 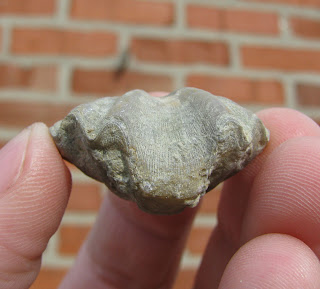 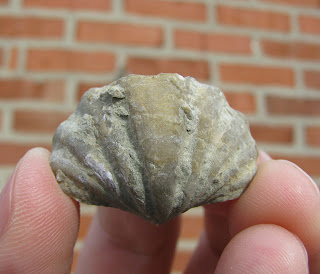 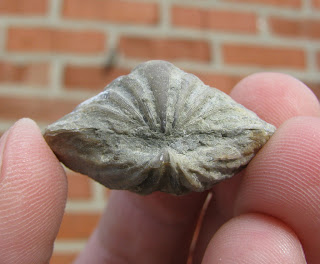 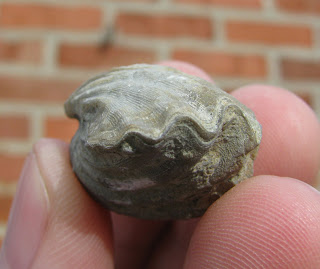 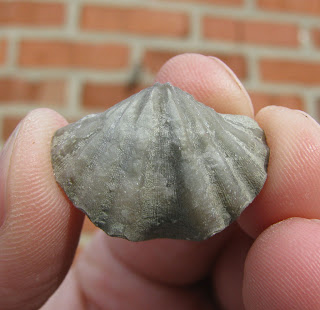 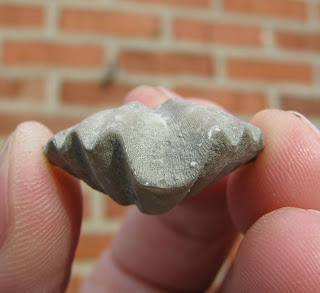 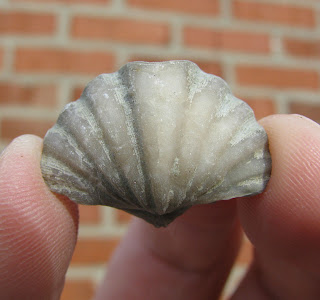 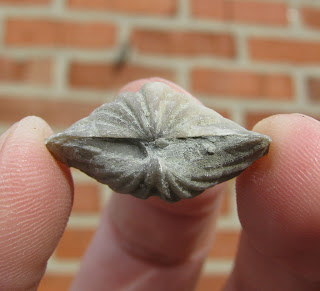 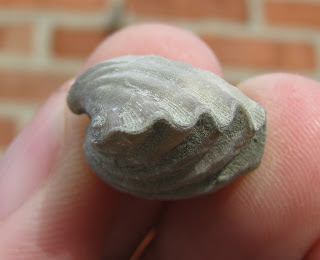 If you haven't picked up on it yet, the problem is that these specimens are labelled as Eospirifer radiatus and yet specimens that I've found in the Waldron shale with that same name look completely different. Click here for my post on the Eospirifer radiatus I found, and here for a very good write up that Mike over at Louisville Fossils did. Mike's post has good references, that I don't want to duplicate here, as to where the ID for our fossils came from.