This is an Eupatagus aragonensis echinoid that I received in a trade. It's from the Eocene (Lutetian stage) and was found near Alicante Huesca, Spain. 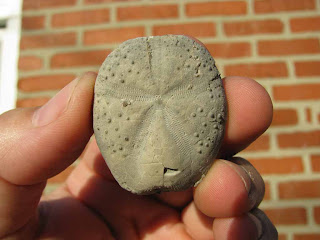 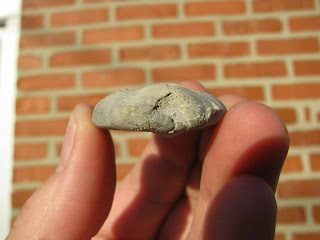 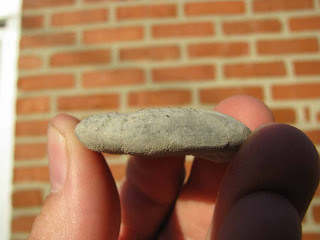 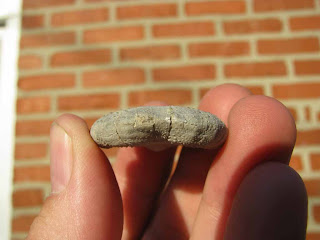 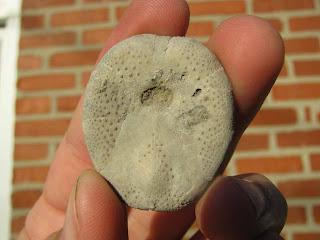 This is an interesting fossil in that it has features from several different types of echinoids that I have seen. It's an irregular urchin since it is not round shaped and it's fairly flat like a sand dollar. Also, the test (skeleton) has both large and small tubercles which is where the spines would attach.

Thanks to my friend Jenaro for this fossil.
Posted by Dave at 12:01 AM