Coenites is a fossil coral that existed from the Silurian thru the Devonian periods (443-359 mya). It's a fossil that I was always on the lookout for when fossil collecting as a kid here in Pennsylvania but I'd never found any specimens until a recent trip to Louisville, KY. While there my good friend Mike from Louisville Fossils took me to a spot that he and his cousin Kenny hunted. It was an exposure of Lousiville Limestone (Homerian to Gorstian stage) in which I found the below fossils. Note the criss-cross pattern of growth like a chain link fence that is typical of the genera. 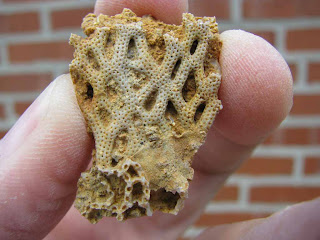 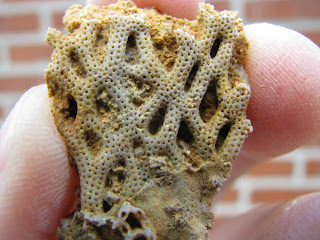 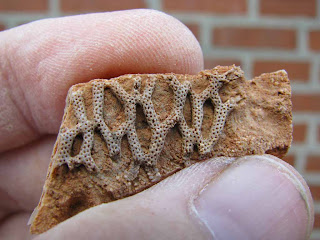 This last piece has some Cladopora coral preserved alongside the Coenites. There has been some confusion between the two in the past as they have similar growth patterns. I think the difference is in the shape and pattern of the corallites or openings along the branches. 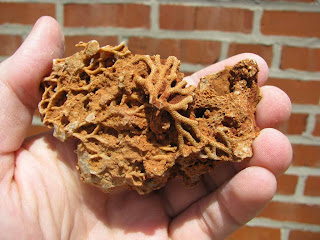 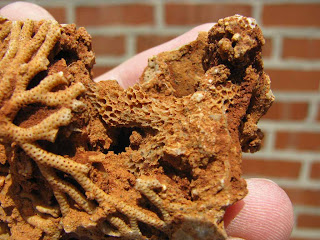