Today I want to show you a couple of interesting fossils from France. The first is a walnut (Juglans bergomensis) seed. This fossil was found in the Alsace region of France and can also be found in the Netherlands and Germany within Pliocene aged lignite that was once deposited by ancient rivers. These fossils are often called Mummified due to their dessicated look. They have been preserved and partially silicified by the muddy river sediments. 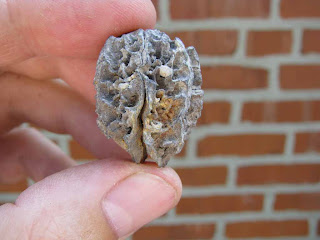 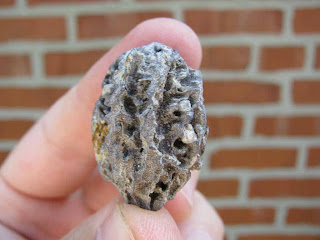 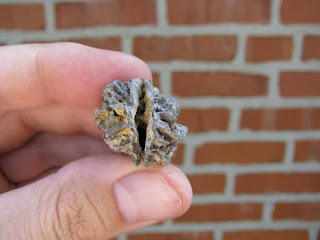 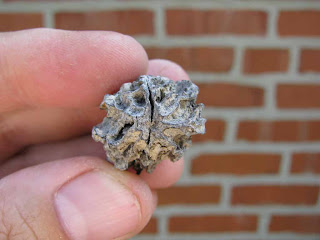 This next specimen is of some reedy plant debris that came from a lacustrine (freshwater lake) deposit near Cereste in the south of France. The sediments have been dated to the Oligocene epoch of the Tertiary period. While the plant remains are not easy to identify, there is a small Planorbis snail near the bottom left hand side. This is an index fossil that can be used to tell if the sediments were deposited in fresh or salt water as it can only be found within lake and river deposits. 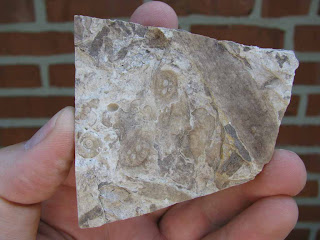 Thanks you to Gery for sending me these specimens.
Posted by Dave at 12:01 AM