Calamites and Stigmaria from Hazard, KY

Calamites is a fossil genera that are common fossils in the Pennsylvanian swamp deposits. They often grew up to 30' high then although today the extant species are much smaller. The specimen below is part of a much larger fossil that represents the trunk of one of these ancient trees. It's from the coal mines near Hazard, KY. 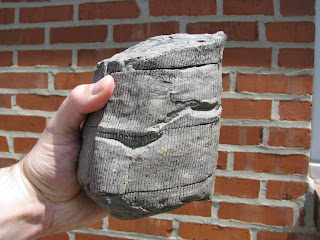 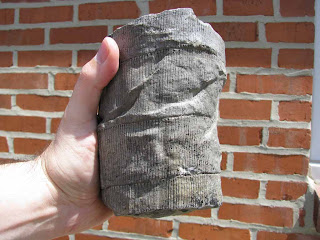 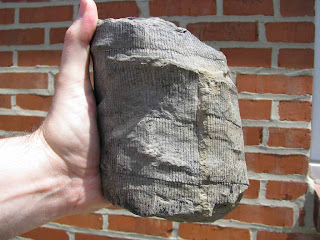 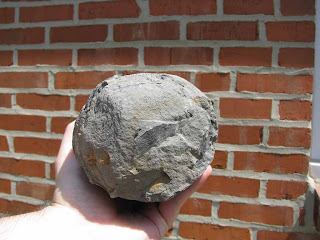 Another fossil from Hazard is this Stigmaria root cast. Stigmaria is considered to be the roots of the scale trees like Lepidodendron or Sigillaria but early paleontologists didn't understand the anatomy of these fossils as they didn't find them articulated. It was only later as better specimens were found that the connection was made. In the specimen below each dimple would have had a smaller rootlet extending straight out like a bristle brush. 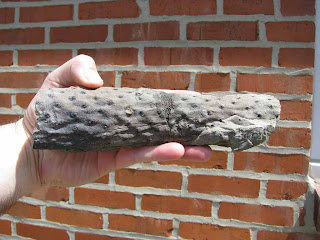 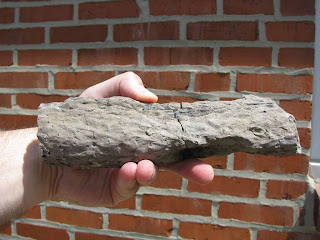 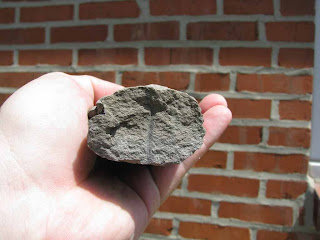 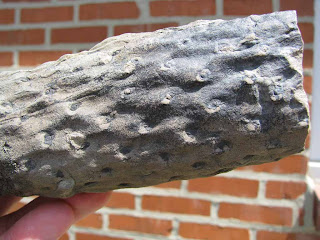 Up here in Pennsylvania I don't find these fossils as three dimensional casts. Instead they have been compressed and flattened by geologic processes. I'm very glad to have these two specimens as part of my collection and my thanks to Herb M. for giving them to me.
Posted by Dave at 12:01 AM