Back in May of this year I found a hunk of Limestone that had some fossils in it which were preserved by quartz var Beekite. It came from the Centerfield formation which is Devonian (Givetian) in age and is from East Bethany, NY.

This is a view of the rock itself with the largest coral on the right. 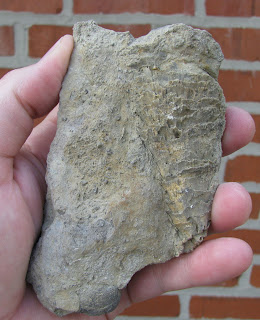 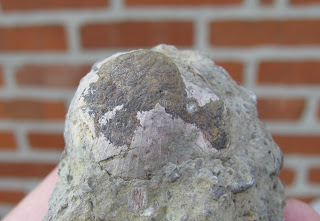 I decided that I wanted to dissolve the limestone rock in acid and free the Beekite preserved fossils to see if they were 3-D. After a few hours the large coral was free and very well preserved. 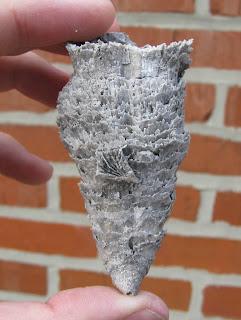 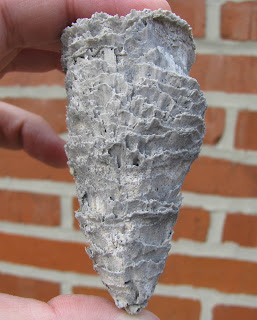 At first I thought it was a Cystiphyllum americanum but the calice details are wrong. In a Cystiphyllum there should be blisters present instead of septa. 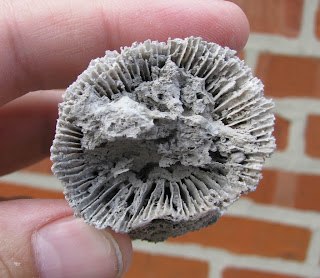 The Brachiopod shell wound up being a single valve but part was missing and had probably broken off before I found the rock. 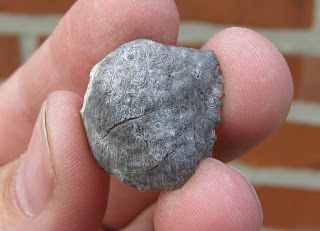 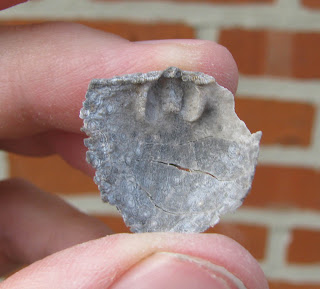 To my surprise there were a few more corals that had been in the block. Two normal looking, small Heliophyllum.
Specimen #1 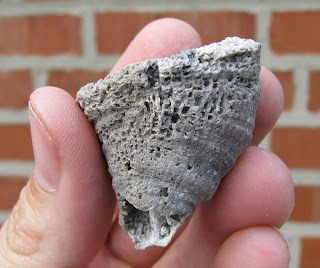 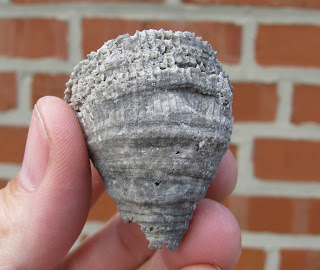 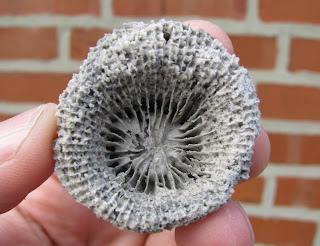 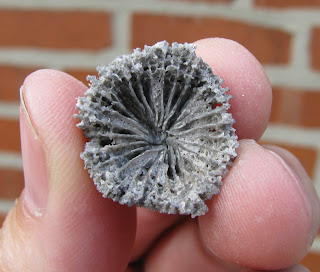 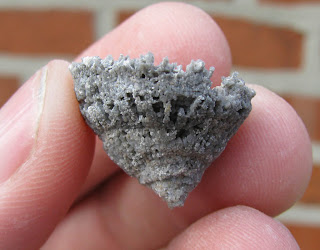 As well as this coral with a very contorted history of growth. 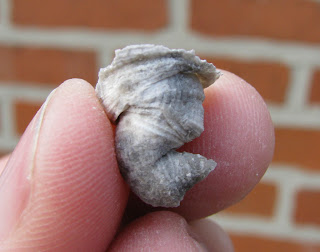 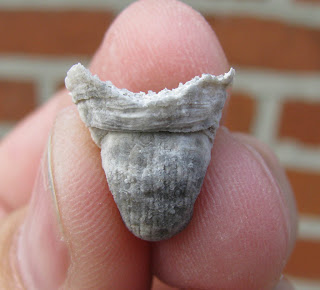 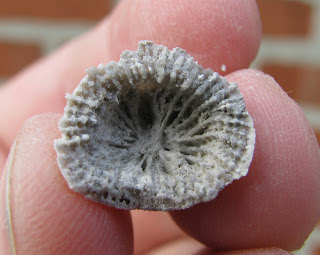 And finally this small colony of Favosites sp. 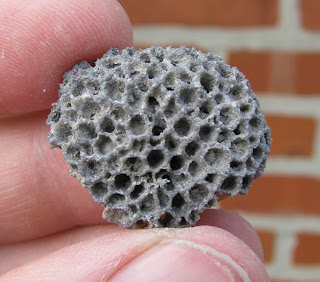 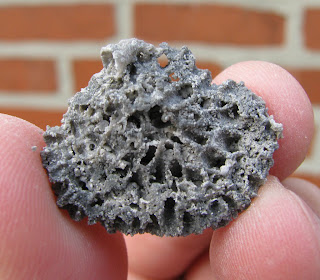 On the side of the colony was yet another small horn coral. 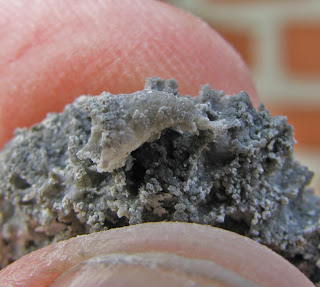 Overall there were six fossils that were preserved by Beekite within that small block of limestone. The next time I head up to East Bethany I am going to look for more limestone with Beekite preserved fossils. Who know what else I may find once I dissolve the rock?
Posted by Dave at 12:01 AM