One of the big draws to the Coburg formation exposure in the St. Mary's Cement Quarry is the abundance of Isotelus sp. Trilobites. Pieces of molts are very common but it is not uncommon to find complete specimens as well. There are two species of Isotelus found in the Coburg fm., I. latus and Isotelus “mafritzae” (note that this is an informal name as the species has never been formally described). The latter is the most common while the former is know primarily from huge isolated pieces of it's shell. The easiest way to tell the two apart is that  I. latus has a more rounded cephalon and pygidium.

This is a partial molt of Isotelus “mafritzae” that appears to have the cephalon tucked under, but after some prep work by a friend it was found to just be a thorax and pygidium. Still it's a nice articulated specimen that I just need to trim some excess matrix from. 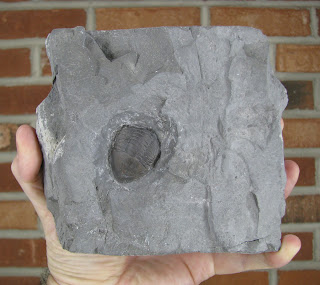 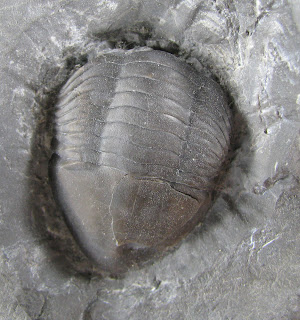 This is an inverted specimen of Isotelus “mafritzae” that unfortunately has had most of the shell weather away. The impression of the exoskeleton is still in the rock which is nice, but the reason I kept it is that the hypostome is still intact and in place. The hypostome is a part of the mouth on trilobites and has a slightly different shape in each genera.  More often you find this part loose and isolated in the rock so this is a nice example of it in life position. 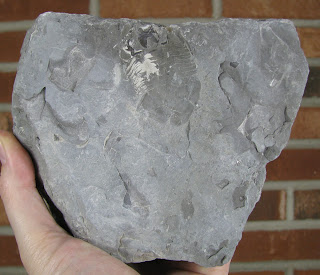 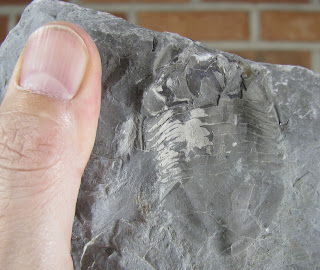 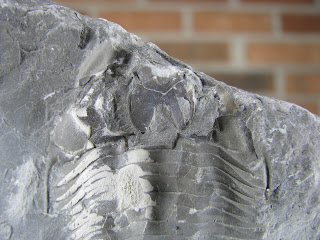 Here is an isolated pygidium of an Isotelus “mafritzae”.  They are typically very smooth with a slightly raised central lobe that is more pronounced as it gets to the thorax. 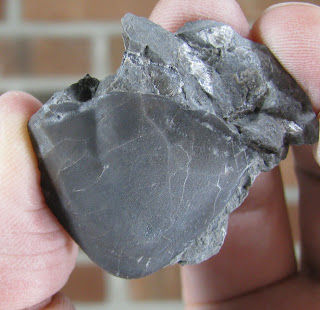 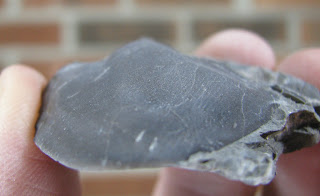 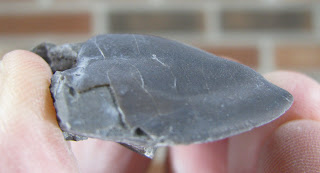 The Coburg formation is Ordovician in age (late Ordovician, Katian/Mohawkian stage).
These fossils were collected from the St. Mary's Limestone Quarry in Bowmanville, Ontario. I used William Hessin's book "South Central Ontario Fossils", 2009, Self Published, pg. 197-199 to help identify them and provide some of the descriptive information I wrote above..
Posted by Dave at 12:01 AM