Today's fossils are what I believe to be Dalmanella testudinaria. I am not entirely 100% certain on this only because there are a number of other genera and species that look very similar. The Coburg formation does not often yield loose brachiopod fossils as the rocks are composed of more limestone than shale. Based on William Hessin's book, "South Central Ontario Fossils", D. testudinaria is the most common brachiopod that looks like what I've found with other genera and species occurring in other formations.  D. testudinaria  has a round shape to the shell with coarse ribbing that radiates from the beak. The pedicle valve appears to be more convex while the brachial valve is relatively flat. The brachial valve also has a very subtle sulcus. 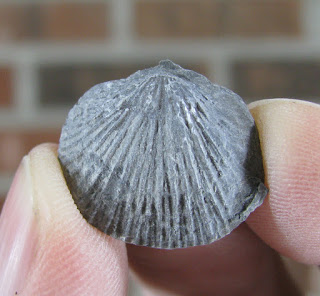 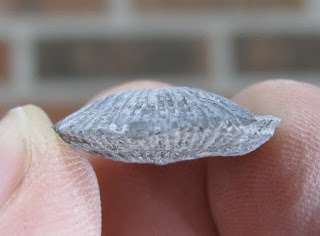 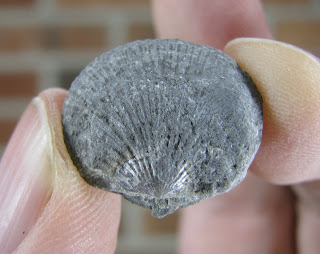 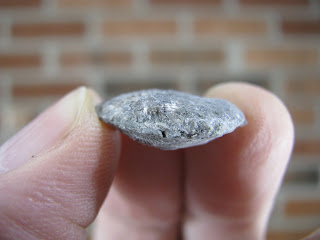 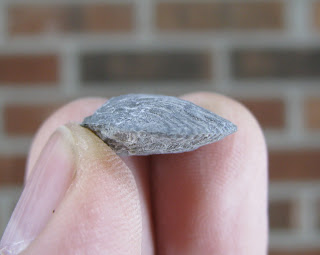 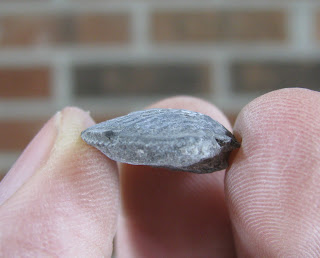 Specimen #2 - Pedicle valve (this specimen appears to have finer ribs than the specimen above but that could be a result of preservation and remnant matrix). 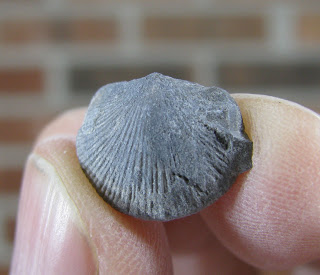 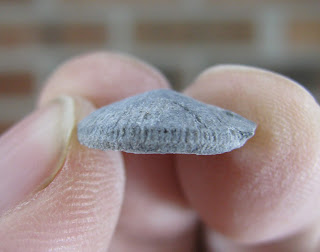 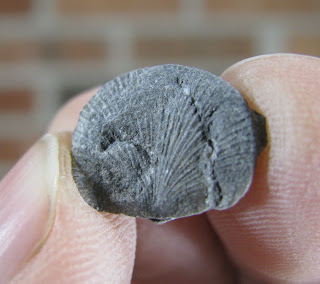 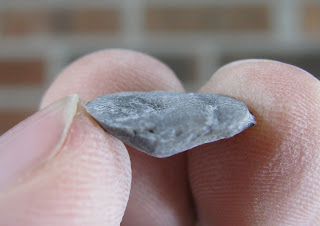 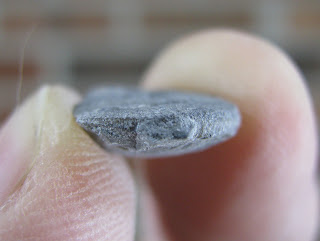 The Coburg formation is Ordovician in age (late Ordovician, Katian/Mohawkian stage).
These fossils were collected from the St. Mary's Limestone Quarry in Bowmanville, Ontario. I used William Hessin's book "South Central Ontario Fossils", 2009, Self Published, pg. 124 to help identify them.