One of the more common brachiopod fossils found in the Coburg formation is Sowerbyella
sericea. This genus ia also common throughout the Ordovician across the US.  S. sericea is a rectangular shaped shell that has a convex pedicle valve with a concave brachial valve. In the Coburg formation it is often found on the surface of limestone layers covered by shale. At other times I've found them within the limestone layers when I am splitting rocks. At that time they will take on a shiny, silvery sheen as the shells are un-weathered and possibly damaged from the splitting.

Here is a plate with dozens of examples of this species present. 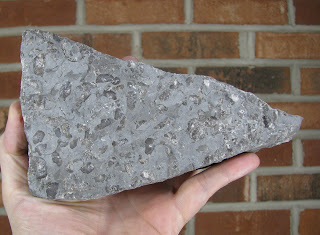 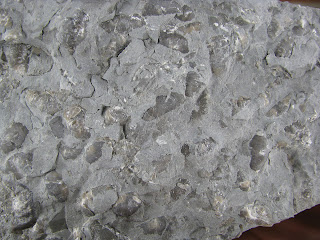 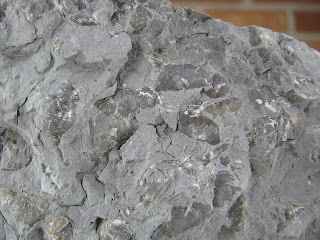 On the back side of the plate are some of the un-weathered fossils I mentioned earlier. 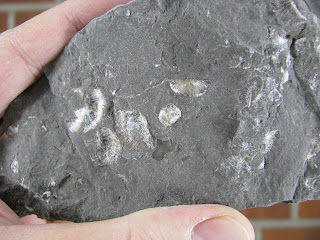 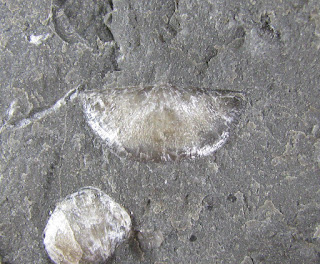 This is another sample where the specimens of Sowerbyella sericea overlap one another in a kind of pavement. This is likely the result of a storm current that swept up the fossils and deposited them in a jumbled heap. 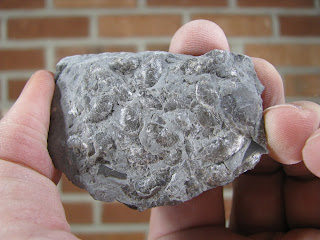 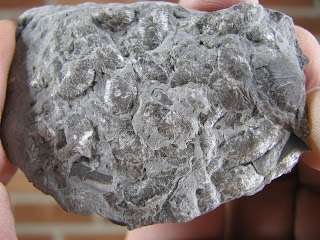 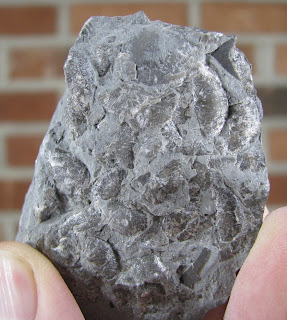 The Coburg formation is Ordovician in age (late Ordovician, Katian/Mohawkian stage).
These fossils were collected from the St. Mary's Limestone Quarry in Bowmanville, Ontario. I used William Hessin's book "South Central Ontario Fossils", 2009, Self Published, pg. 125-126 to help identify them.
Posted by Dave at 12:01 AM