The single specimen below is the only one I have found from the sediments near Louisville. I believe that it is an member of the family Atrypidae and may in fact be a member of the genera Atrypa. It looks very similar with a rounded outline to the shell, a more deeply curved brachial valve than pedicle valve, and has radial ribs that look typical. However the anterior margin has a sulcus that is confined to the forward 1/3 of the two valves. It does not continue all the way to the beak on the pedicle valve.  I have seen examples of Atrypa with a similar feature but generally the pedicle valve is much flatter than in this specimen. 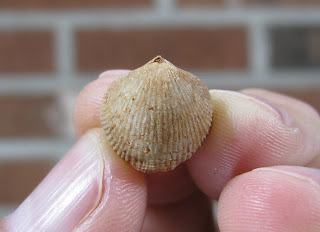 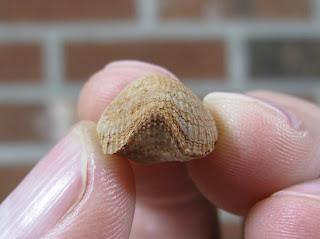 Pedicle valve (the broken section does not help with the ID) 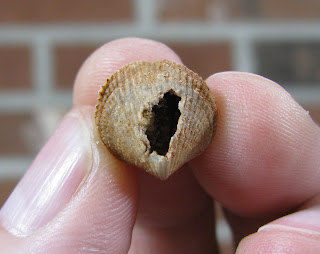 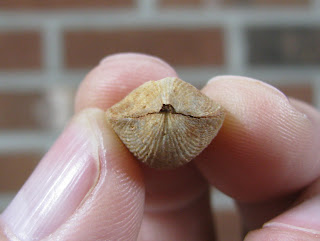 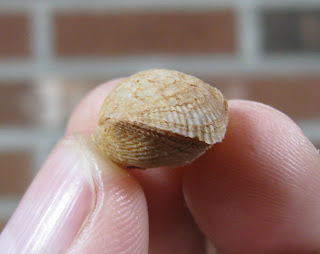 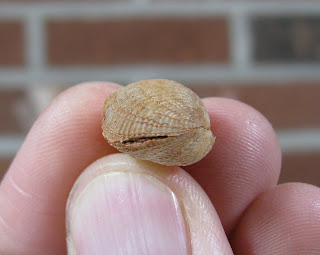