Two pelecypods from the Jeffersonville limestone

I have very few good Pelecypod fossils from the Jeffersonville formation. I have been fortunate to find a number of examples of Paracyclas sp. (as shown in this prior post) but the two specimens below do not fit that genera.
The first specimen is somewhat rough but recognizable as a pelecypod. There are two valves, the shell is oval in shape, and there is evidence of the hinge line at the rear of the shell. Faint concentric growth lines are visible on the surface portions of both shells but the preservation of the shells is not so good at preserving the upper parts of the shell such as the umbo. If I were to guess, this could be an example of Modiomorpha sp. which is very common in the Devonian, but there is not enough detail for me to be sure.
Right valve 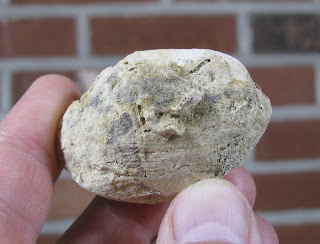 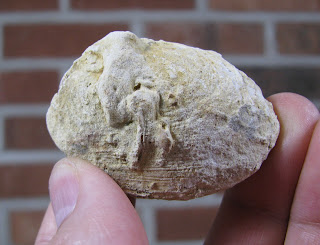 Dorsal margin.  If this were an external cast rather than internal cast you would not be able to see the raised ridge like seam between the valves. 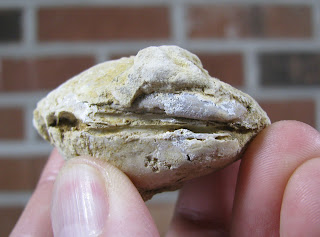 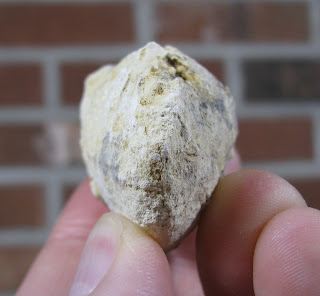 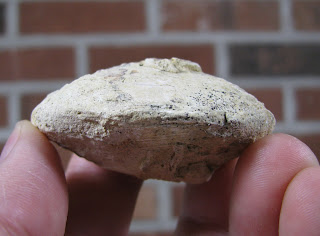 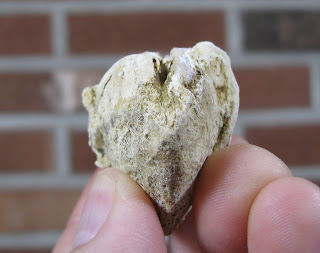 Specimen #2 is a single, partial valve impression. It is notable for the radiating ribs that extend from where the beak would be.  Due to the angle of the ribs, and overall shape of the shell I think this is a genera from the subclass Pteriomorpha, order Pectinoidea. Perhaps Actinopteria sp. which is a very common genus in the Devonian. 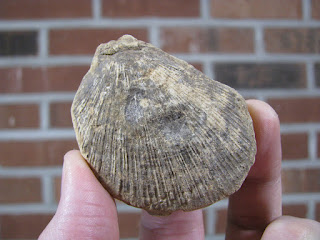 I found these two specimens near Lousiville, KY and believe they come from the Jeffersonville Limestone, dated to the Devonian period (Eifelian stage).
Posted by Dave at 9:01 PM