I've found a few specimens of what appears to be a mounding Bryozoan that lived during the Devonian period during collecting trips to the Louisville, KY area. I've also received specimens from Mike P. via exchanges and he has them labelled as "Eridotrypa sp. from the Speed limestone".  The Speed limestone is a member of the Silver Creek formation (or North Vernon/Sellersburg limestone depending on the resource you look at) and is above the Jeffersonville limestone.
I am unsure of the actual ID for these specimens as Eridotrypa is a genus known from the Ordovician and Silurian. I believe this is an example of an order Trepostomata type bryozoan (as is Eridotrypa) but the preservation is not good enough to really narrow the ID.  I'd suggest that an ID of Monotrypa sp. (which forms hemispherical colonies with flat bases and is known from the lower to middle Devonian of New York) would be more appropriate for the age of the specimens but for now they will have a question mark on my labels.
All the specimens I have are very light with some clearly being hollow as a rattling can be heard inside when turned.  It is my interpretation that these are partially preserved examples with the exterior being the most extensively replaced. These likely represent casts of the actual calcitic fossils that dissolved away during the silicification process. Since surface details are lacking, the original skeletons could also have been tumbled on the seafloor prior to fossilization.
A clutch of specimens that all show similar features 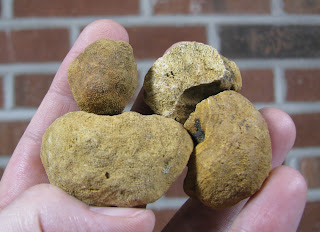 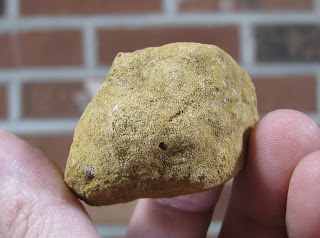 Dorsal surface of the specimen showing the small corallites 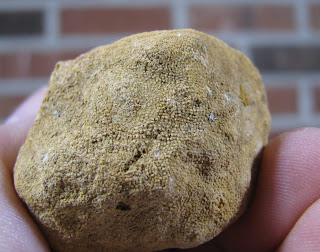 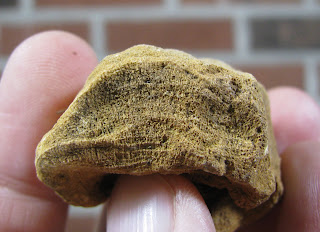 Bottom of the specimen which has features that could either be from growth over a non level surface, or dissolution features prior to silicification of the fossil. 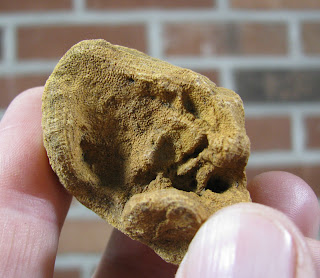 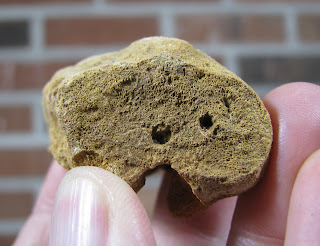 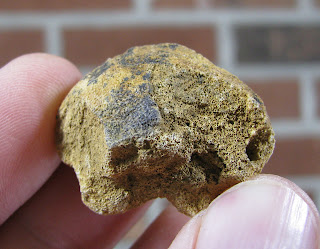 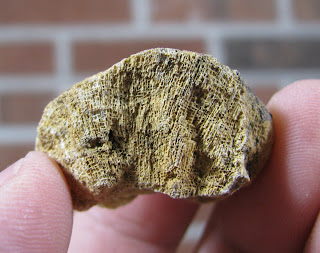 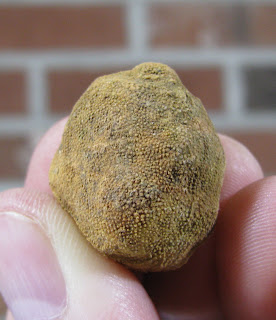 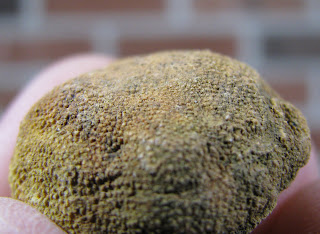 I received these specimens via trade. They come from a quarry in Clark County, Indiana which is near Louisville, KY. The fossils are dated (roughly) to the middle Devonian (Givetian stage).