There is a small "button" coral that can be found in the Devonian rocks near Louisville, KY.  It's called Hadrophyllum orbignyi and is most commonly found in the Speed Limestone formation. I've received a number of specimens from my friend Mike P. that he has collected, but I have not found any myself.

Below are two specimens that are preserved by quartz. The preservation process is not terribly good but the basic features of the coral are preserved. You can recognize the septa and fossula (the wider gap at 12 o'clock in the first specimen). Fossula is from the latin word for ditch or trench which is a good description of the feature in rugose corals.

I call these types of fossil coral "buttons" because they are small, round and have a flat profile.  Compare these to the species Microcyclus thedfordensis that is found in the Arkona formation of Canada. 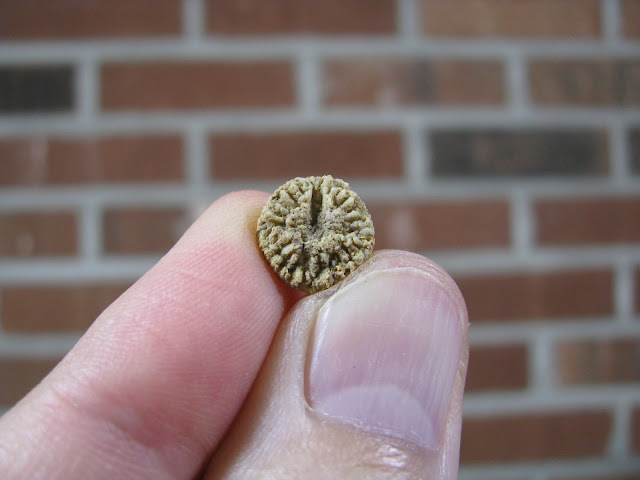 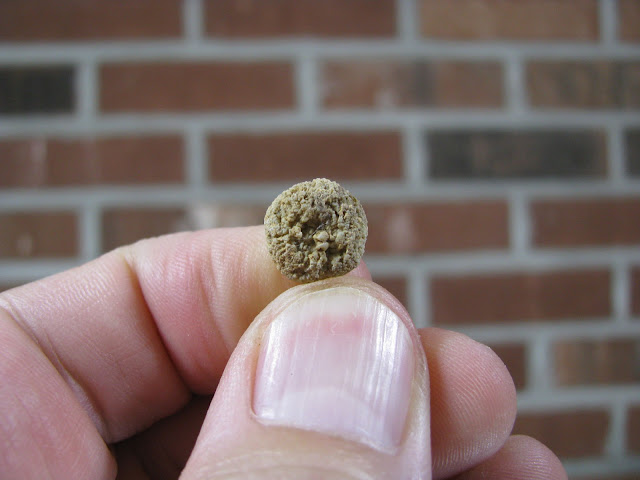 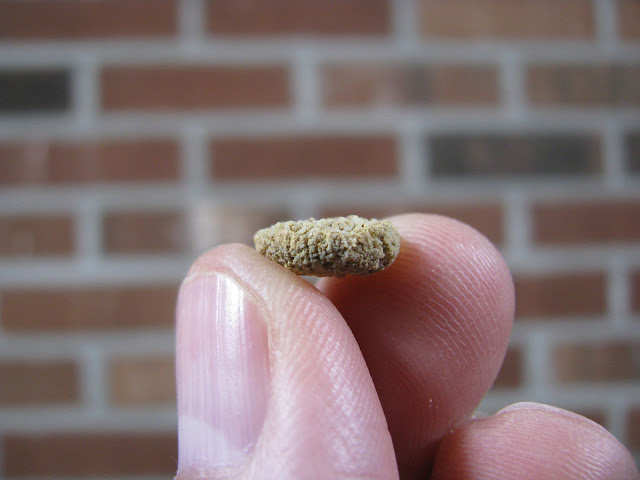 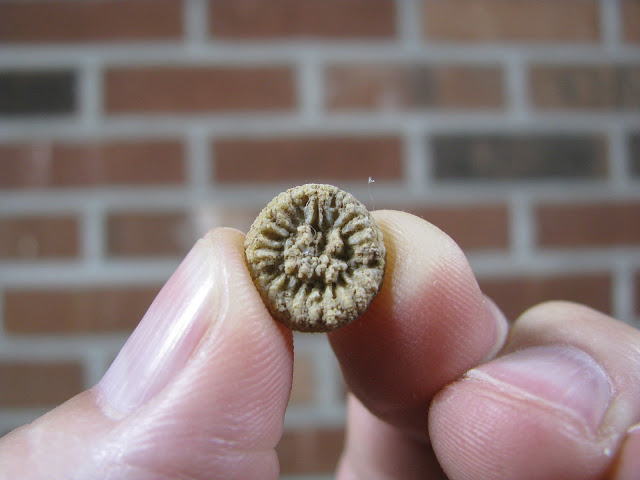 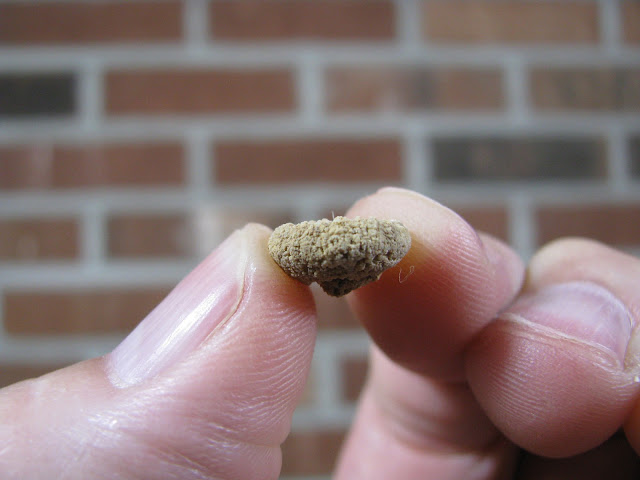 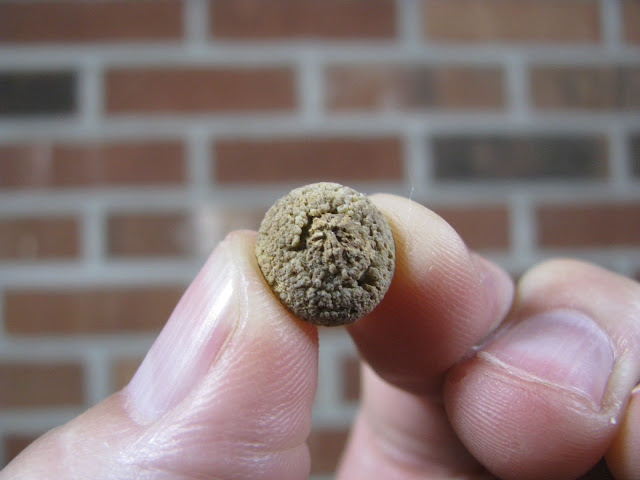 These specimens were found in Clark County, Indiana near Louisville, KY. They come from the Speed Limestone which is middle Devonian in age (Givetian stage). Thanks to Mike P. for the specimens!