Exploring the Martin formation of Arizona

Back in March I took a couple of days off ahead of a week of corporate meetings in Tucson, AZ to do some exploring in the Grand Canyon state. Besides visiting the typical tourist destinations, Grand Canyon, Petrified Forest, Meteor Crater, etc., I got in a little fossil collecting. One of the spots I visited was just south of the Mogollan Rim in the Tonto National Forest near Payson, AZ. The hills north of Payson expose paleozoic rocks from the Cambrian through the Permian. My target was exposures of the upper Devonian (Fransian stage) aged Jerome Member of the Martin Formation. Within the Jerome Member are silicified fossils with some good to excellent preservation. Much of what you find are corals but there are some Brachiopods to be found as well. Following some helpful advice from a Fossil Forum member, and a couple of guide books, I picked an area along the Fire Control Rd. to explore.

A view of Fire Control Road with the Mogollon Rim in the distance. 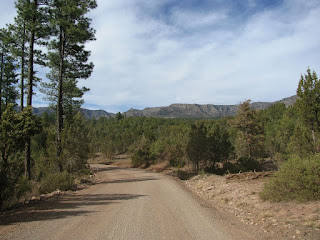 The area I stopped at had a jeep trail that ran roughly parallel with Fire Control Road. It was too difficult to try and drive my rental SUV up the transitional slope from the road to the trail so I parked about 1/4 mile down the road at a pull off. 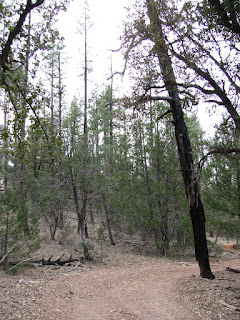 As I walked along the trail I was finding some small, broken pieces of coral in the dirt. There are also many white concretions that occasionally had hollow, geodized areas within. The concretion exteriors resembled cauliflower and appear to be composed entirely of Quartz. 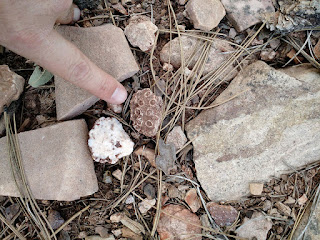 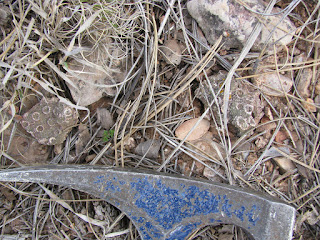 I was not finding any larger pieces by walking along the trail so I decided to hike uphill and see if I could find the source of the float. 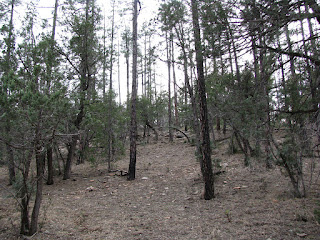 It wasn't long before I found exposures of limestone poking up from the pine straw. 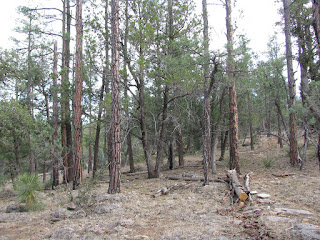 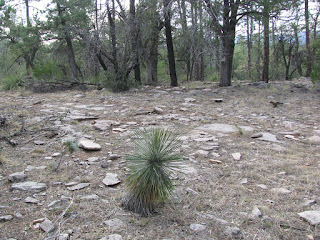 There were also many more pieces of the silicified coral lying about as well as some embedded in  loose rock and large boulders. 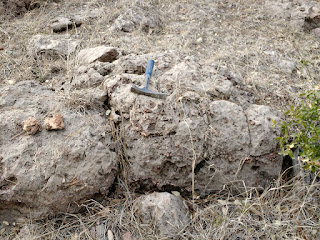 Fossils other than coral were not very common but I did find some areas with brachiopods weathering out of the rock. Overall they were not as well preserved, I think due to their thin shell which fell apart easily during the weathering process. 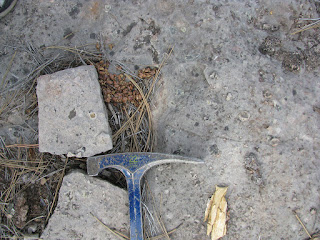 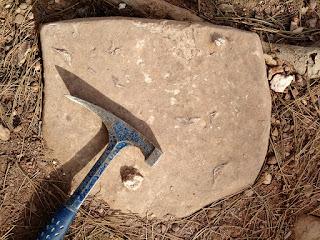 As I was travelling I had to limit myself on how many fossils and matrix pieces I could bring back. There was so much material at the site I visited that I could easily have filled several suitcases. I'll detail some of the fossils I found in the next few blog posts.