Family Fistuliporidae (?) bryozoan colony from the Martin formation of Arizona

One of the most mysterious fossils that I found in the Martin formation of Arizona is this large chuck of silicified rock. The softball sized piece is composed entirely of a single colony of some sort of coral or bryozoan. As you can see in the pictures below, it is a very three dimensional piece with "pores" on all side and every surface. The small openings vary in shape but do show some "flowing" features that I interpret as a growth pattern. I don't think this is the coral Alveolites as the corallite openings of that genera are flattened and resemble fish scales. It's not likely a sponge due to the many small openings and growth patterns which sponges or stromatoporoids do not possess. I'm thinking that this is part of a massive Bryozoan colony of some species in the Family Fistuliporidae. I have found similar large and massive colonial structures like this one from the Hungry Hollow mbr. of the Widder formation from Hungry Hollow, Ontario. 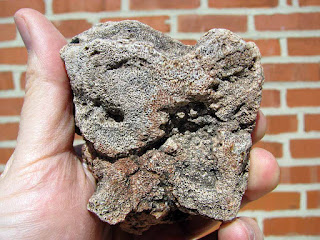 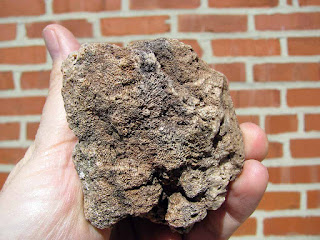 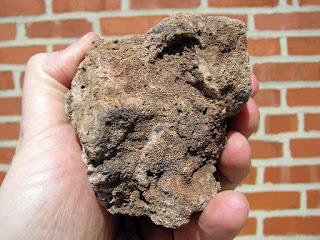 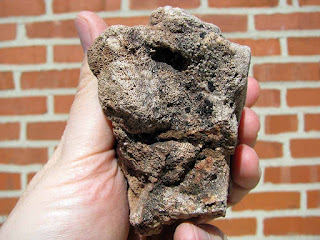 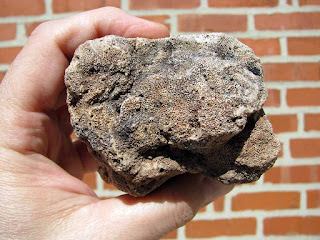 Closer views of the small openings. 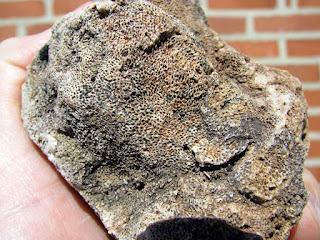 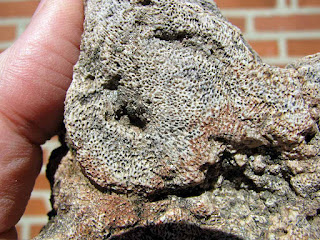 These specimens are from the Jerome member of the  Martin formation (Devonian, Fransian stage) north of Payson, AZ.
Posted by Dave at 12:01 AM