Aulopora sp. coral from the Martin formation of Arizona

Some of the silicified coral fossils that I found in the Martin formation of Arizona were composed of many small tubes that clustered close together. I recognized this as a form of Aulopora which is an encrusting type coral which sometimes forms clusters or chains on the surface of brachiopods, corals or any other hard surface. The coral colony expands by clonal budding with the new polyp attached to the exterior of it's progenitor.  Aulopora is always a neat coral to find as it often forms interesting patterns or shapes on whatever surface it encrusts.  Jeffery and Edith Langland do include a picture of an Aulopora specimen in their article (see reference below) that looks similar to the first specimen below.

Specimen #1 is a large, flat encrustation that appears to have colonized an overturned coral colony 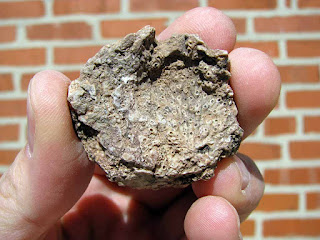 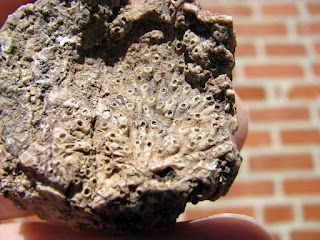 Specimen #2 appears to be less of an encrustation and more of a vertical aspect where the polyps are using the bodies of their neighbors as a support. To me this growth habit is more reminiscent of the genera Aulocystis. 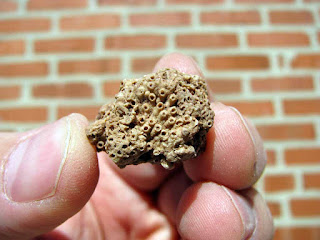 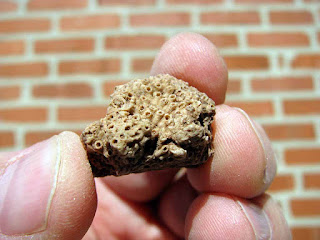 Specimen #3 has a similar growth pattern 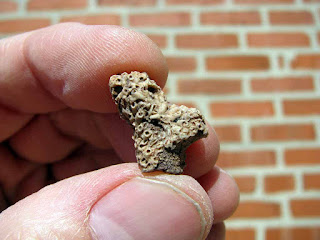 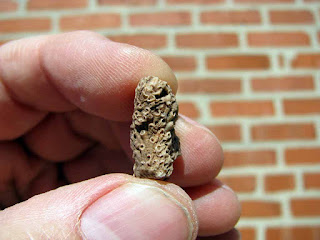 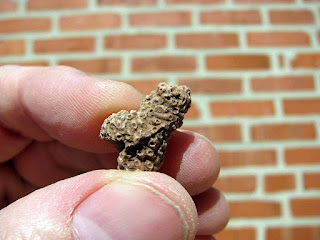 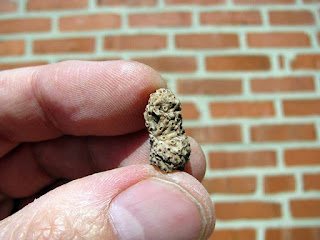 These specimens are from the Jerome member of the  Martin formation (Devonian, Fransian stage) north of Payson, AZ.