Thamnopora sp. coral from the Martin formation of Arizona

By far the most prolific constituent of the fossils I found in the Martin formation in Arizona is Thamnopora sp.  This genera is also called Coenites in older literature.  It is most common as finger like branches covered in individual corallites, but also forms amorphous masses. Teichert mentions in his paper:


Among tabulate corals Thamnopora is by far the most commonly represented genus, and in many beds it occurs alone (fig. 26). Like Amphipora, the branches of Thamnopora colonies are seen in many outcrops on weathered surfaces, even on entirely dolomitized rocks. The habitat of the colonies is similar to that of the "Rasenriffe" (meadow or turf reefs) of German literature, which are not reefs but are horizontally extensive dense growths or thickets of branching corals, generally composed of one species. (See, for example, Hotz and others, 1955, p. 64, 76, 95.) Branching tabulate and phacelloid rugose corals formed this kind of biota in Devonian times in many parts of the world.

Here is a rock with lots of Thamnopora sp. branches emerging from it. Based on the size of the openings there may be more than one species present. There also appears to be a specimen of Disphyllum sp. present as well. 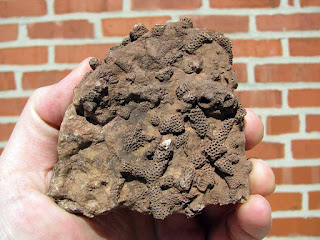 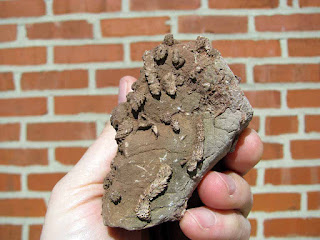 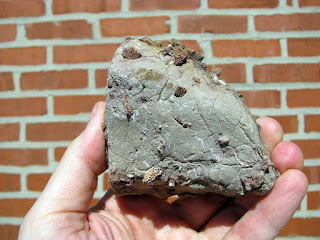 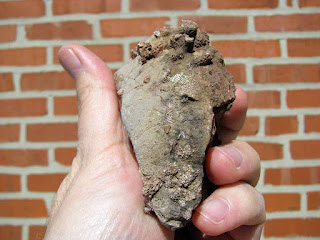 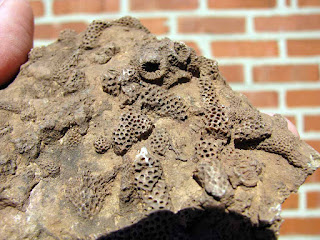 Here is a specimen that I etched out of the rock. It shows the amorphous mass like growth with branches that angle up.As I was photographing the specimen I noticed that there was a pattern near the base of the Thamnopora colony that looks like a Pachyphyllum corallum. You can see it in the second photo below and the last photo which is of the underside of the specimen. It appears that this Thamnopora colony either grew on an old Pachyphyllum colony or was living along side of it. 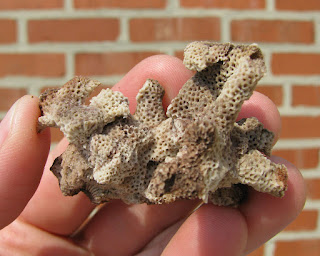 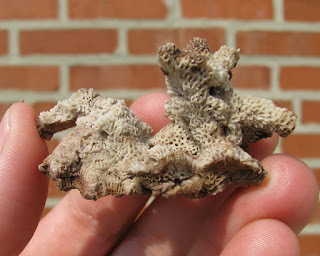 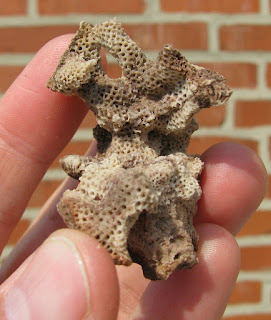 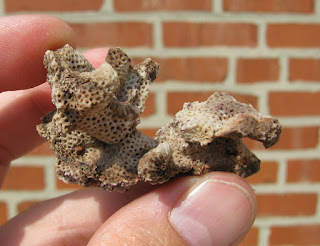 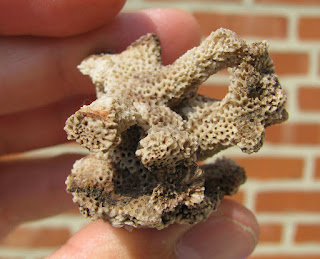 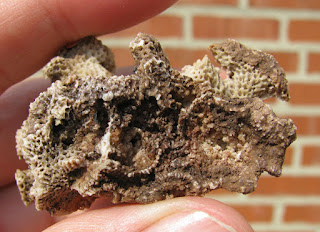 These specimens are from the Jerome member of the Martin formation (Devonian, Fransian stage) north of Payson, AZ.