One of the most common fossil corals that I found from the Martin formation is Pachyphyllum nevadense. Trying to get a nice big piece was hard as the fossils break off as they weather out of the rock. Pachyphyllum is a colonial rugose coral that is easy to recognize by the many circular corallites that are surrounded by linear striations. The lines are the septae of the coral which means that the body of the animal would have extended out of the cup shaped, round depressions until it met a neighbor. As colonial corals of all kinds are clonal by nature, this would not have been an issue between members of the colony, only if it met a different colony.

This is a small, complete colony which shows some vertical growth. Perhaps this indicates that it had to compete with other surrounding colonies for space or needed to outgrow the deposition of sediment around it's base. 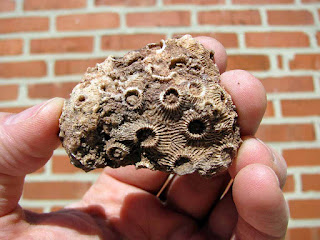 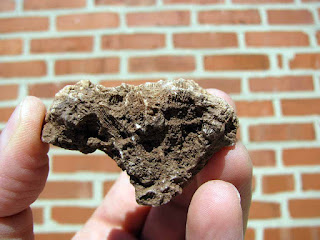 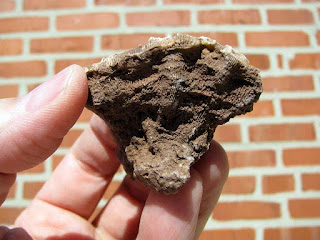 Here is a larger colony which appears to have been later colonized by a stromatoporoid (along the edge of the piece at the top of the picture). 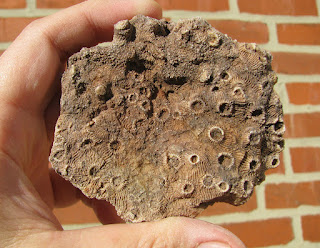 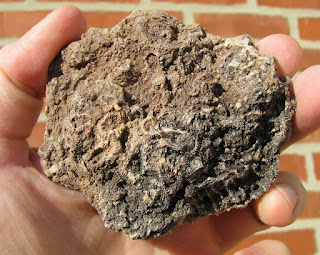 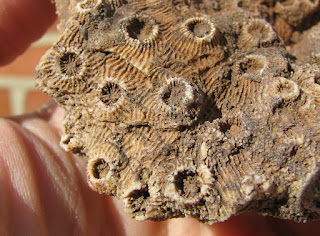 Lastly is this nicely preserved, but partial colony. 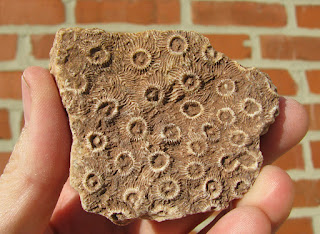 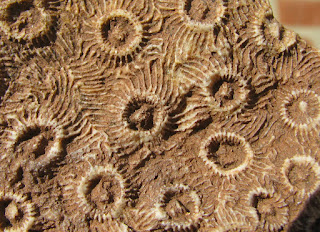 A side view of the colony where you can see the generally wide and flat growth pattern. 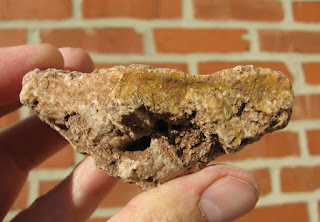 This is the underside of the specimen. It appears to have either not been fully preserved or perhaps was exposed and reworked on the ocean floor before final burial. 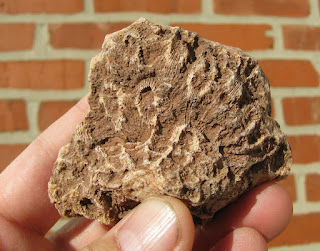 All the fossils shown on the page have been silicified (replaced by quartz). This process can sometimes be imperfect and that is why there are often gaping holes or seemingly incomplete preservation. These specimens are from the Jerome member of the Martin formation (Devonian, Fransian stage) north of Payson, AZ.

Compare these specimens to P. woodmani from Iowa and Phillipastrea sp. from Morocco.
Posted by Dave at 12:01 AM