I recently was able to purchase some really nice fossil corals from Morocco which I am tentatively identifying as Phillipsastrea sp.  This species is a colonial rugose coral that lived during the Devonian period, but instead of having depressed calices (or cups) that protected their bodies, they appear to have inverted that  model. Individual corallites are convex and poke up above the colony base. They have small dimples or cups in the center of each individual with septa radiating outward along the exterior of the mound until they met their neighbor. Since each coral colony is basically a group of clones there is little infighting between corallites. These fossils remind me of the modern coral Cycloseres sp. and it's fellow "Mushroom" corals in the Fungiidae family of Scleractinian corals.

The largest is this 8" (22cm) plate which is a complete, intact colony. This is the ventral surface 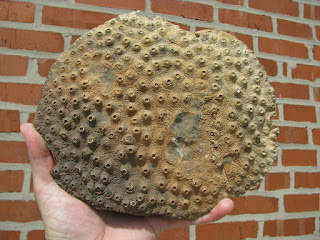 A closer view of the individual calices 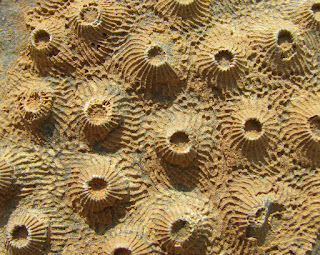 The colony is somewhat squat and spread out which indicates that there was little influx of sediment that would otherwise cause it to grow upwards more that outwards. 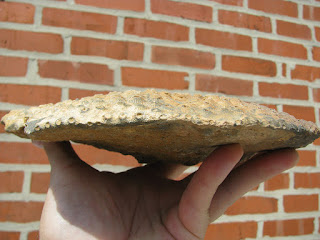 A view of the dorsal surface which was in contact with the substrate. The lack of an obvious hard attachment point indicates the colony grew on a semi-solid substrate rather than on top of other debris. 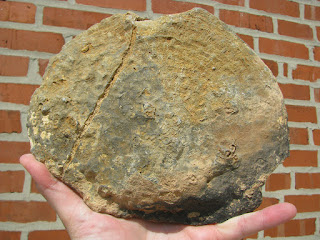 A closer view of the dorsal surface. The epitheca appears to have taken the brunt of the weathering as you can see some of the coral structure rather than a plain surface. 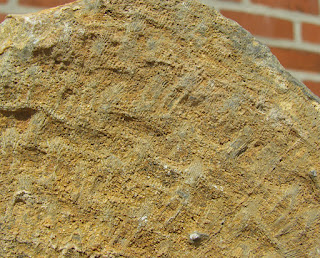 I also got a few smaller, hand sized samples like this specimen. 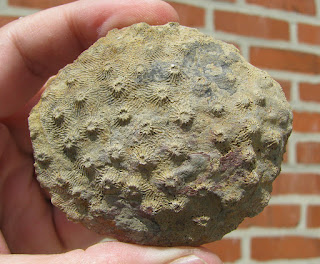 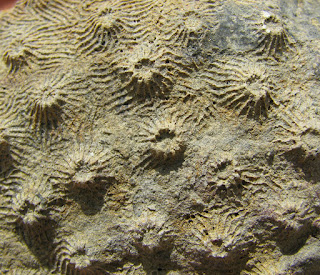 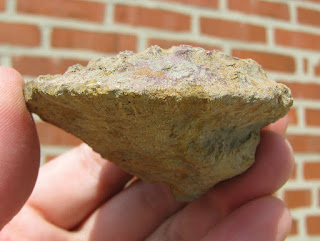 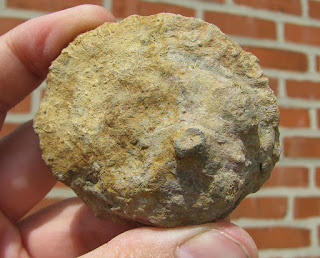 And this one which also features a horn coral cousin on the side. 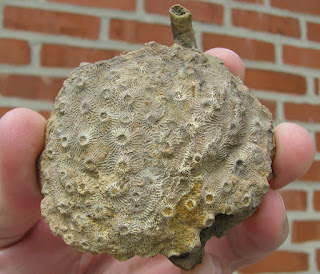 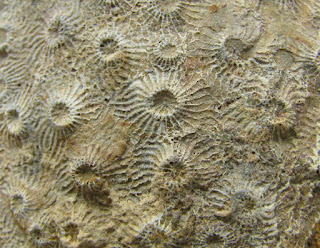 Note that this specimen exhibits some rejuvinational growth, perhaps initiated after a storm partially covered the colony. 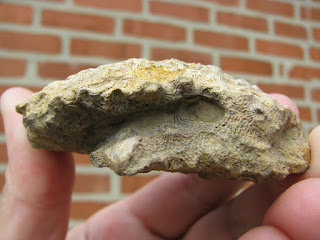 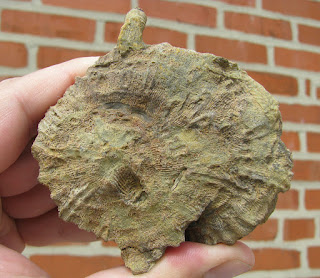 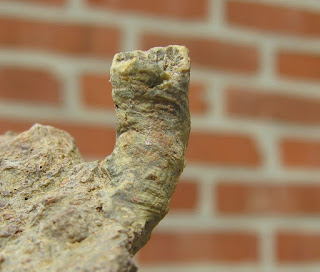 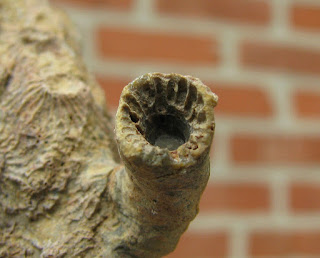 All three specimens came from Morocco and are from the Devonian period. It comes from the Taouz region but I do not have any other locality information for it.
Posted by Dave at 12:01 AM