Hindia sphaeroidalis sponge from the Viola formation of Oklahoma

I found one specimen of the sponge fossil called Hindia sphaeroidalis. in the Viola formation roadcut south of Sulphur, OK. This species spans many millions of years and is known in rocks from the Ordovician up through the lower Devonian. I've also found examples of this species from the lower Devonian aged Kalkberg formation of New York, but there they seemed to get much larger. The shape of the fossil is like a large pea with many small openings on all surfaces. The round shape seems to infer that it preferred an environment near the wave base where it would be rolled around at times. This is the first specimen I have found from the Ordovician. 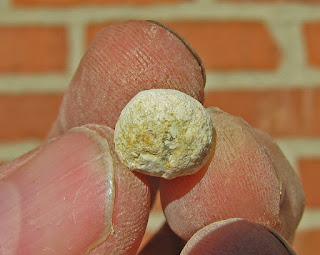 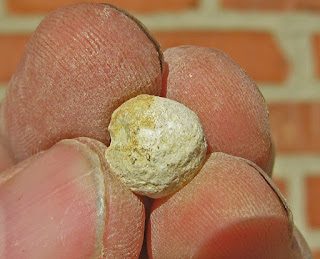 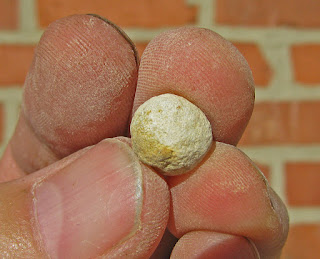 A closer view showing the many tiny openings on the surface of the fossil. 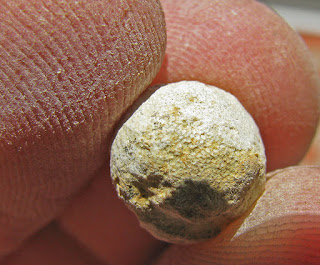 This specimen comes from the Viola formation which is upper Ordovician (Sandbian to Katian stage) in age and overlies (unconformably?) the Bromide formation. I found it in a road cut along US 177, south of Sulphur, Oklahoma.