While searching the spoil piles of Mt. Laurel formation sand (Cretaceous, Maastrichtian stage) at the C&D canal in Delaware, I often find Pycnodonte oyster shells with worm tubes on them. These are called serpula and are considered Epibonts. 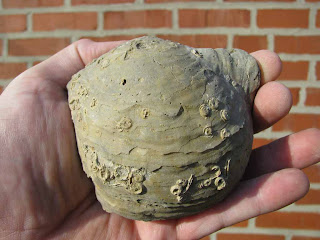 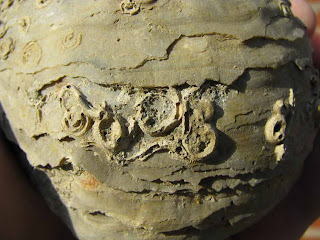 Some are weathered away and you can see just the bottom of the tubes where they attached to the shell. 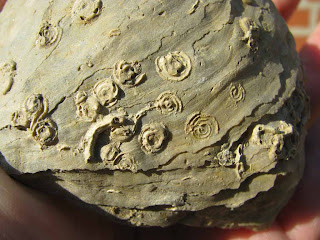 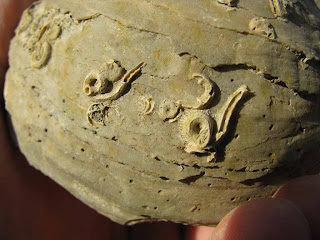 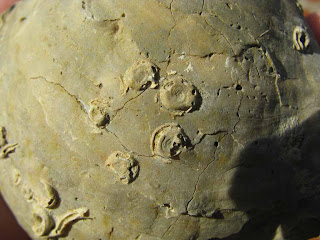 Epibonts are organisms that live on the surface of another individual and are generally non parasitic. It's possible that this shell was colonized after the oyster died since they seem to only be on the convex, left side valve. Generally that valve is facing downward into the substrate upon which the animal rests. Often their sometimes coiled tubes can be confused for a gastropod shell.
Posted by Dave at 12:01 AM