This fossil was an odd one for me when I found it. It's a spine from a Hybodont shark but at first I thought it was a tooth from some sort of shell crushing fish or shark. It's a U shaped piece of bone with some small bumps along the surface. This was found at Big Brook near Marlton, NJ and comes from the late Cretaceous (Maastrichtian stage) aged sediments of the Navesink formation. 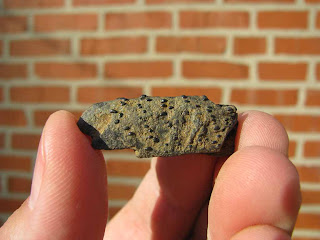 The fossil was delicate after I first found it and I had to repair a couple of breaks like the one you can see below..... 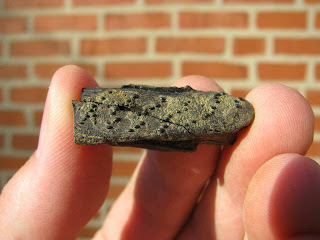 and along the ridge between the two sides. 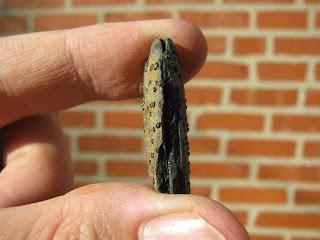 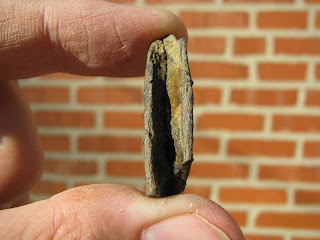 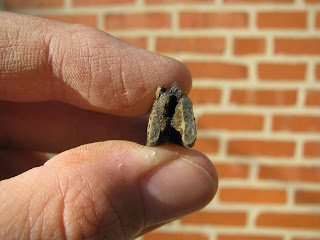 The spine was on the exterior of the Hybodont sharks dorsal fin and ran along the front edge. Apparently it was used for defensive purposes.

Here is a good page from NJfossils.net which talks about Hybodont sharks and the material that can be found at Big Brook in Monmouth county near Marlboro, NJ.
Posted by Dave at 12:01 AM