A cool fossil that I've never found but have purchased are aptychus from Ammonites. Aptychus are hard, bilateral plates that often are associated with Ammonite remains but not always articulated with the shell. As such there has been some confusion over the years as to what they are and their purpose. Some say they are similar to the operculum found in Gastropods, others that they are parts of the jaw of the animal. In either case initially they were thought to be Pelecypods because of the bilateral symmetry.

Below are examples of an aptychus called Lamellaptychus seranonis from the Lower Cretaceous (Valanginian) rocks near Montbrun in France. This first set illustrates the bilateral symmetry very well and you can see how there could be some confusion with Pelecypods. 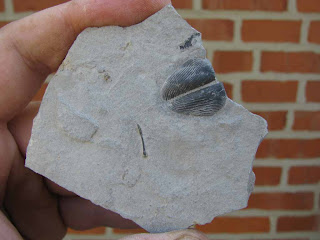 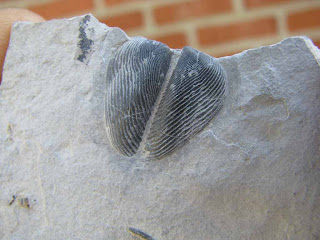 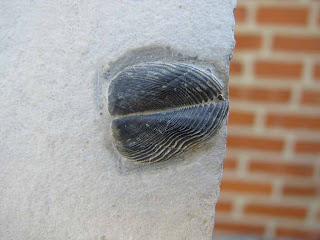 Sometimes the aptychus are found broken apart. When this happens it's referred to as an anaptychus. 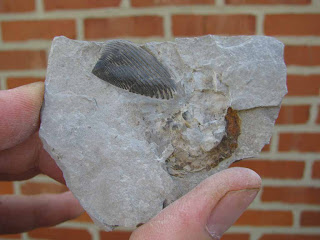 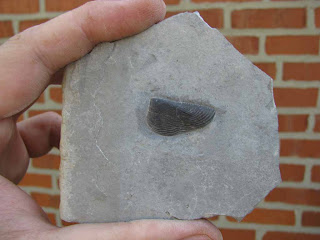