My friend Christian sent me a couple of inarticulate brachiopods from Sweden as part of a trade last year. Inarticulate brachiopods are considered such because they do not have a pedicle muscle with which they can anchor their shell. Instead they typically cement one valve to a hard surface, such as a rock or clam shell, leaving the other valve as a hard cap over the soft body. In order to feed they lift the cap up as there is no hinge line. 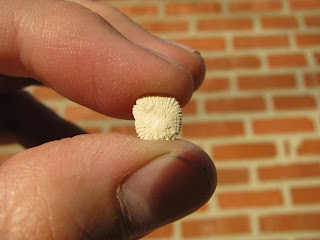 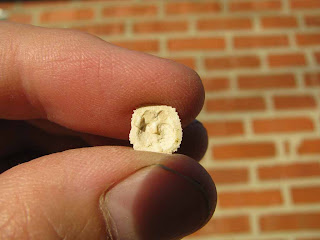 The second specimen is Crania craniolaris. 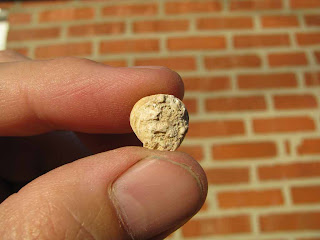 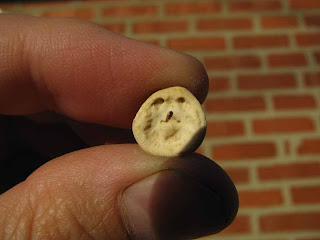 Both specimens come from the same quarry near Ignaberga in the providence of Scanie, Sweden. The quarry mines a layer of rock that is from the Campanian stage of the Cretaceous. Thank you to Christian for sending me these specimens.
Posted by Dave at 12:01 AM