As a companion piece to the Ophiomorpha nodosa burrows I posted last week, here is a partial claw from the arthropod that lived in the burrows. It's called Protocallinassa and was a ghost shrimp that lived on the seafloor scavenging for food. It's not too commonly found as the exoskeletons often fell apart in the water current after death. 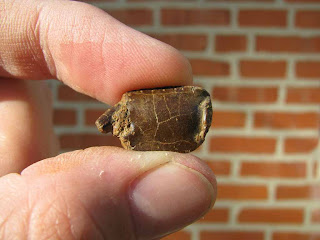 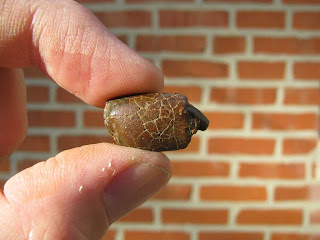 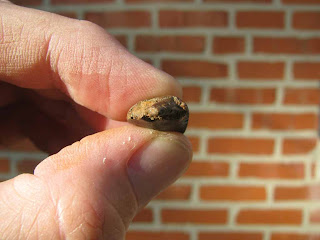 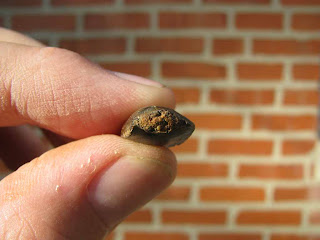 I found this fossil at Big Brook near Marlboro, Monmouth County, NJ. It probably came from the Navesink formation (Cretaceous, Masstrichtian stage)which lines the banks of the creek.
Posted by Dave at 12:01 AM