One of my favorite finds from my recent trip to NY was the discovery of whole Tropidoleptus carinatus shells. In a prior post I showed some examples of the species from the Mahantango. Up recently I had never found a complete shell with both valves intact and on display. My stop to collect from the Kashong shale member of the Moscow formation proved to be very fruitful and has changed my view of Tropidoleptus. Tropidoleptus is a good index fossil for the Devonian as it is first found in Lower Devonian rocks and disappears at the Fransian/Famennian boundary of the Upper Devonian. Below is a rotation of a typical Tropidoleptus shell found in the Kashong shale. 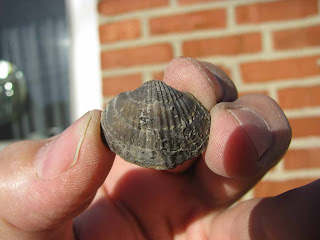 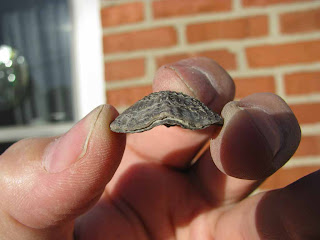 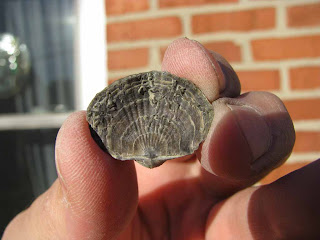 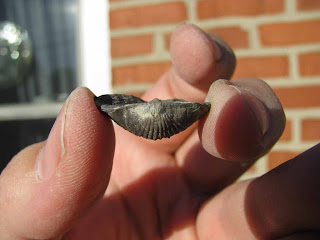 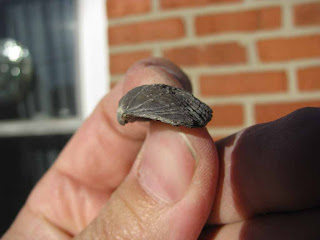 You can see that it has an overall flat profile with a slightly curved profile. Notice also that the Brachial valve is flat to convex, following the contour of the Pedicle valve. This is one of the first features that had me confused when I first found these fossils.

When one looks up the classification of Tropidoleptus it is currently placed in the Terebratulida order. This has not always been the case and has at times been a part of the Orthida and Strophomenida orders (depending on who was doing the classification). According to the Paleobiology Database, Tropidoleptus currently is ranked as the type (and only) genus of the family Tropidoleptidae. This is owing to the unusual nature of the fossil. It shares features with several different groups and defies being pigeonholed. To me, the overall appearance of the shell looks like a Strophomenid, such as Strophodonta or Rafinesquina, with their flattened, curved shells. But the wide, thick rays that line the surface of the shell imply a Rychonellid origin.


Another aspect of the fossil that has troubled me was that there seems to be some variability to the look and shape of the shell. Below is a rotation of a smaller (and presumably younger) shell. 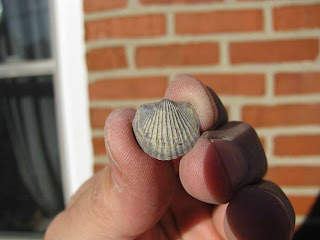 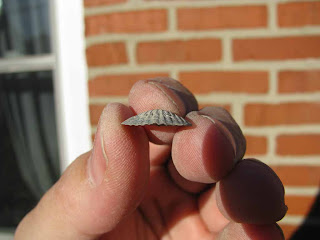 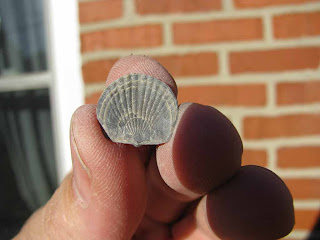 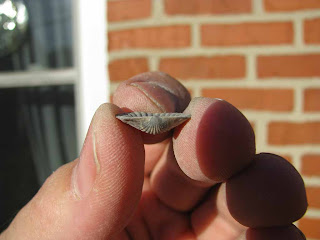 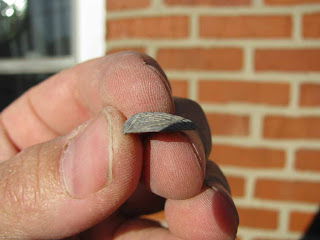 You can see that the smaller shell has a long hinge line which is close to the widest part of the shell. As the animal grew larger this trend becomes more exaggerated and the sides of the shell expand well beyond the width of the hinge line (as can be seen in the shell illustrated at the start of this post). Also note how the Brachial valve has strong concentric growth lines that ornament the shell like a sun rising over the horizon. If you were to find the Brachial and Pedicle valves separated then one could confuse them for different species. It's been a bit difficult for me over the years to accept that these disparate valves and shell width/age differences all added up to the same species. Regardless of what it looks like I'm happy to have found specimens that allow me to fully visualize the extinct animal.

Just for illustrative purposes: here is a shell from the Kashong Shale with some of the Pedicle valve missing which allows the muscle scars on the interior of the Brachial valve to be seen. 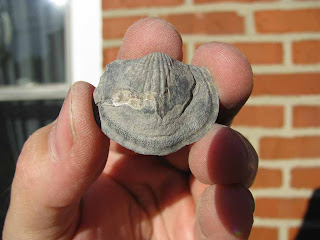 And here are a couple of examples of Tropidoleptus as found in my local Mahantango formation: 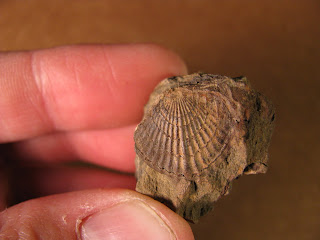 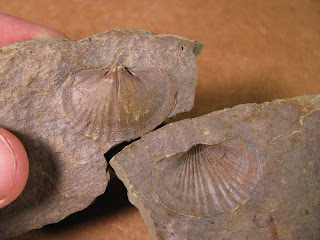 This paper: The Tropidoleptus Fauna at Canandaigua Lake, New York has a couple of pages concerning Tropidoleptus and is where I drew much of the information from for my prior paragraph.
Posted by Dave at 12:01 AM