Another find, from the new locality I mentioned in the last post, were these pieces of Bryozoans. 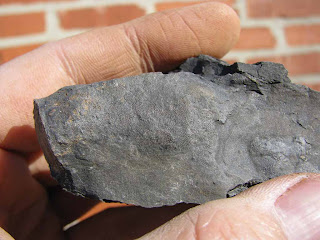 They could be corals but the diameter of the living chambers seem to be too small. 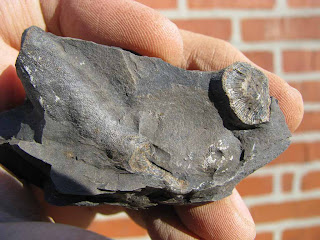 I was pleasantly surprised to see that the mineralized (calcite) skeleton was still present and had not been dissolved away. 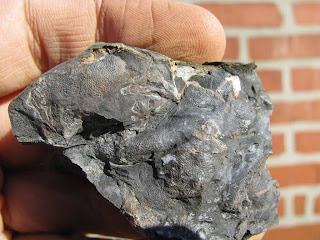 Although some specimens had been affected by ground water and only showed a small amount of the skeletal structure. 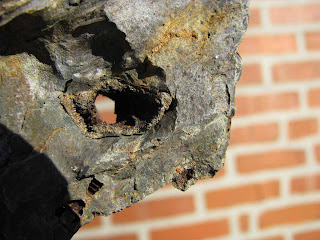 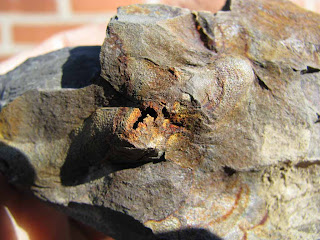 The colonies that I found seem to form short, fat finger like shapes and I think they fall into the Trepostomida order. They were only found within a certain area of the pit and likely were part of a layer or lens of stable seabed where animals could colonize. I have not been able to find any references to Bryozonas that look like these specimens yet. I've found specimens of similar looking Bryozoans from the upper Silurian called Rhombotrypa and Monotrypa but they don't seem to extend into the Devonian. Likely I will not find the truth out unless I were to thin section the specimens and examine them under a microscope.
Posted by Dave at 12:01 AM