More Mahantango finds from the flats that have accumulated in my attic from the 2010 collecting year.

This is a cast of the internal space within a Nucula sp. shell. It was two complete valves that were buried articulated as in life. Mud seeped into the empty space between the shells, where the animal once lived, and hardened. After the exterior shell dissolved away the cast was left behind. 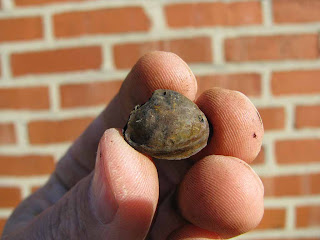 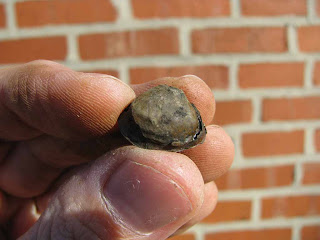 I like that the hinge teeth are preserved as part of the cast. 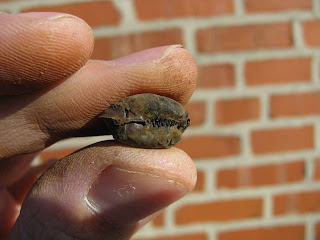 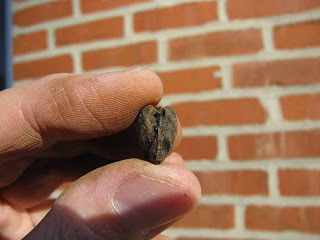 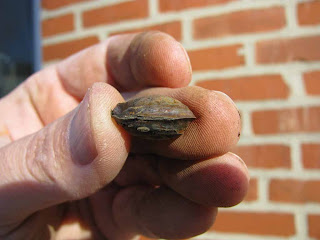 Nuculites is a common fossil within the Mahantango and below are some more examples. The most diagnostic feature for identifying this genera is the impression of the clavical groove that is found near the edge of the shell. 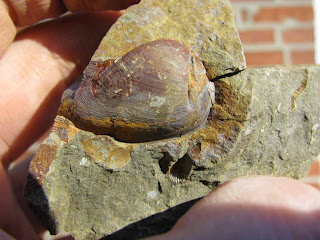 This was an oddball piece that I kept because it kind of looked funny. It is a large cephalon from a Dipleura trilobite but where the eye stalks should be are two chonetid type brachiopods. It's likely that this came about after the cephalon was flipped upside down by currents and settled this way on the sea floor. Later currents swept the brachiopod shells into the hollow trilobite skeleton fragment. 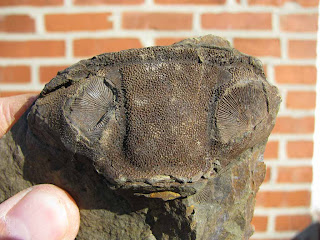