When you see a small rounded pebble looking thing on the ground, you often think it is just a water worn pebble. However, when you find it in a limestone quarry among freshly blasted rock, it might just be a small sponge called Hindia sp.  I've found one example of this at the St. Mary's Cement Quarry and I believe it is from the Coburg formation (as that is 90% of the exposed and quarried rock). However, William Hessin's book, "South Central Ontario Fossils", only mentions it being present in the Verulam formation.  It could either be that Hinda sp. is rare in the Coburn,  I picked this up from a part of the Verulam formation, or it got transported during a blast.  In any case, I don't have any that I know of from the Verulam either so this is still a win for me.

Hessin reports that there are two species of Hinda known from the Verulam formation but that they differ in the size and arrangement of the surface pores. I have not yet had a chance to view this specimen under a microscope so I am sticking with Hinda sp. for now. 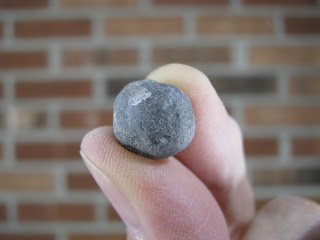 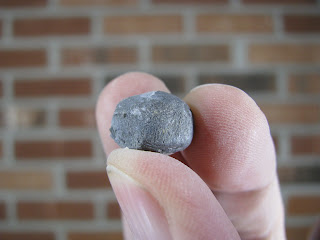 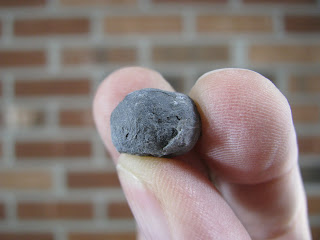 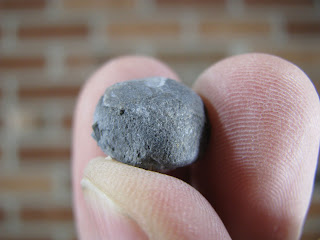