This is the last post dealing with fossils I've found in the Coburg formation for now. As I have only been to the quarry a few times, and the Coburg does not yield many loose fossils, I have only a small percentage of the fauna that are known from the formation. An inarticulate brachiopod is the focus of today's post but I am not sure of the name. From the look of it I would say Orbiculoidea sp. but William Hessin's book "South Central Ontario fossils" does not list that genus. Instead he lists a similar species called Schizotreta pelopea. 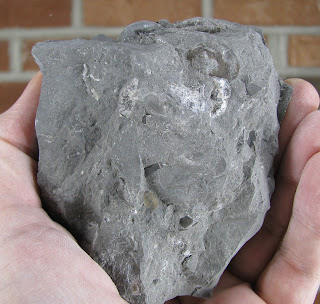 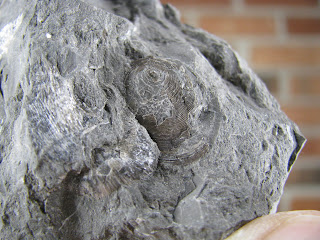 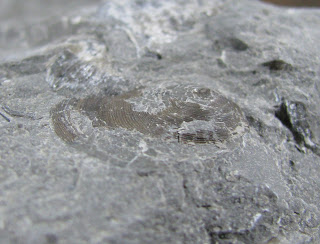 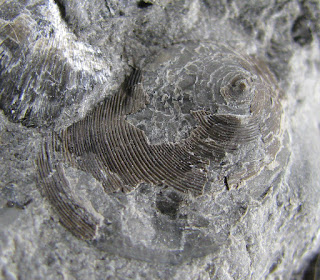 The Coburg formation is Ordovician in age (late Ordovician, Katian/Mohawkian stage).
This fossil was collected from the St. Mary's Limestone Quarry in Bowmanville, Ontario. I used William Hessin's book "South Central Ontario Fossils", 2009, Self Published, pg. 120 to help identify it.
Posted by Dave at 12:01 AM