Sometimes you make good finds not in the field but at home when you are sorting through your finds. The fossil below is such an example.When I picked it up I probably thought it was an inarticulate brachiopod but as I cleaned it up and looked more closely it seems to me that it might be something different. When you look at it in profile the very tip of the shell appears to point backwards rather than straight up. If this were an inarticulate brachiopod I would expect the tip to be straight or very muted. There also appears to be a hole in the tip of the shell which could indicate that the tip broke off or maybe it is supposed to be that way (anal opening?). My instincts are telling me this could be a Monoplacophoran which is a mollusk similar to a gastropod or snail but different enough to not be included with them. Still I am unsure as I can not find any information on Monoplacophorans being found within the Hamilton group. 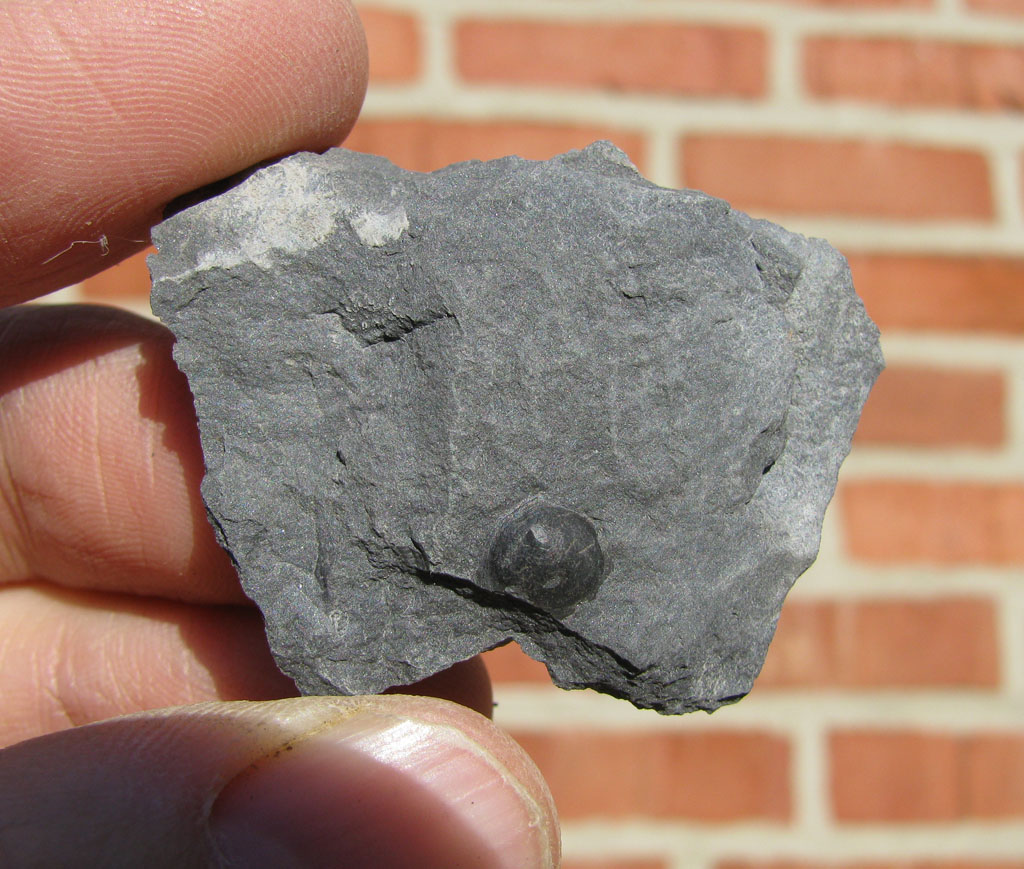 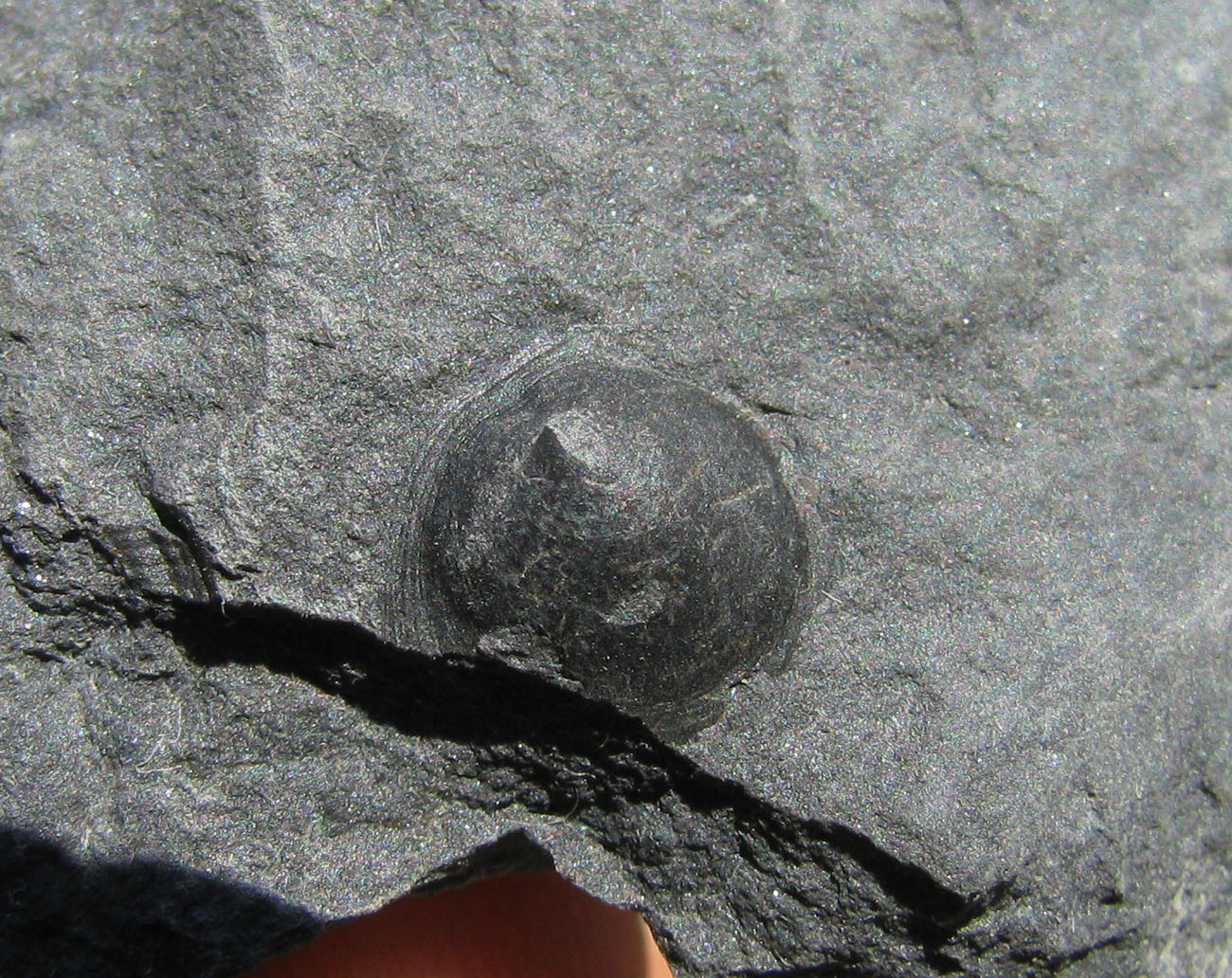 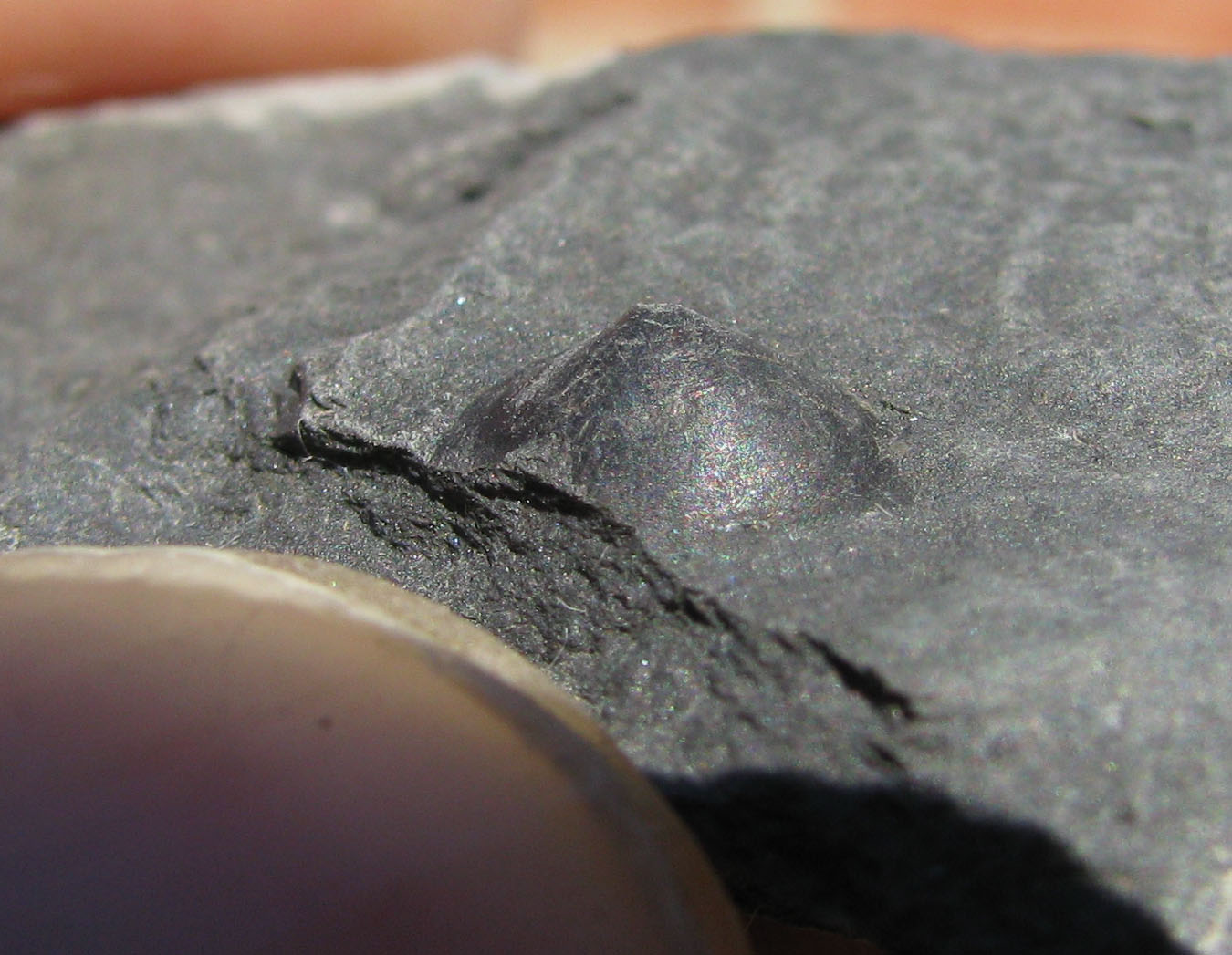 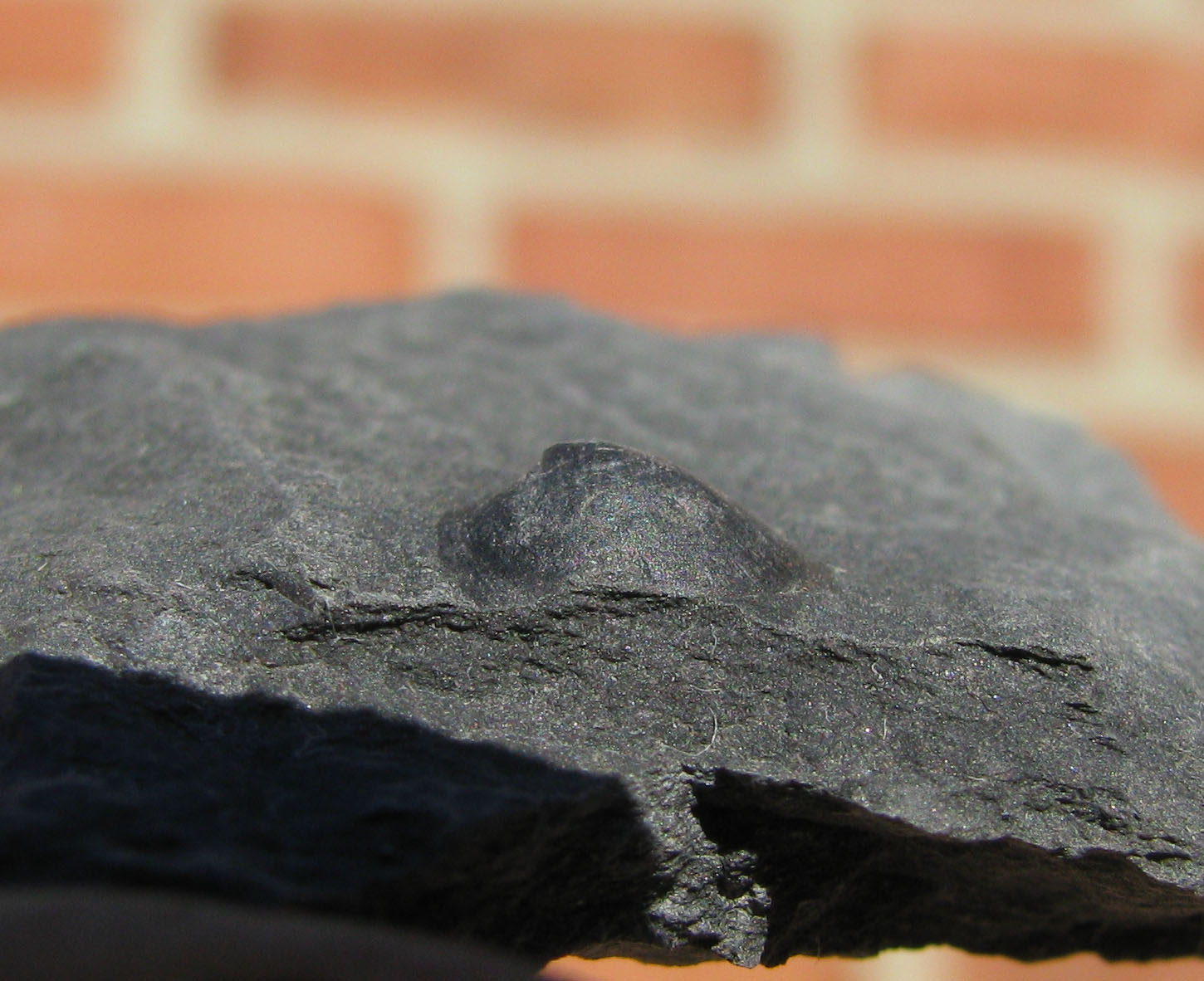 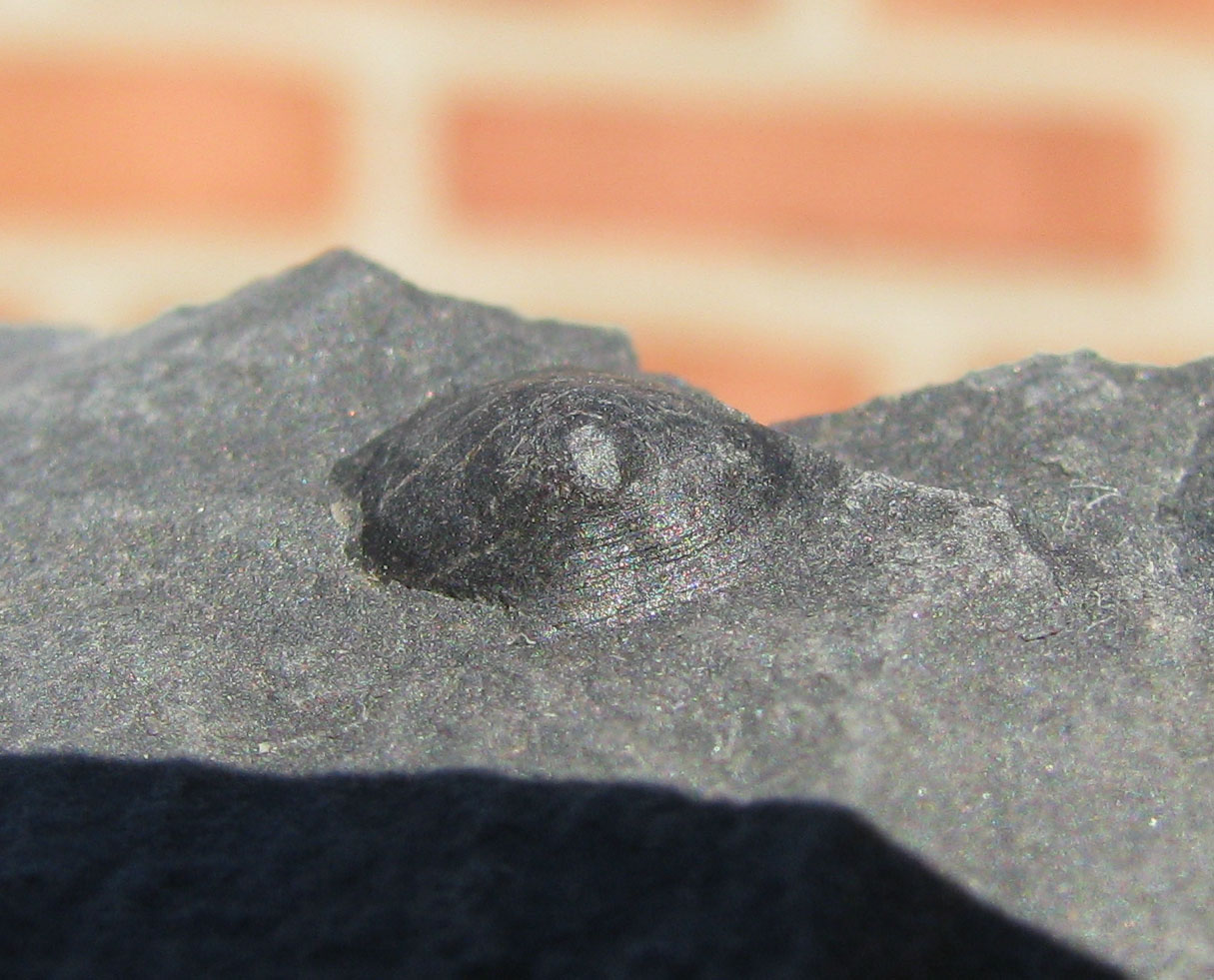 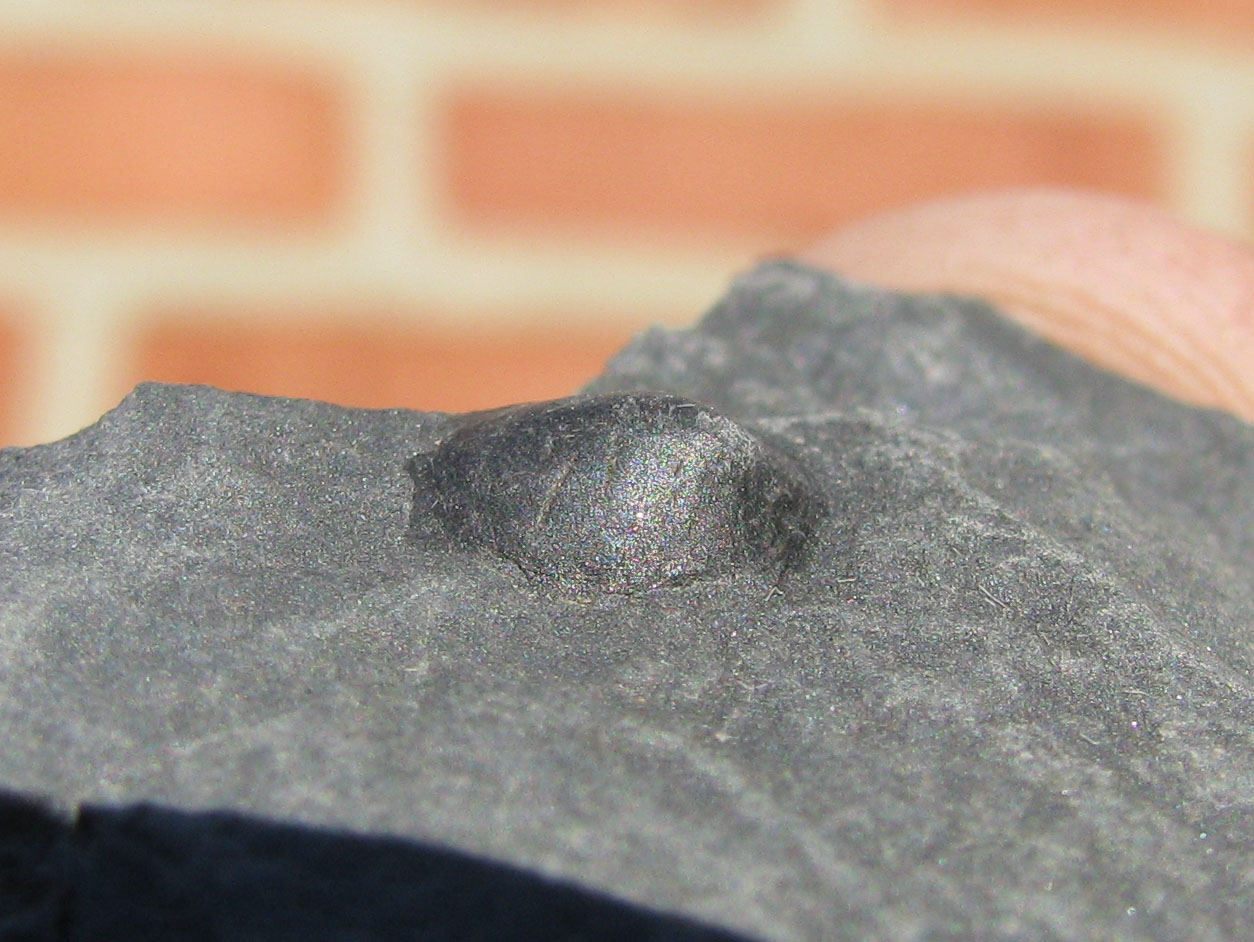 I have found Monoplacophorans before but they came from the Ordovician of the Verulam formation.
Posted by Dave at 12:01 AM