Among all the Triarthrus eatoni fossils that are found in the Utica shale (Ordovician, Darriwillian stage) at Little Falls, NY there are also many species of graptolite. The only species that I found was Geniculograptus typicalis but it occurred in profusion in places. 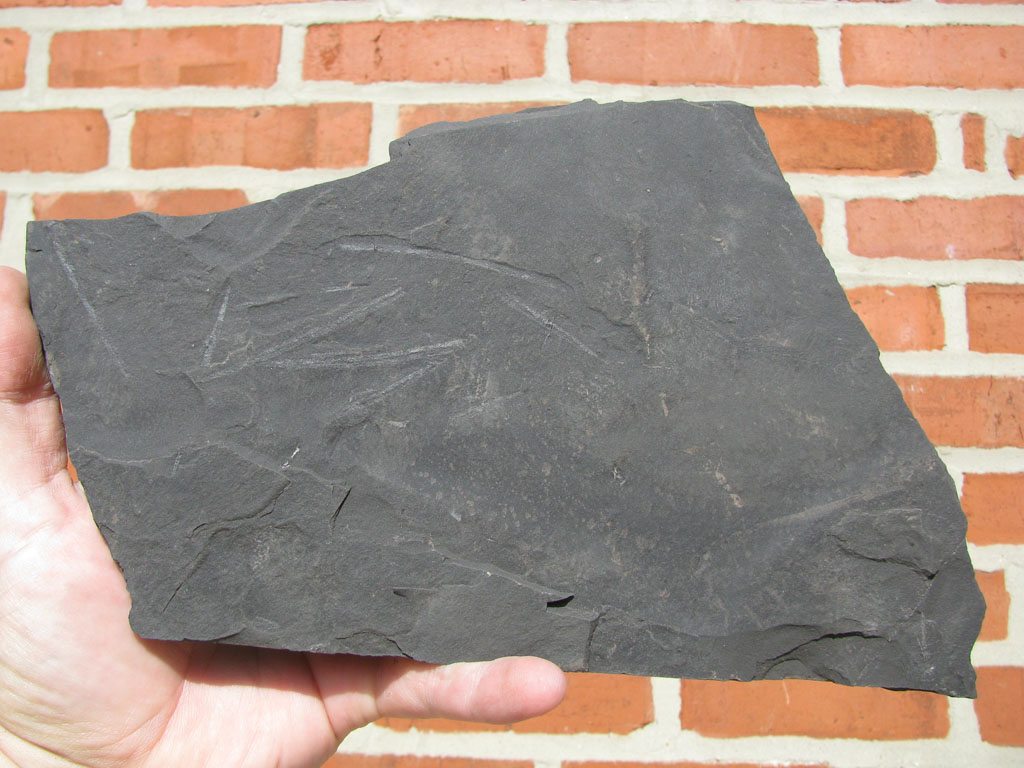 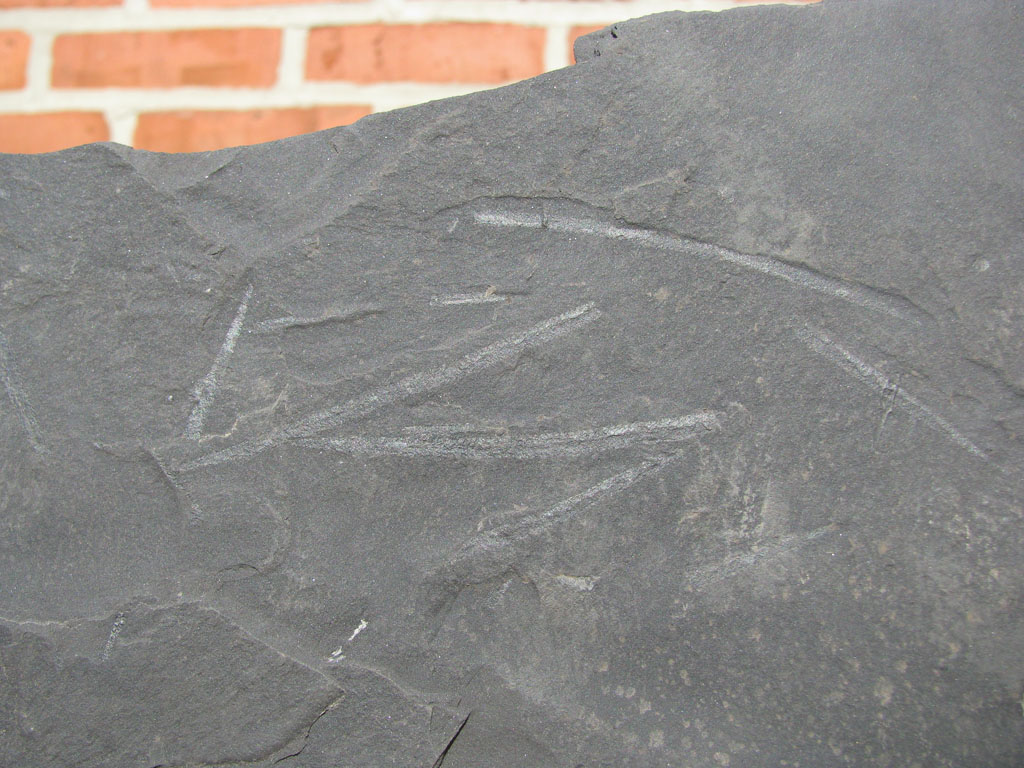 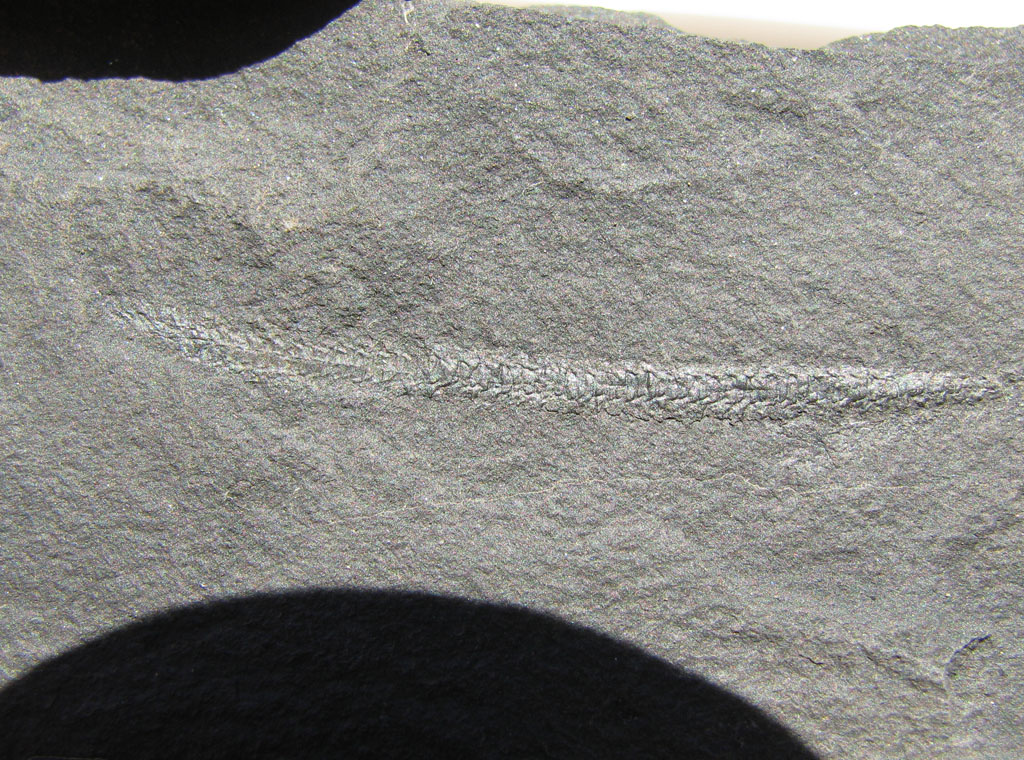 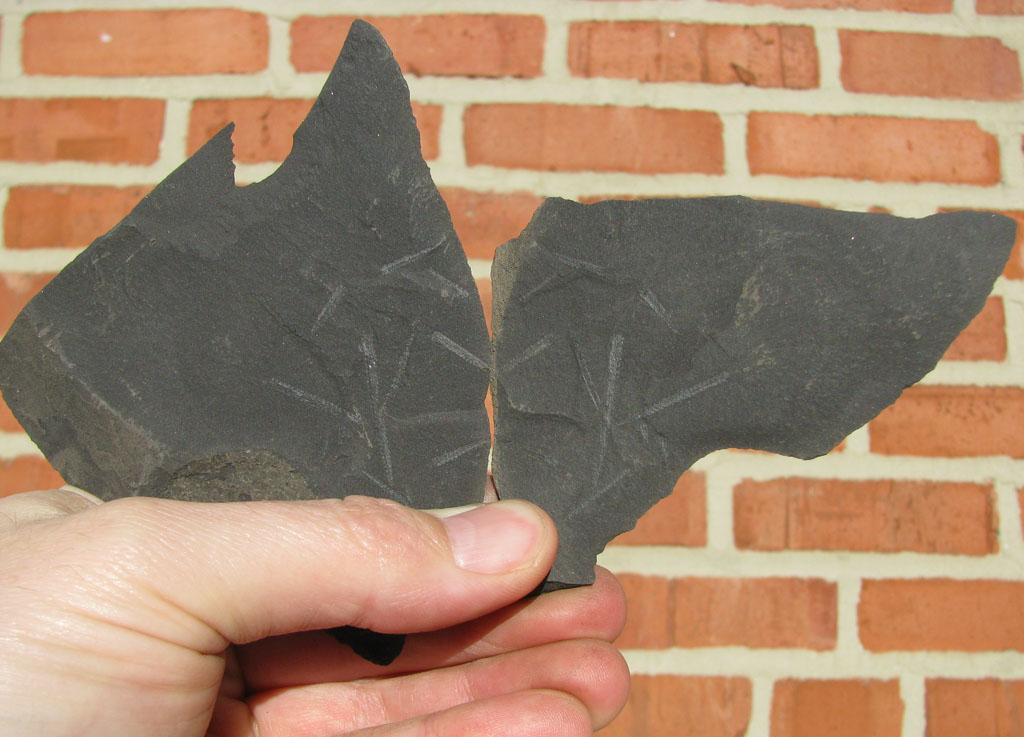 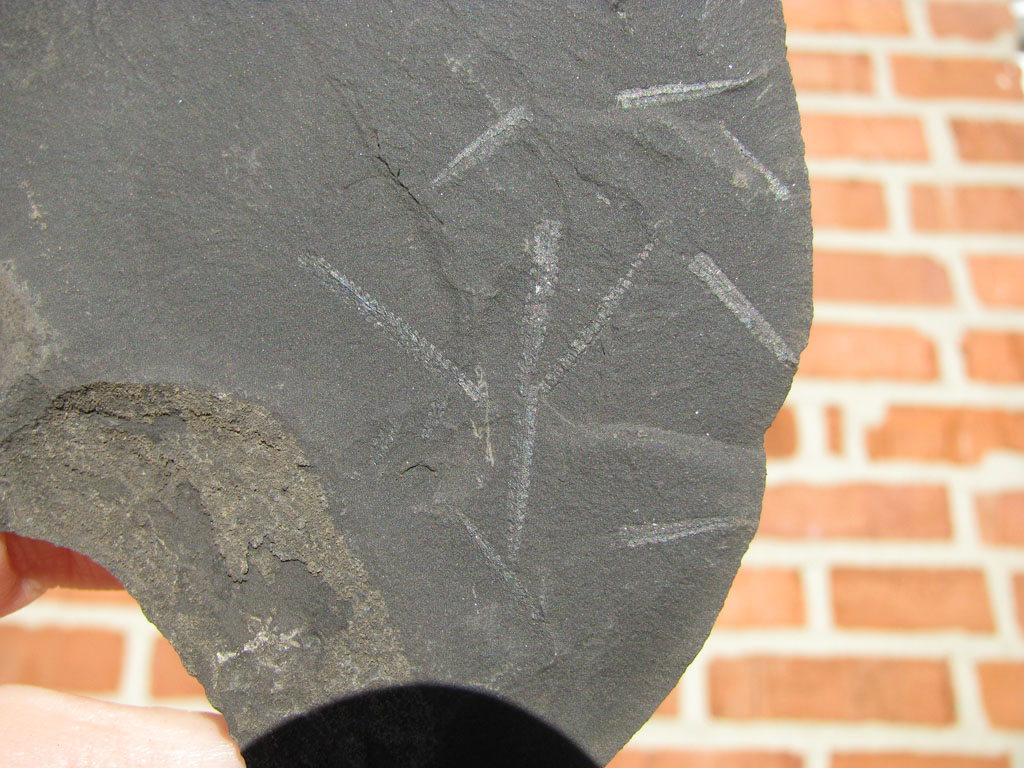 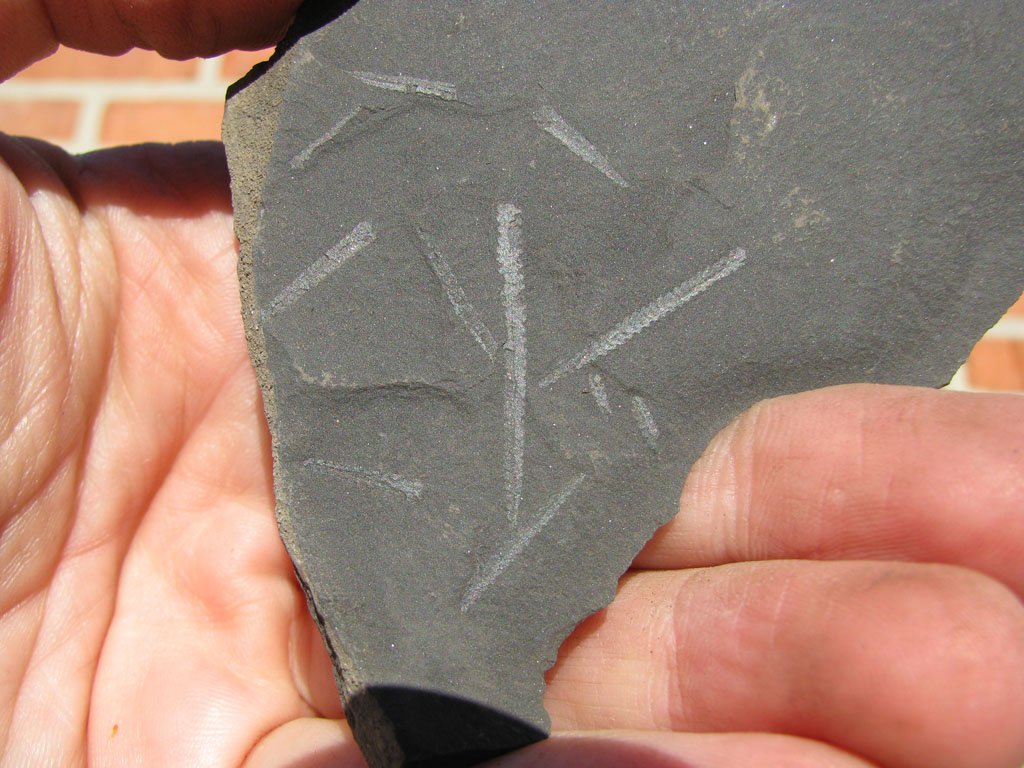 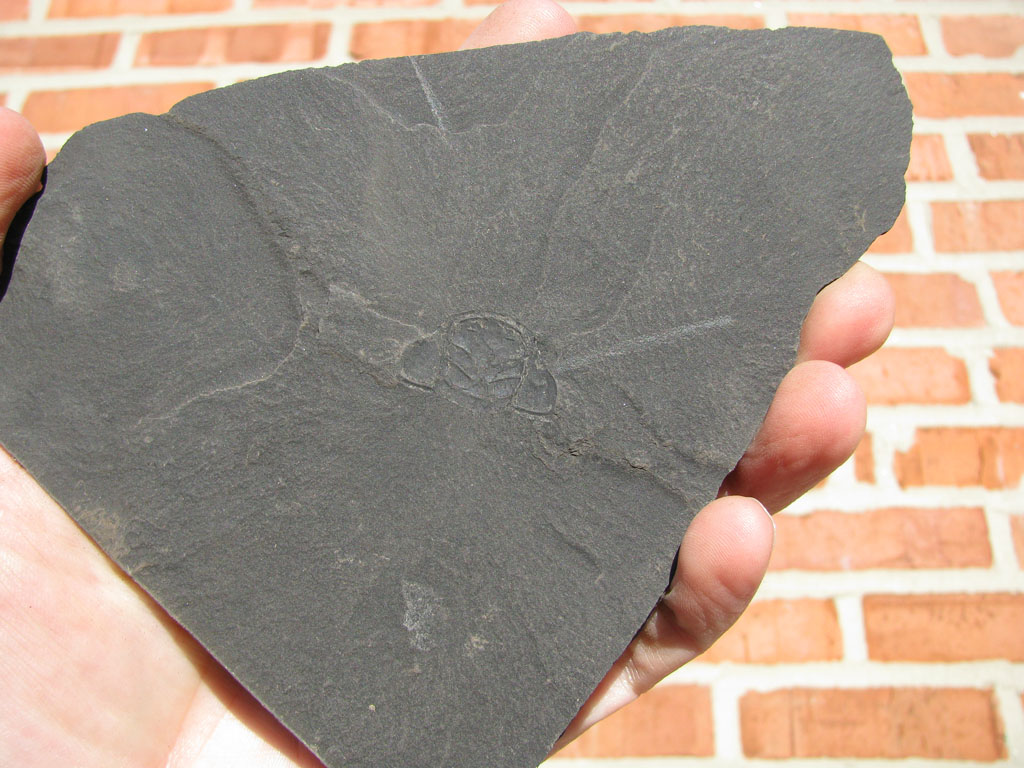 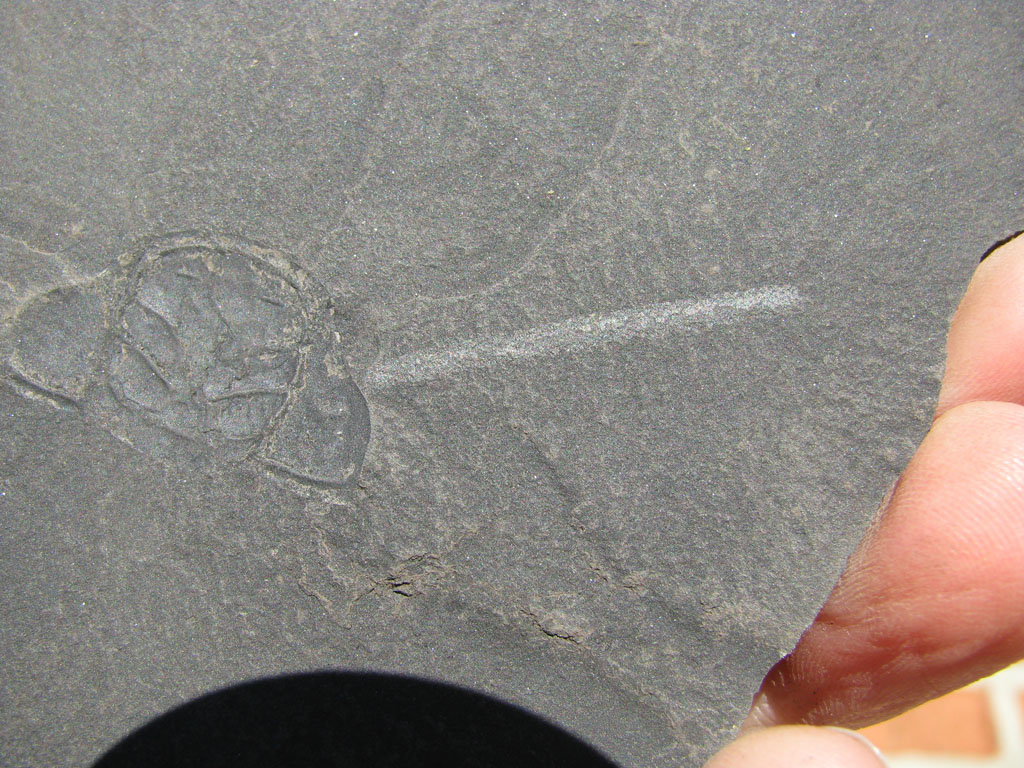 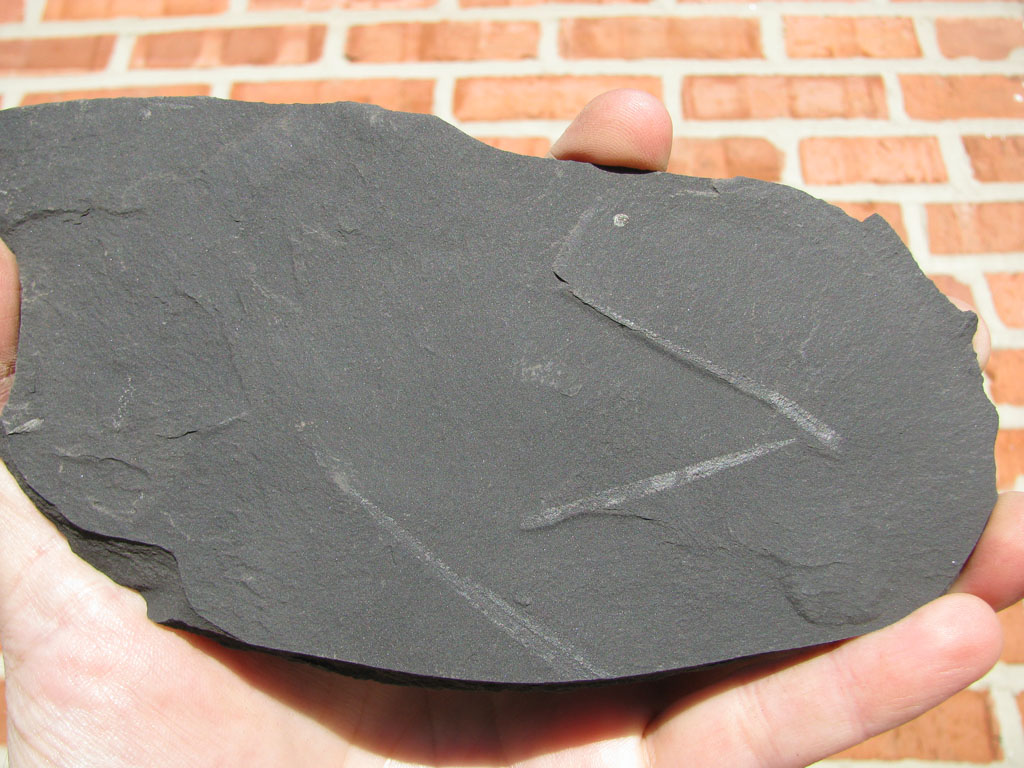 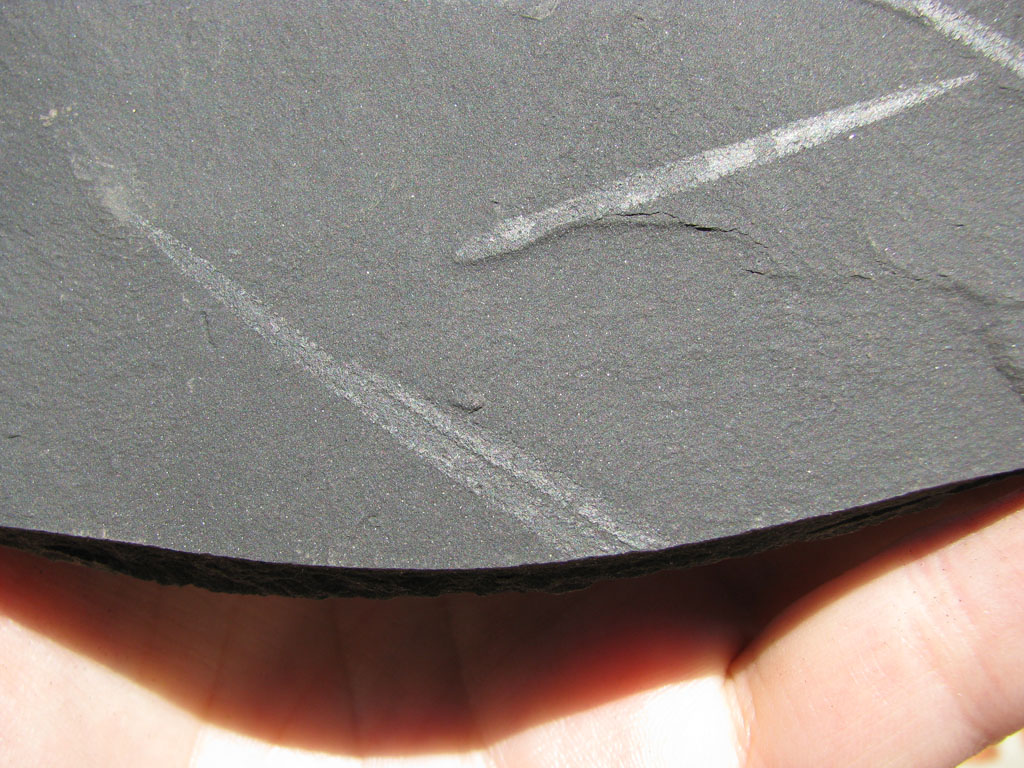