In the last post I showed you some pictures of fossils from the Hunsruck Slate (Emsian stage of the Devonian) in Bundenbach, Germany that were on display at a rock, fossil and mineral show. Today I'm going to show you the piece of the Hunsruck that graces my collection. At the same show that I saw the display of fossils from Bundenbach, I also came across this piece of slate with two Fucaster palaeozoicus starfish showing some current orientation. 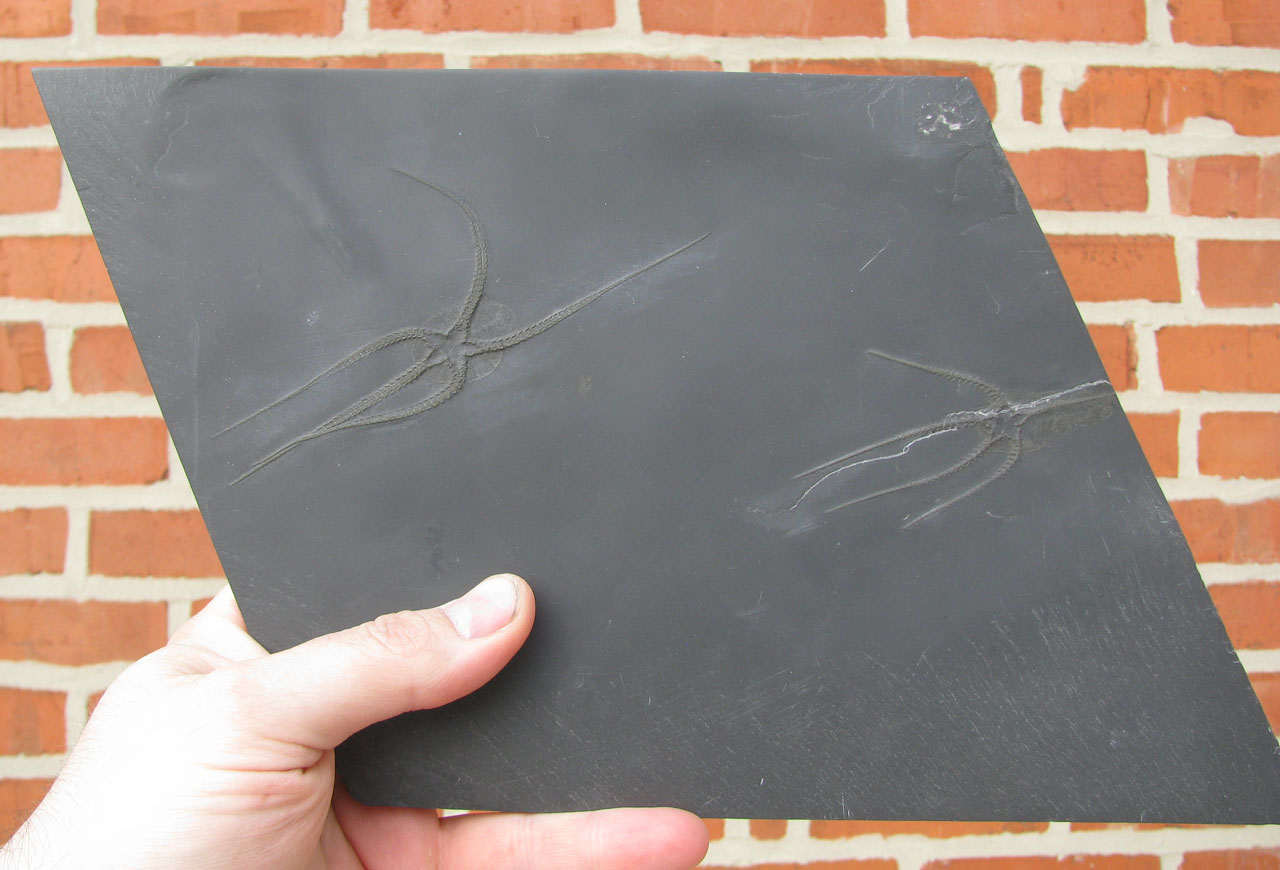 The plate is 22cm along the longest edge and 17 cm along the shorter edge. They are both ventral views with some nice detail.

This specimen is 12cm long by 5.5cm wide 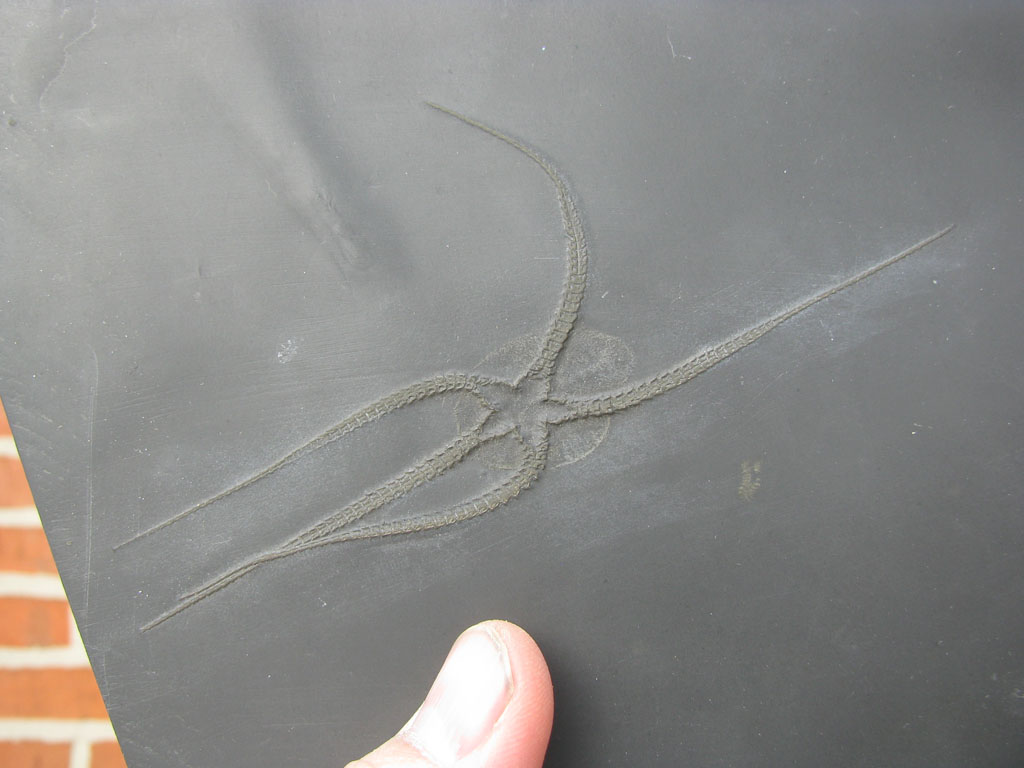 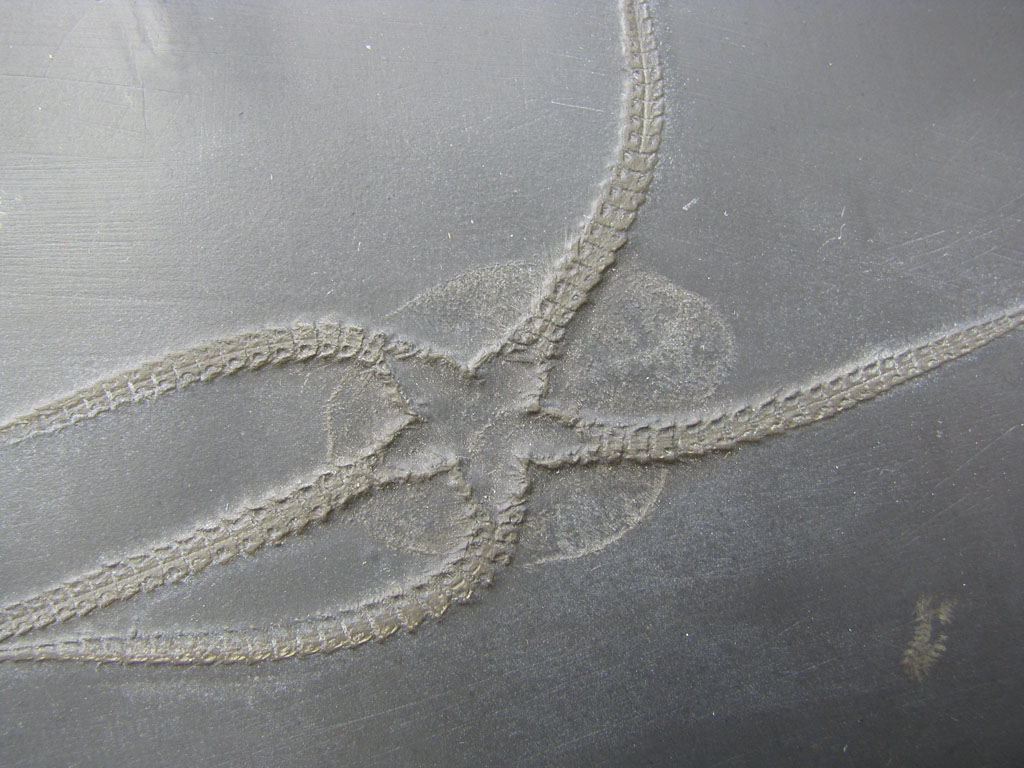 The "halo" that surrounds the central star shape and arm bases is the soft body of the animal. Unlike the arms, the body didn't have any special armor to protect it. 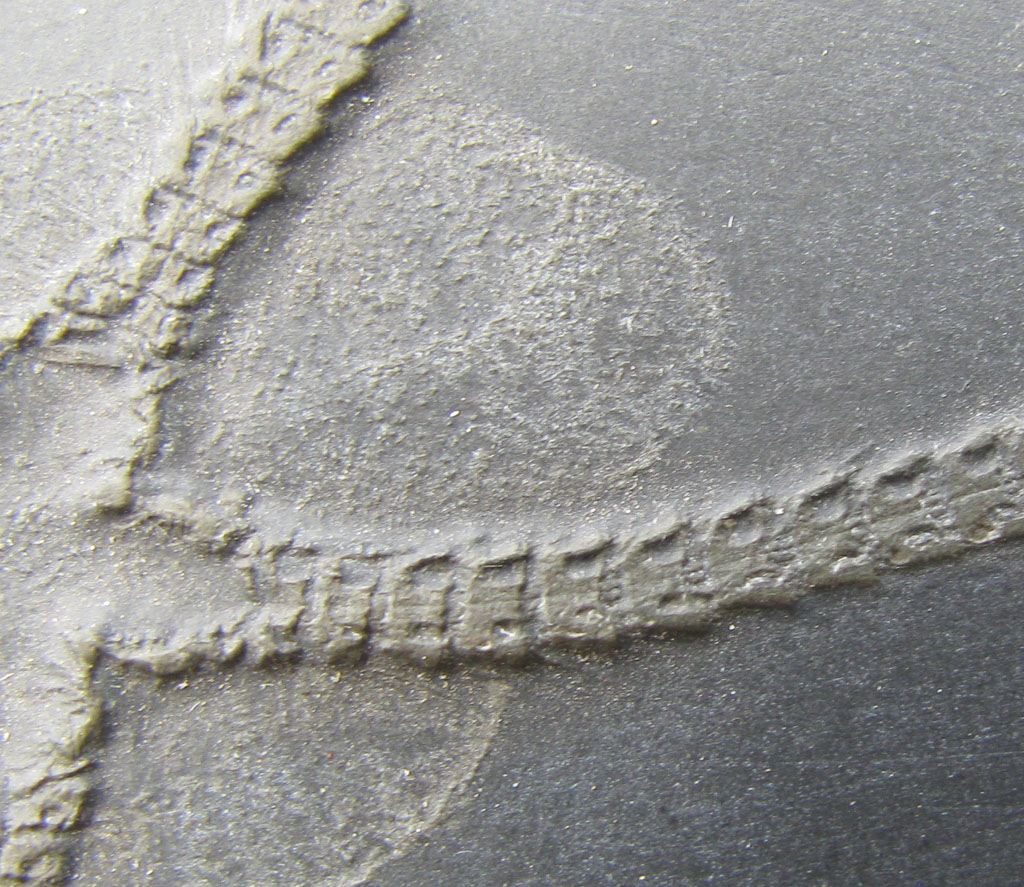 The second specimen is shorter at 7cm long, since part of one arm extends off the plate, and 4cm wide. 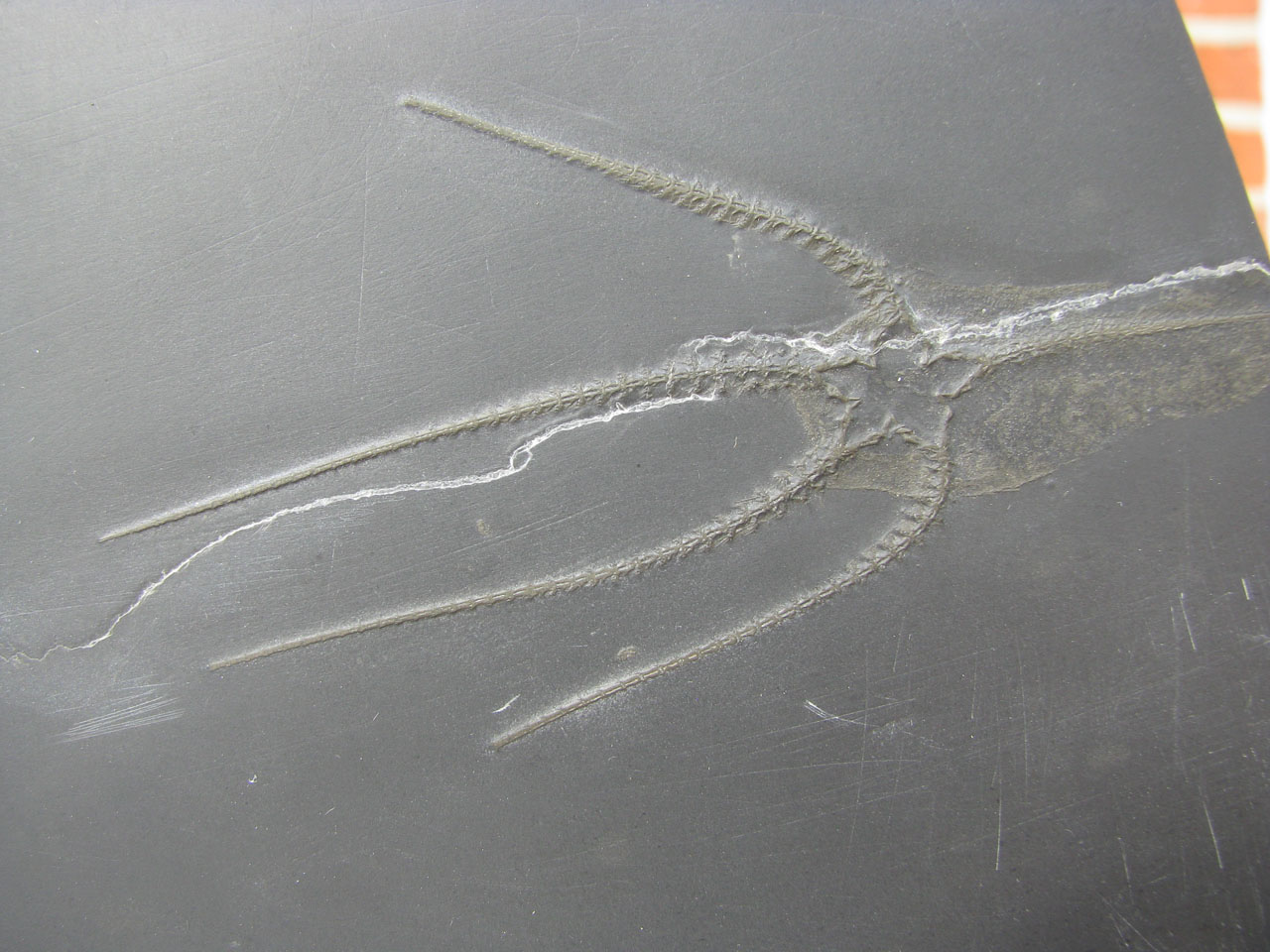 I also love the little string of white quartz that cuts across the right specimen. It lends some authenticity to the piece and adds some interest. The obvious star shape in the middle of the body is the result of the muscles that controlled the mouth relaxing after the animal died. Normally they would be closed and the bottom of the animal would look more armored. 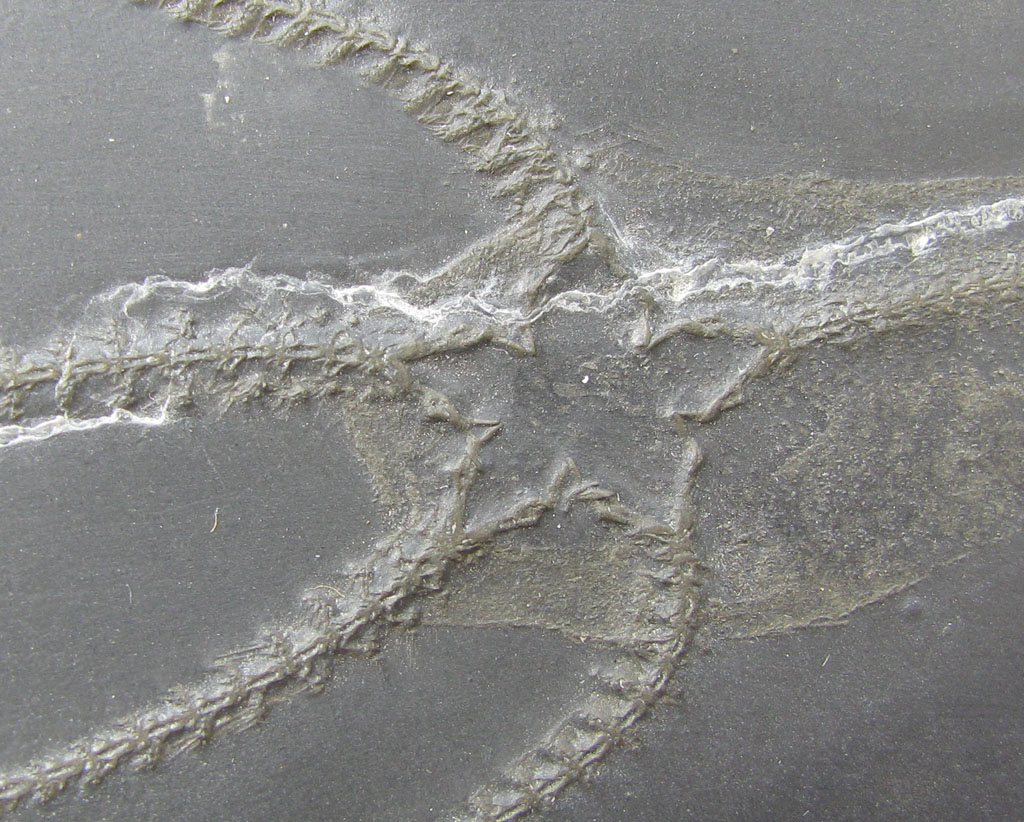