Sulcoretipora is a flat, branching bryozoan that is somewhat common in the Devonian. The specimen below comes from the Mahantango formation of central Pennsylvania, likely from Seven Stars or Deer Lake. I bought it at a fossil show due to the length of the fossil since, normally, I only find small sections of the skeleton that were broken off from the main colony by storms or otherwise redeposited. This specimen also has several smaller branches forking off from the main portion.

Based on the book "Stratigraphy and Paleontology of the Mahantango Formation in South-central Pennsylvania" by Robert L Ellison, Bulletin G48, Pennsylvania Geological Survey, 1965, I am calling this specimen Sulcoretipora cf. S. incisurata. Note, the use of cf. in this name indicates that the species is not known but is similar to specimens of Sulcoretipora incisurata known from other locations. It's short hand for the Latin word "confer" meaning "look at other sources". 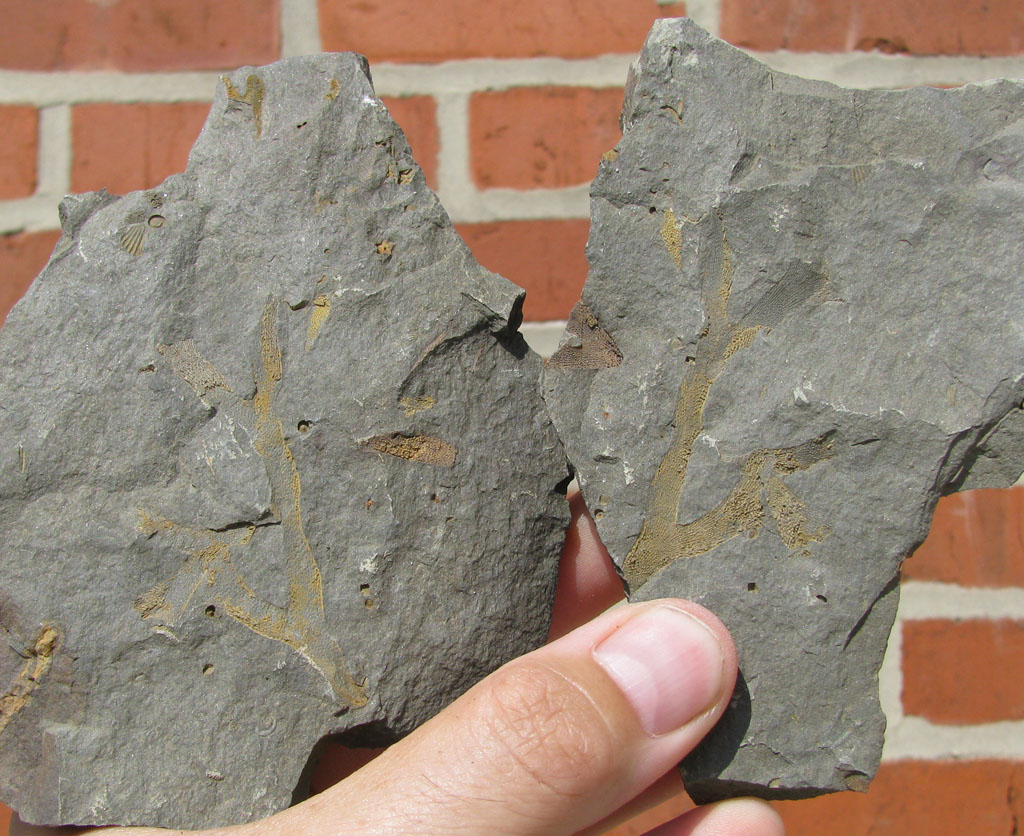 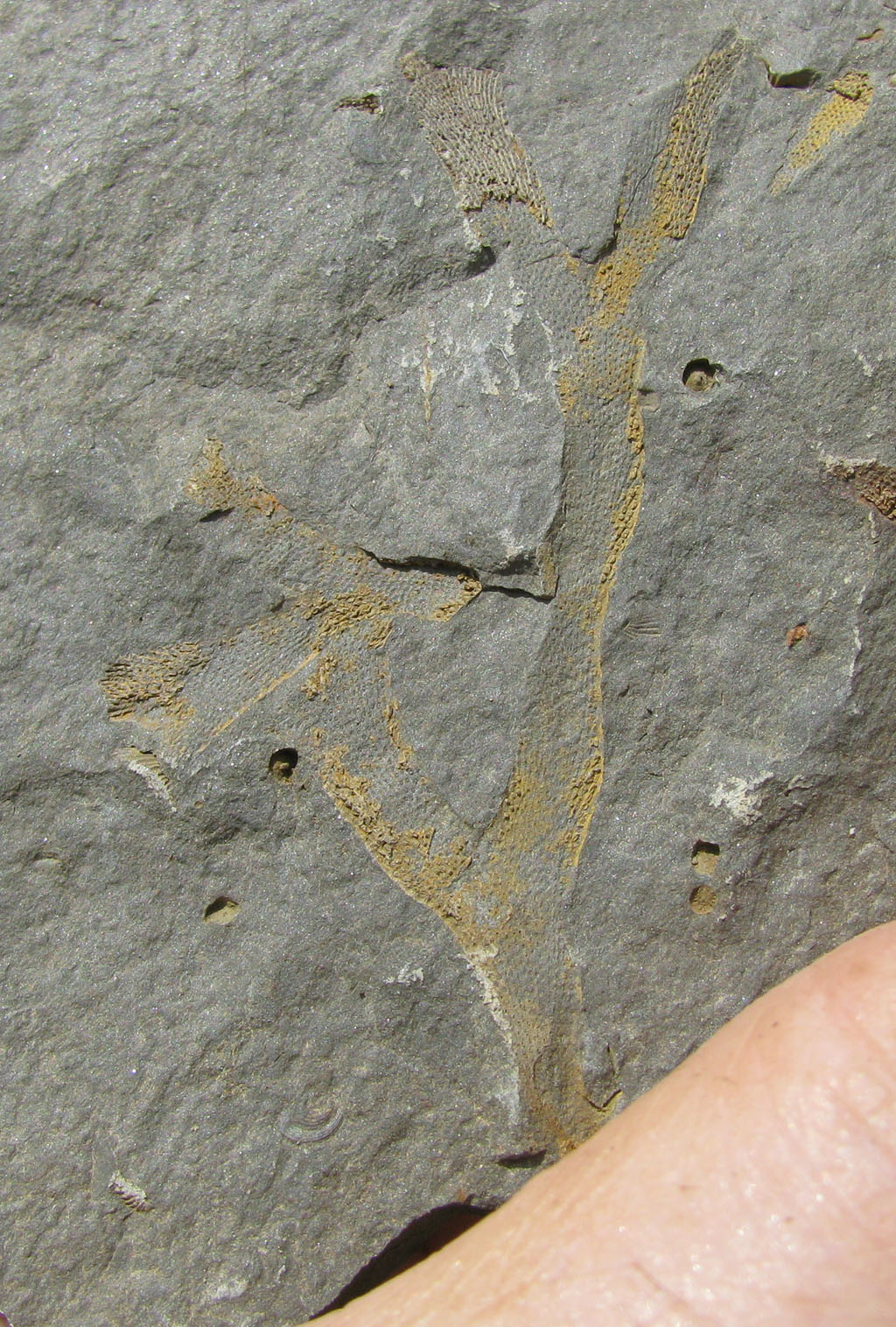 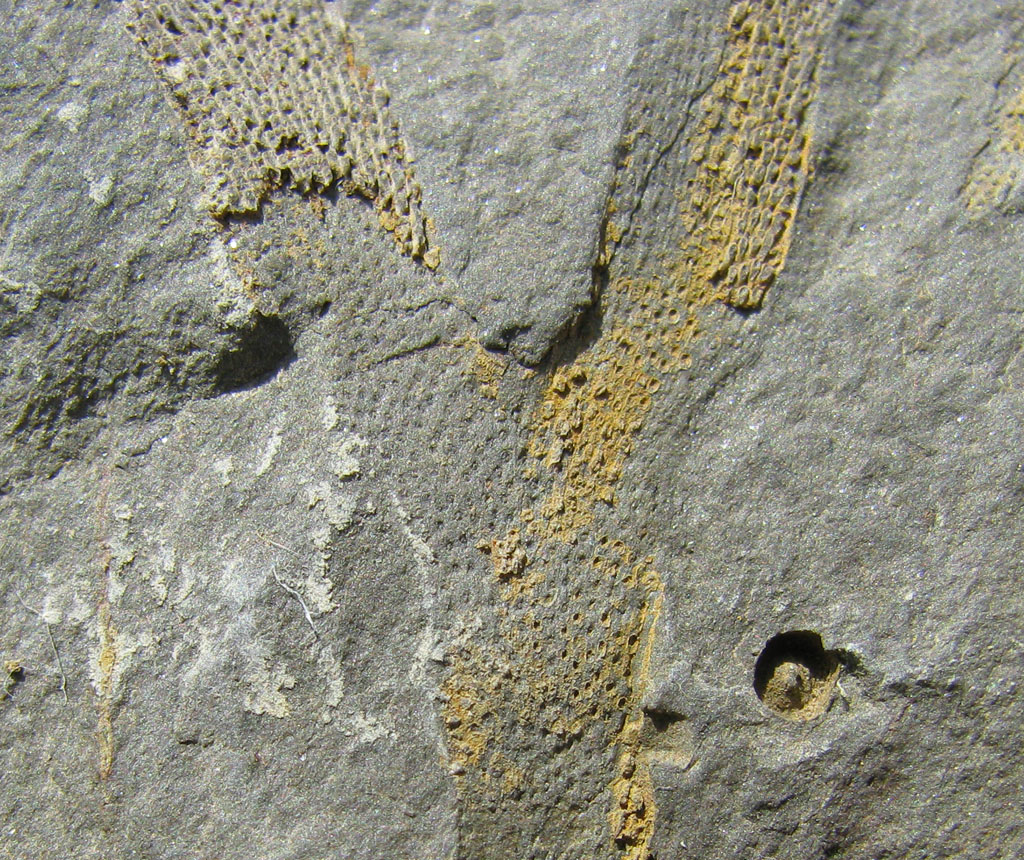 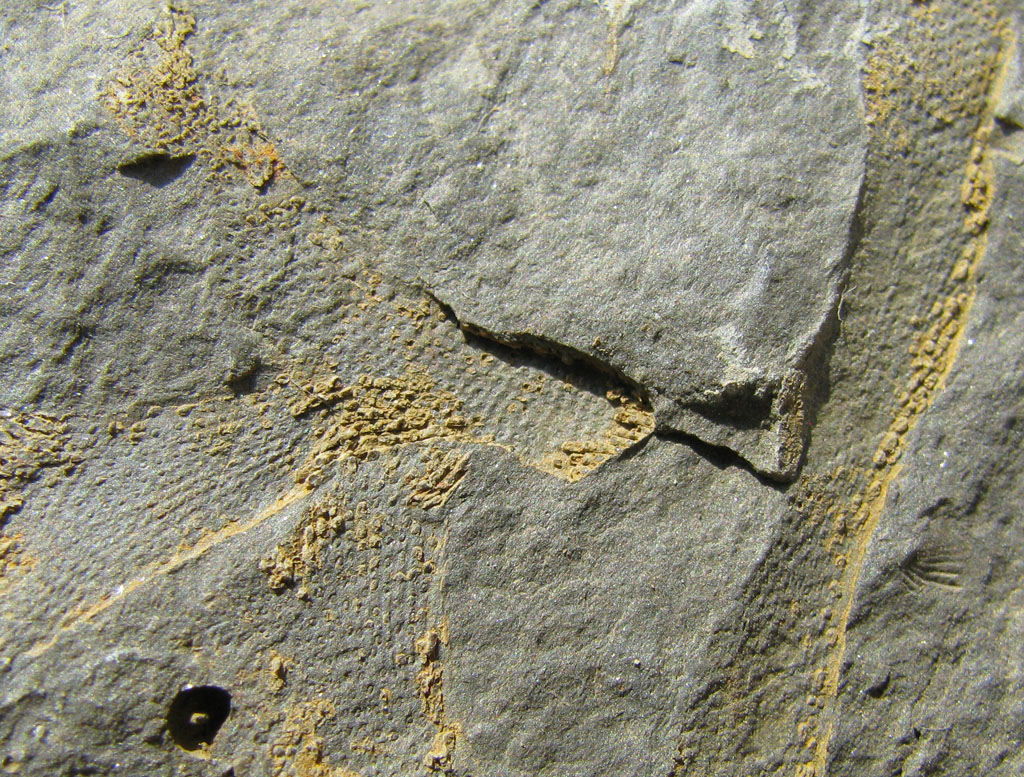 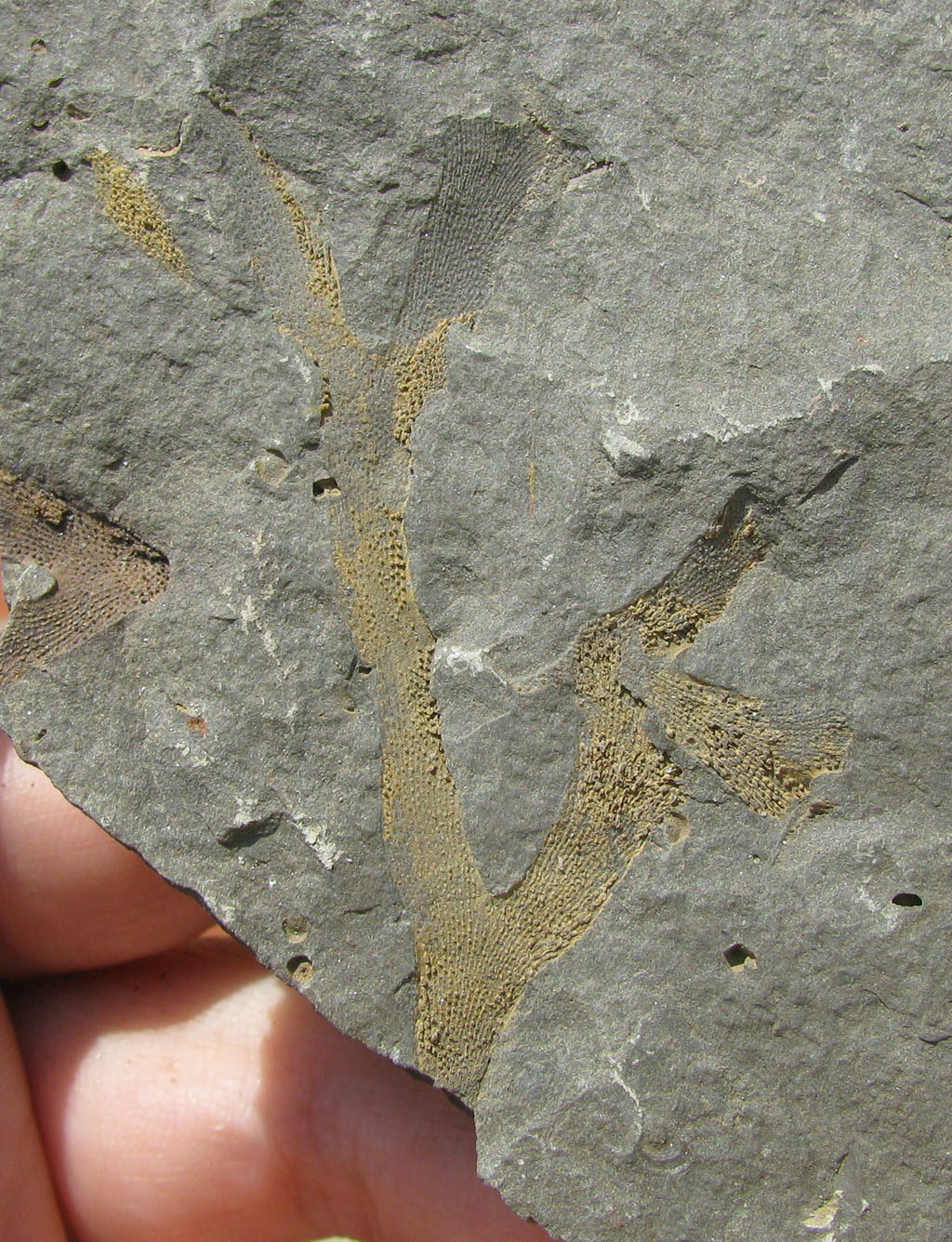 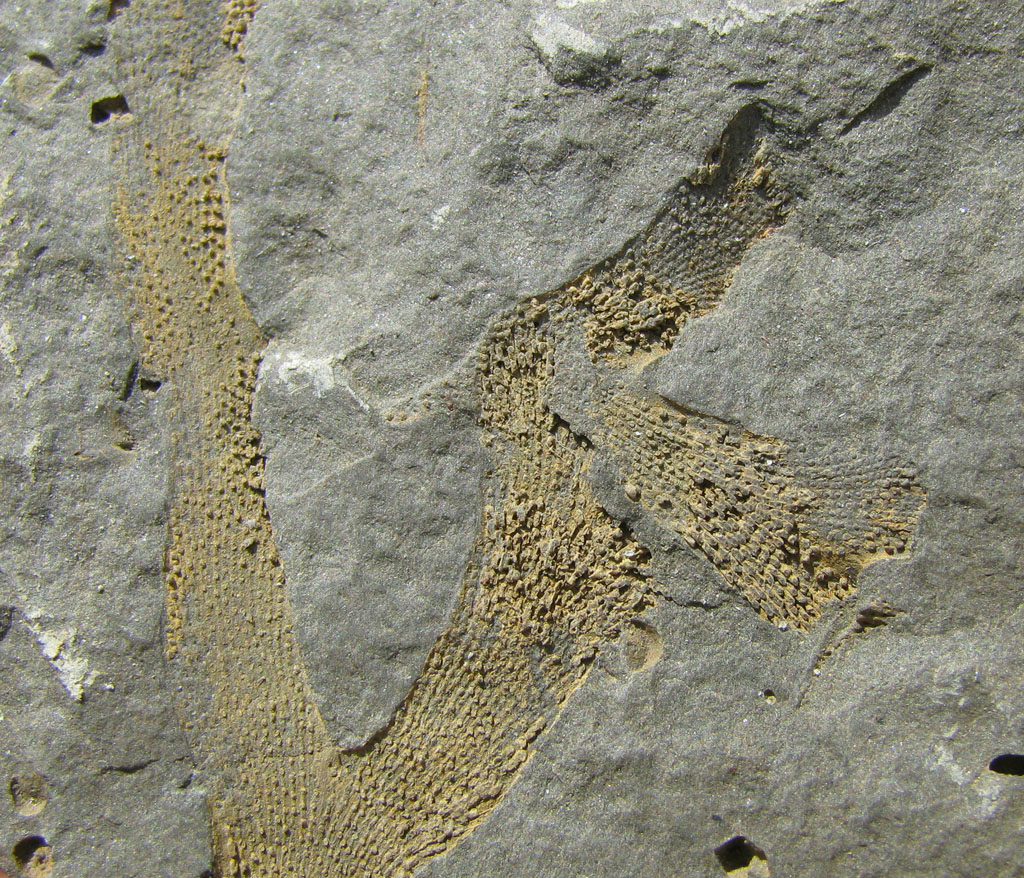