While exploring an old coal strip mine in Gilberton, PA I noticed that there was an exposed wall of rock that used to be covered in overburden. The wall was relatively smooth but had some grooves in it. Upon closer inspection, the grooves turned out to be the impressions of tree roots called Stigmaria. Since these are roots, and they appear to have been preserved in situ, makes me think that the exposed rock is a Paleosol or fossil soil horizon.

I encourage you to click on the photos to examine the detail.

Above is one section of an exposed Stigmaria with a length over six feet. It actually is exposed a little more as it heads right but it dives under some rock and is less visible.

Here is the wall from father away. 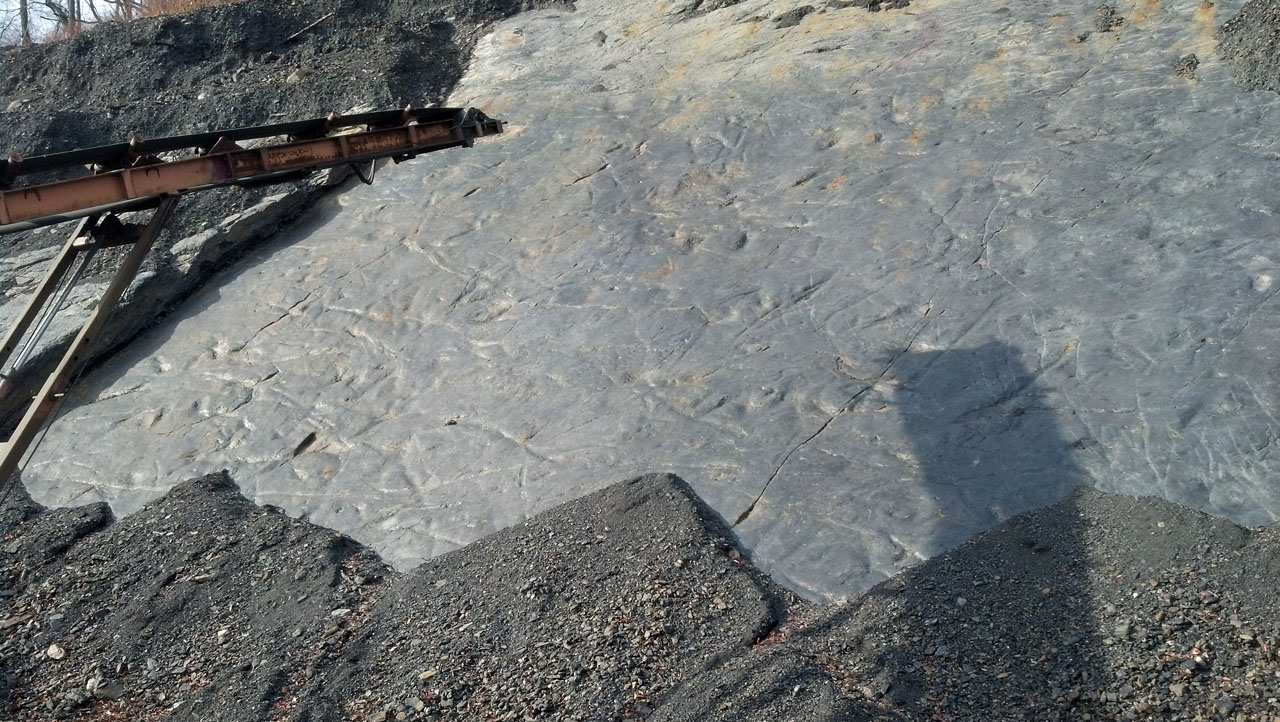 And I took a bunch of photos to make a panorama of a closer view of the wall was well. 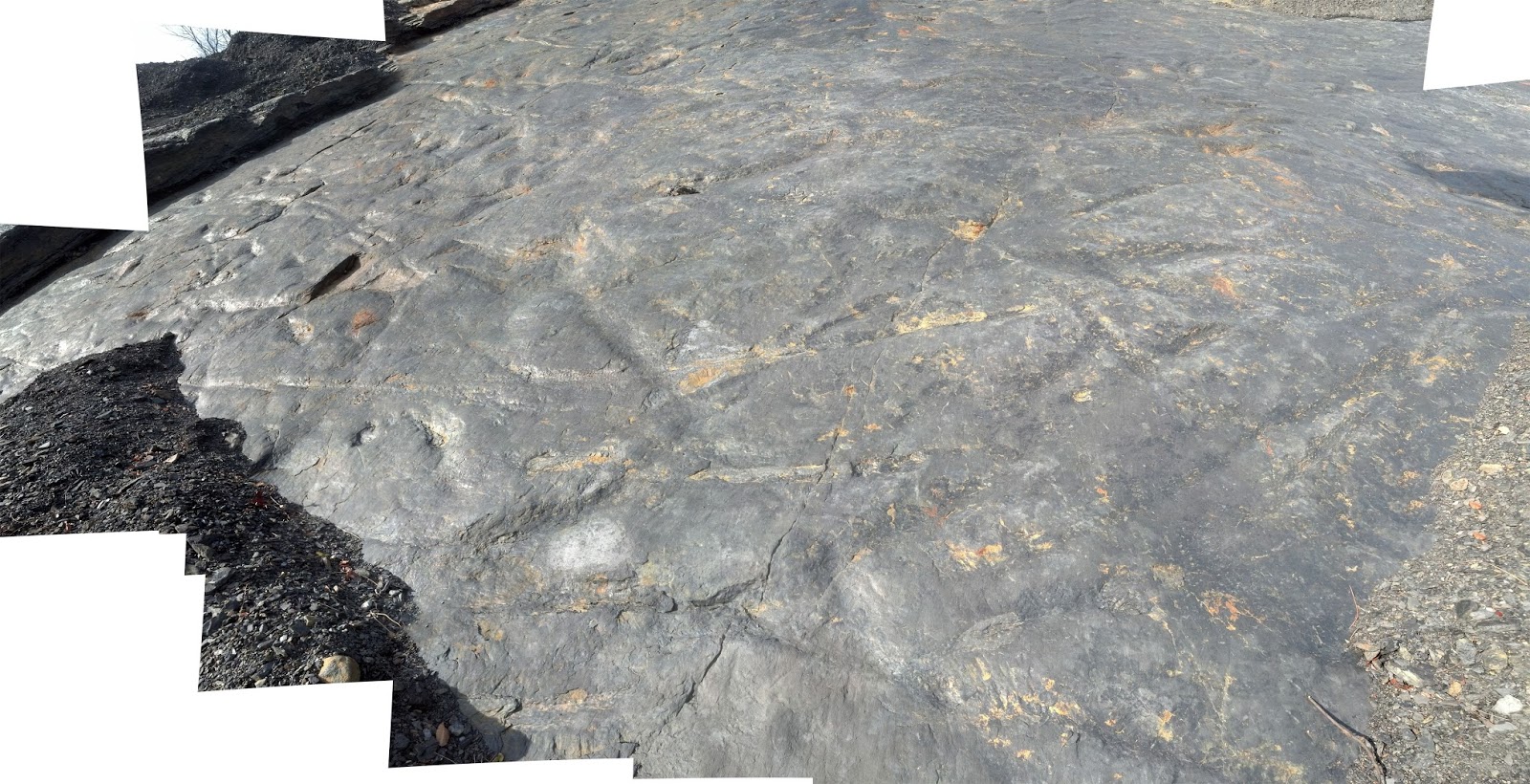 What is preserved in this wall is a glimpse of a forest from long ago. Sure, it may not have lots of leaf or bark impressions but the fact that there are so many long, spindly roots preserved gives an indication about how crowded the forest must have been.
Posted by Dave at 2:11 PM