Tylothyris mesacostalis brachiopod from the Chemung group of New York

A new spirifirid type brachiopod in my collection is this Tylothyris mesacostalis which comes from the Upper Devonian, Chemung Group near Painted Post, NY. The specimen is a internal cast of the pedicle valve with some other brachiopod casts around it. What I can see is a valve that is wider than it is long, is deep and has a straight interarea on the posterior. The "beak" that you can see at the top of the fossil is very indicative of Spirifer type brachiopods. That is where the pedicle muscle was located with the empty space on either side of the "beak" representing portions of the shell that dissolved away. 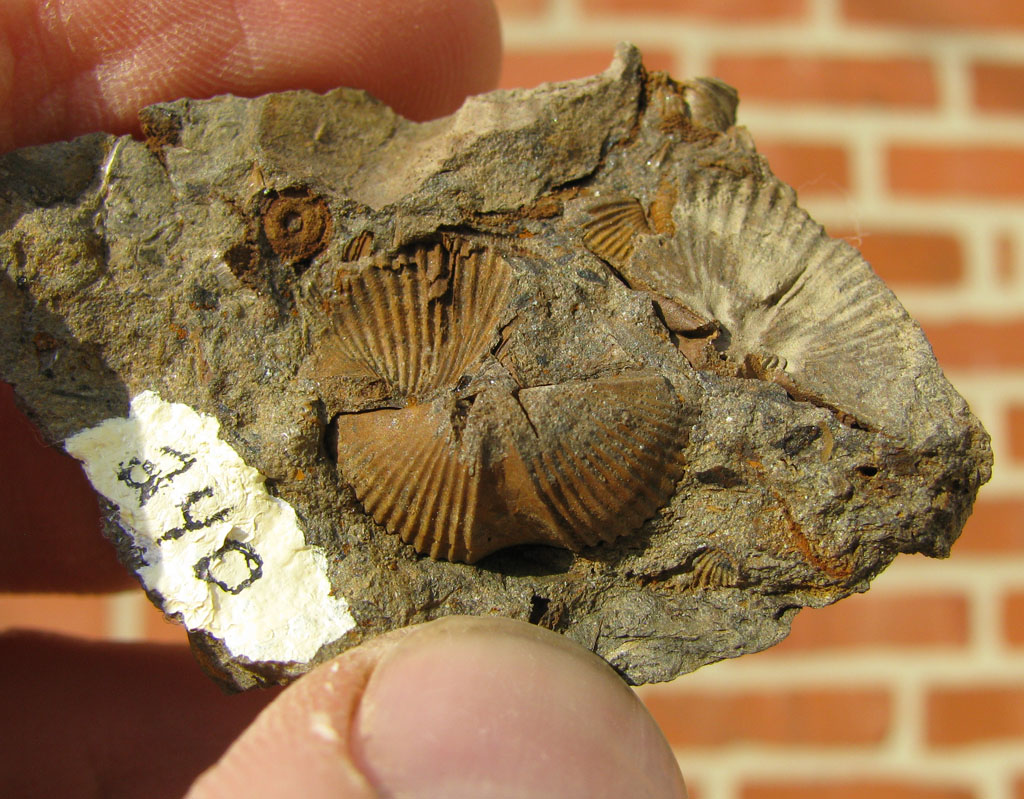 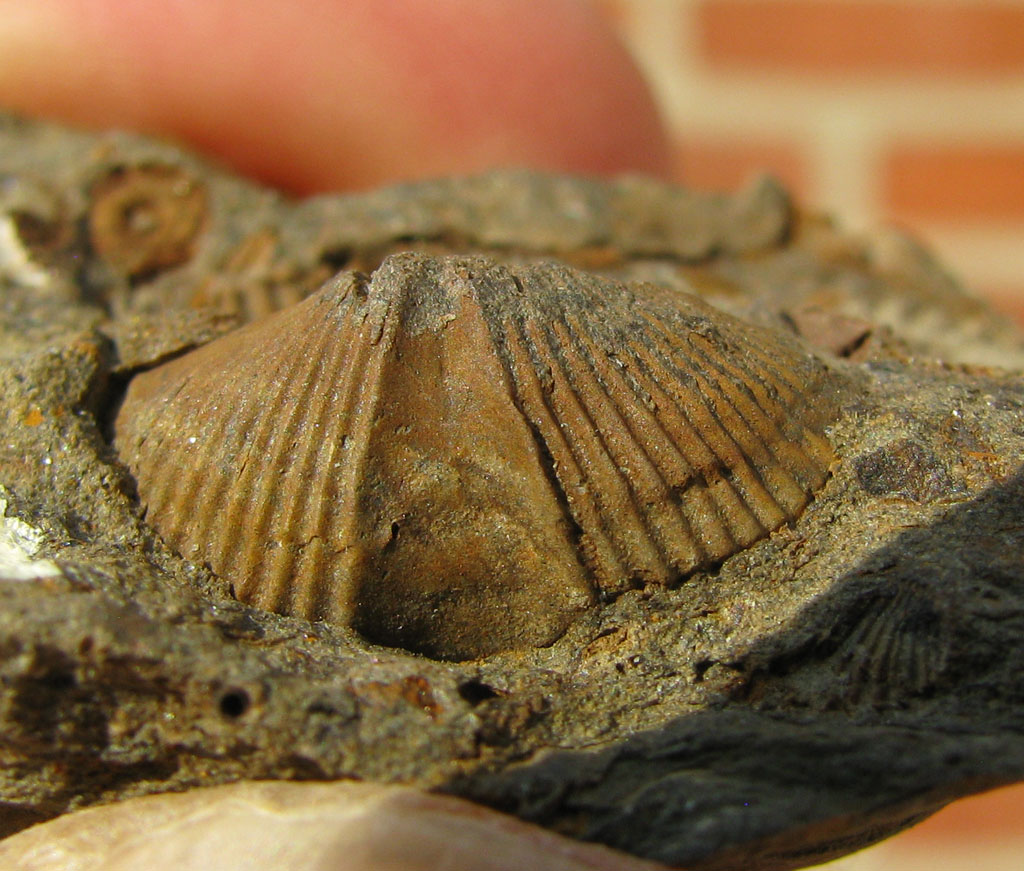 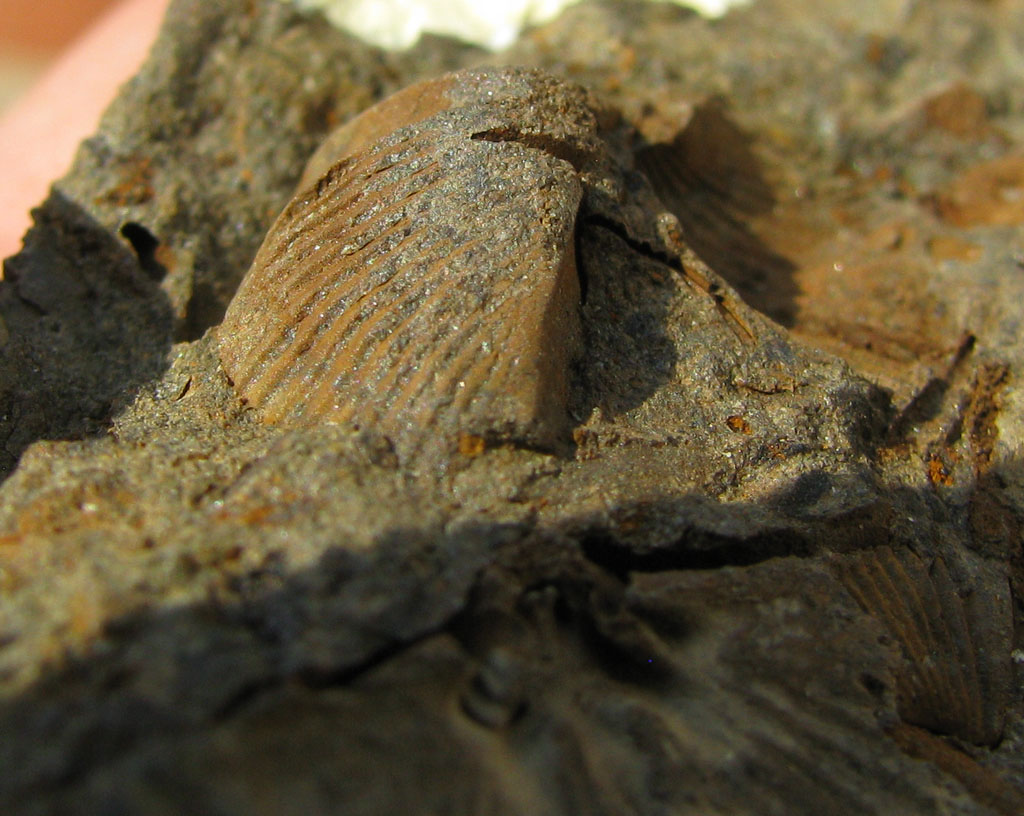 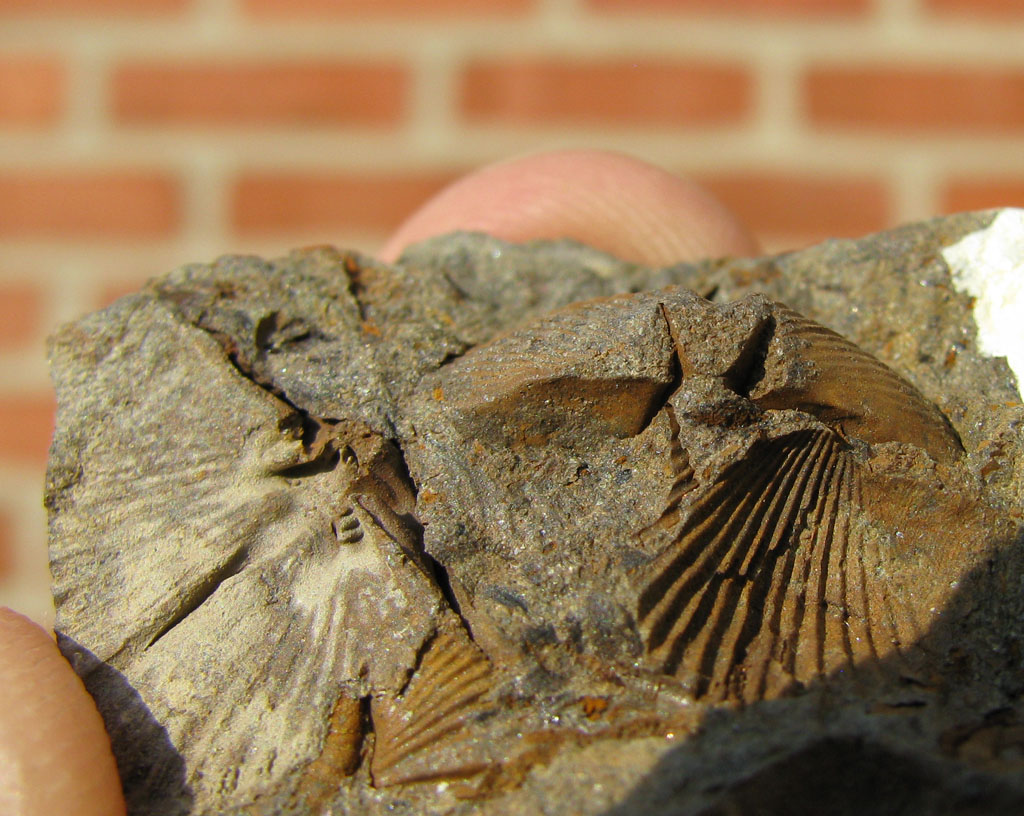 The Chemung Group is a broad term used to describe a series of rocks that have a similar fauna that existed in the upper Devonian. It consists of many different formations but the label I recieved with the specimen does not have anything more specific other than the locality. Given Painted Post as the "location" of the fossil, it's a little west of Corning, NY, I can look at a geologic map and see that the possible source rocks could be the Nunda Formation, West Hill Formation or Gardeau Formation. All of those formations crop out in the nearby vicinity of Painted Post but as I have no experience collecting in them I can't narrow down the source formation. I received this fossil via trade with someone who had purchased it at an open house sale at the Rutgers Geology Museum.
Posted by Dave at 12:01 AM