As part of a recent trade I received a large nautiloid fossil from the Pierre shale called Eutrephoceras. It has a catalog number marked on it which indicates it came from the Rutgers Geology museum and was deaccessioned during one of their open house surplus sales programs. The fossil is in good shape with some original shell in place while other areas have none which allows the sutures between individual chambers to be exposed. I don't have any other locality information for this fossil but I suspect it came from somewhere like South Dakota or Wyoming. Information that I find online indicates there is a species called Eutrephoceras dekayi found within the Pierre Shale in those areas that is dated to the Masstrichtian stage of the upper Cretaceous. 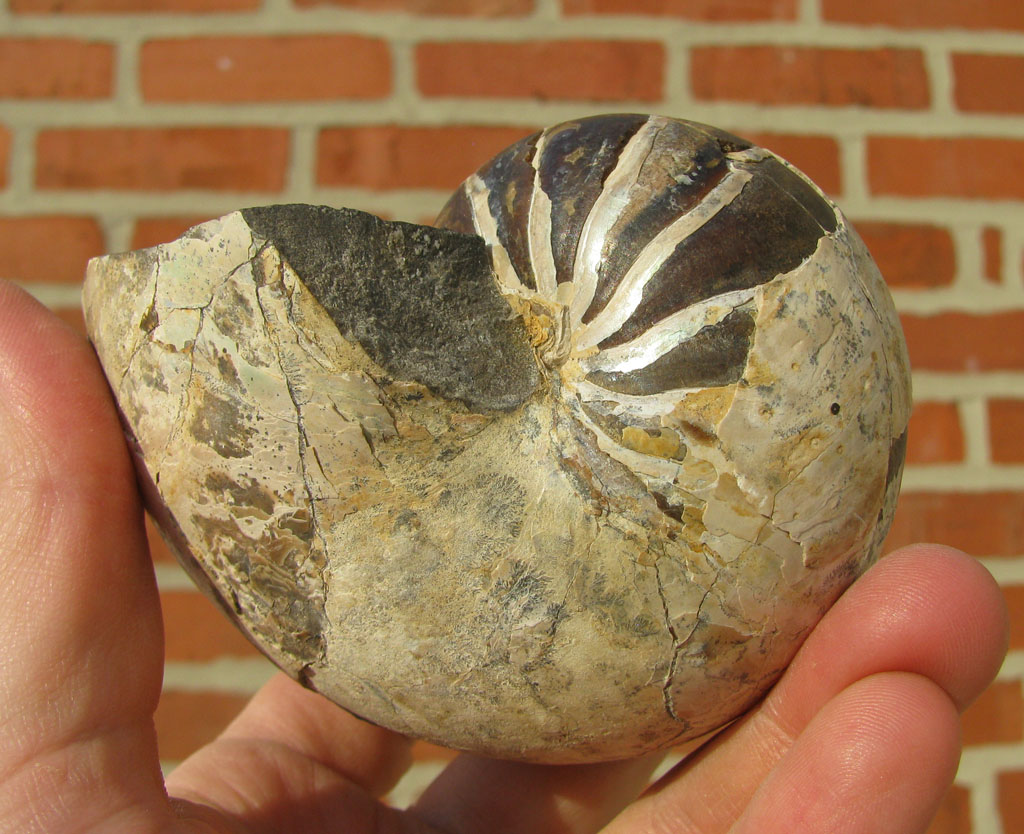 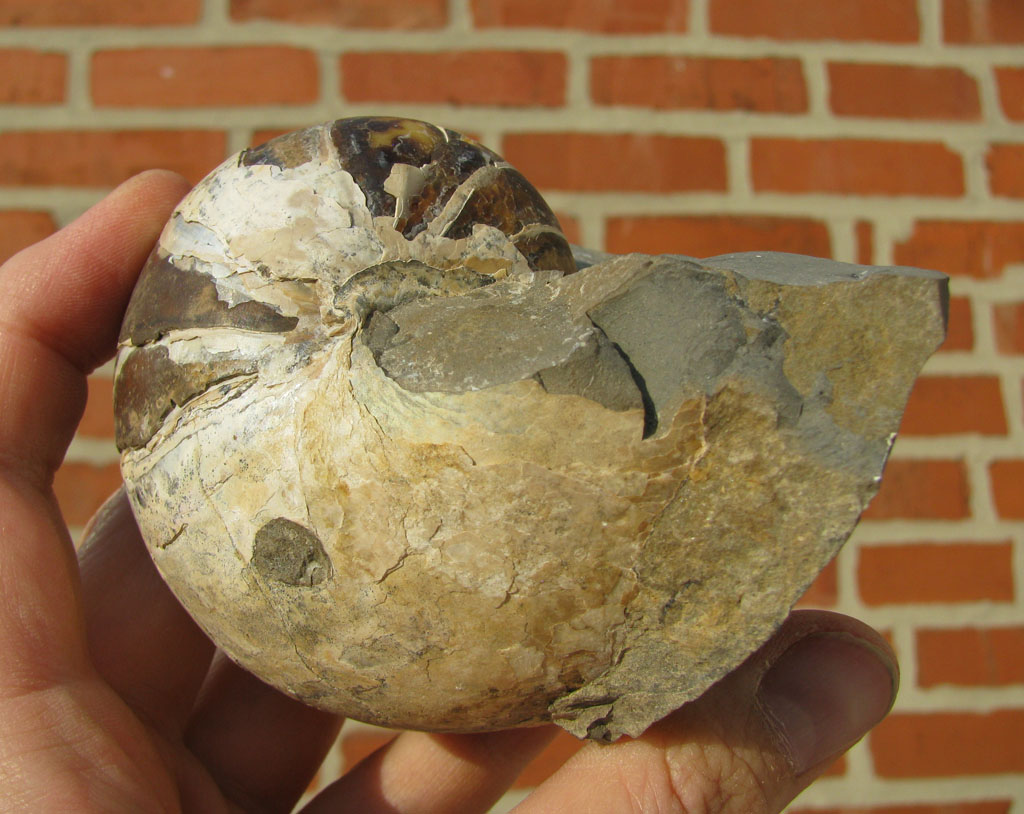 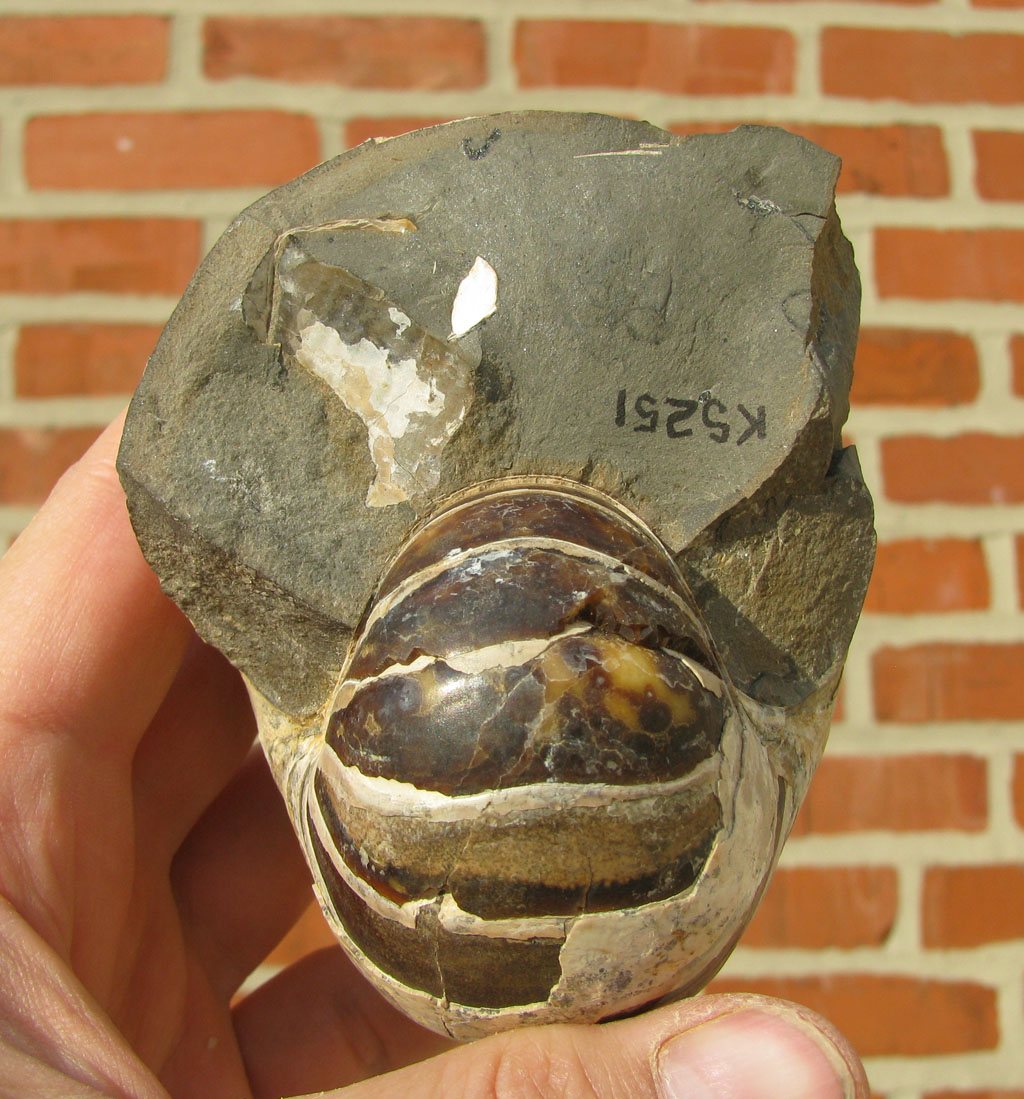 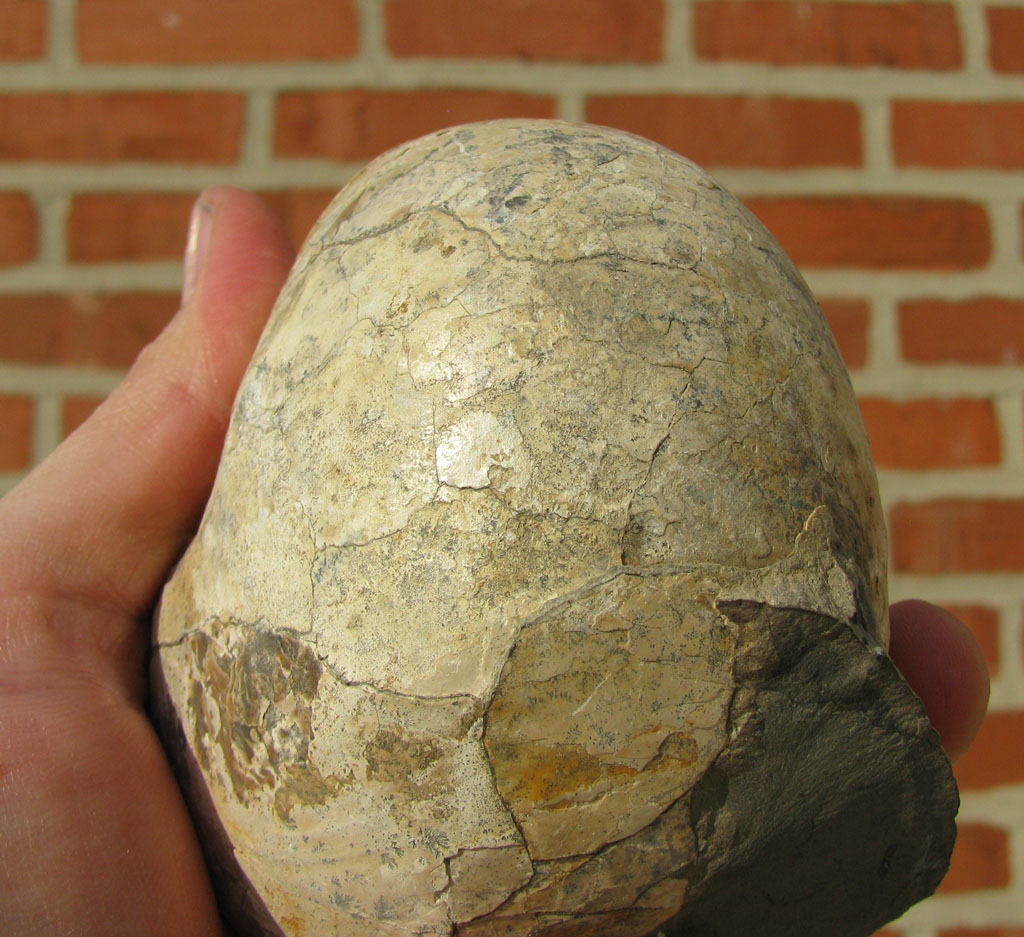