Celoniceras besairei ammonites from Madagascar are very common on the fossil market. They come from Albian stage (Cretaceous) aged rocks on the northwest coast in a region called Mahajanga. The specimens below retain some of their original shell material (or nacre) and are colorful in the sun. Generally specimens such as these need to be worked before they can leave Madagascar. The idea being that it will help employ more people in this poor country. In the case of these specimens they hav had some of the shell trimmed to make it flat and even. They likely removed jagged and incomplete edges to make the shell look better. Many times they polish the shell material off, to reveal the sutures underneath or sometimes a layer of gemmy fire opal, or cut them in half to show off the interior chambers like in these specimens that I posted before (and I think may not be Cleoniceras but rather Desmoceras because of the internal suture shape). 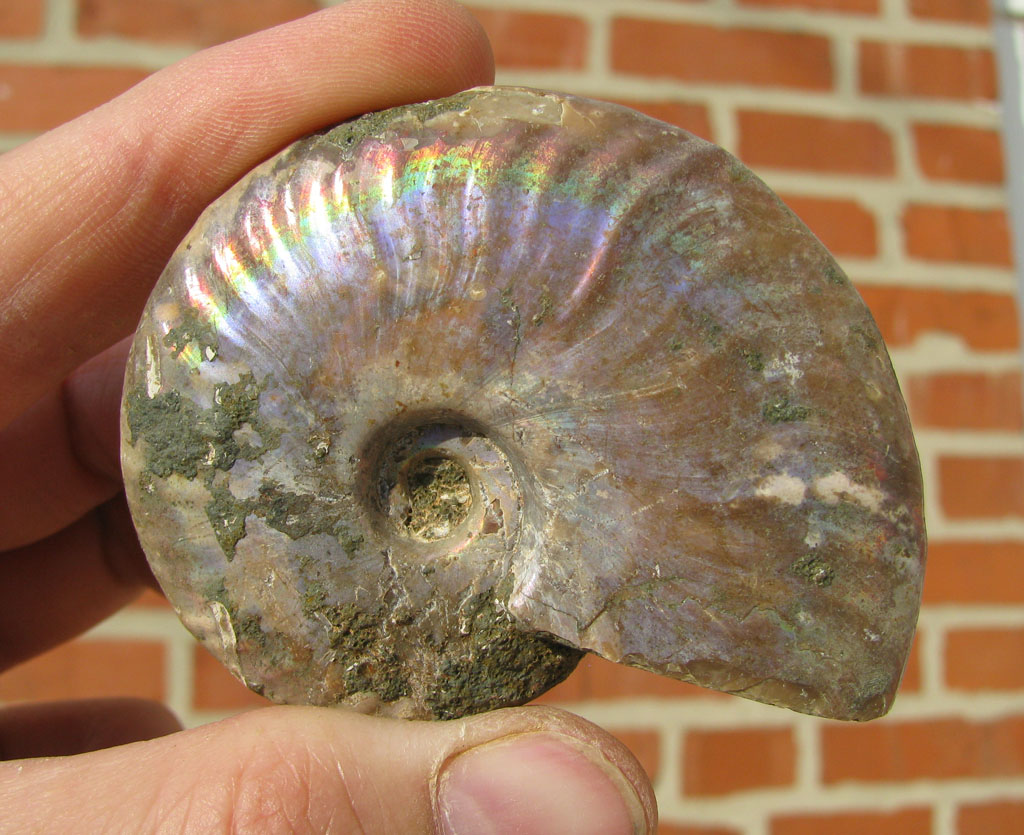 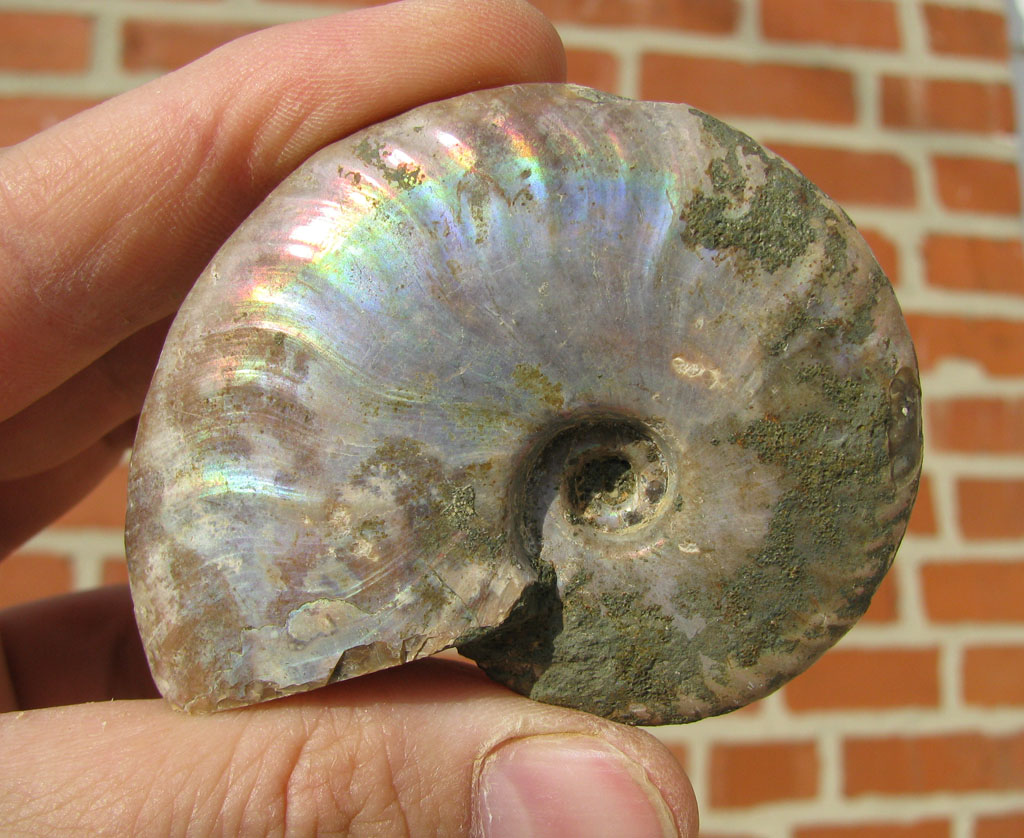 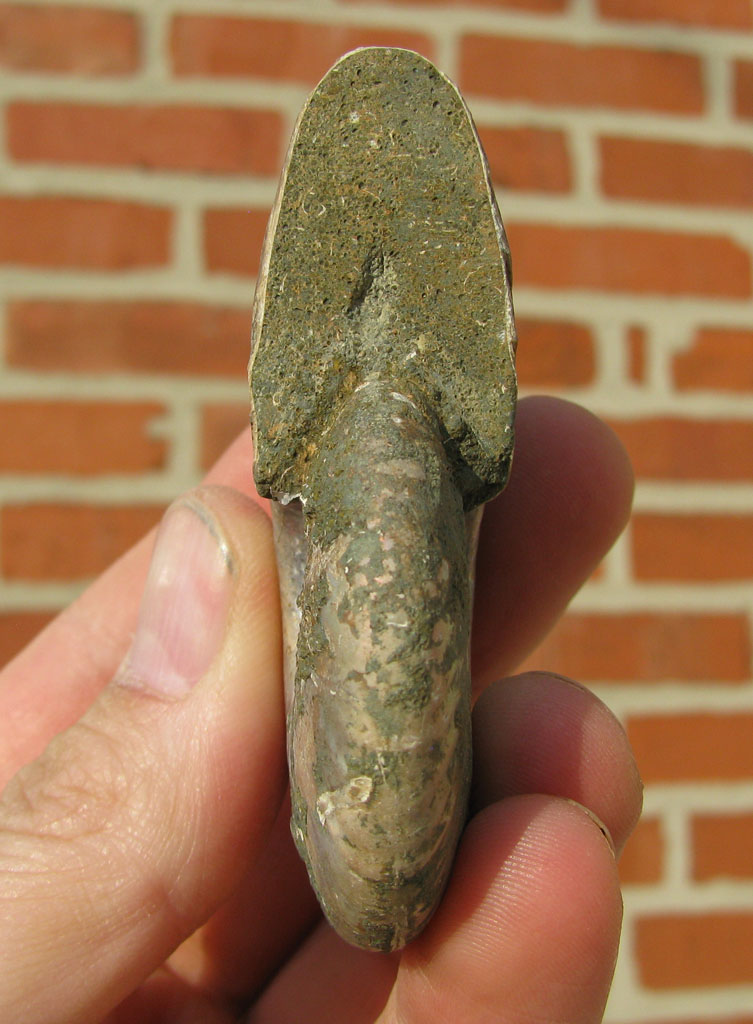 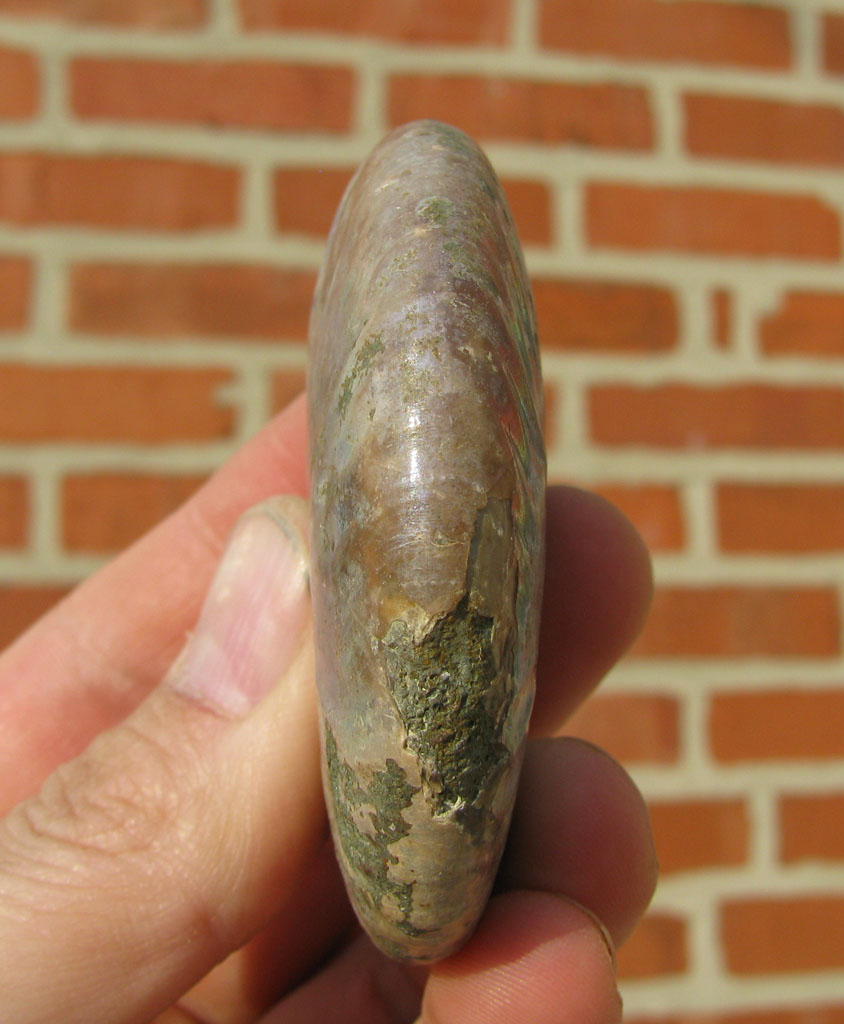 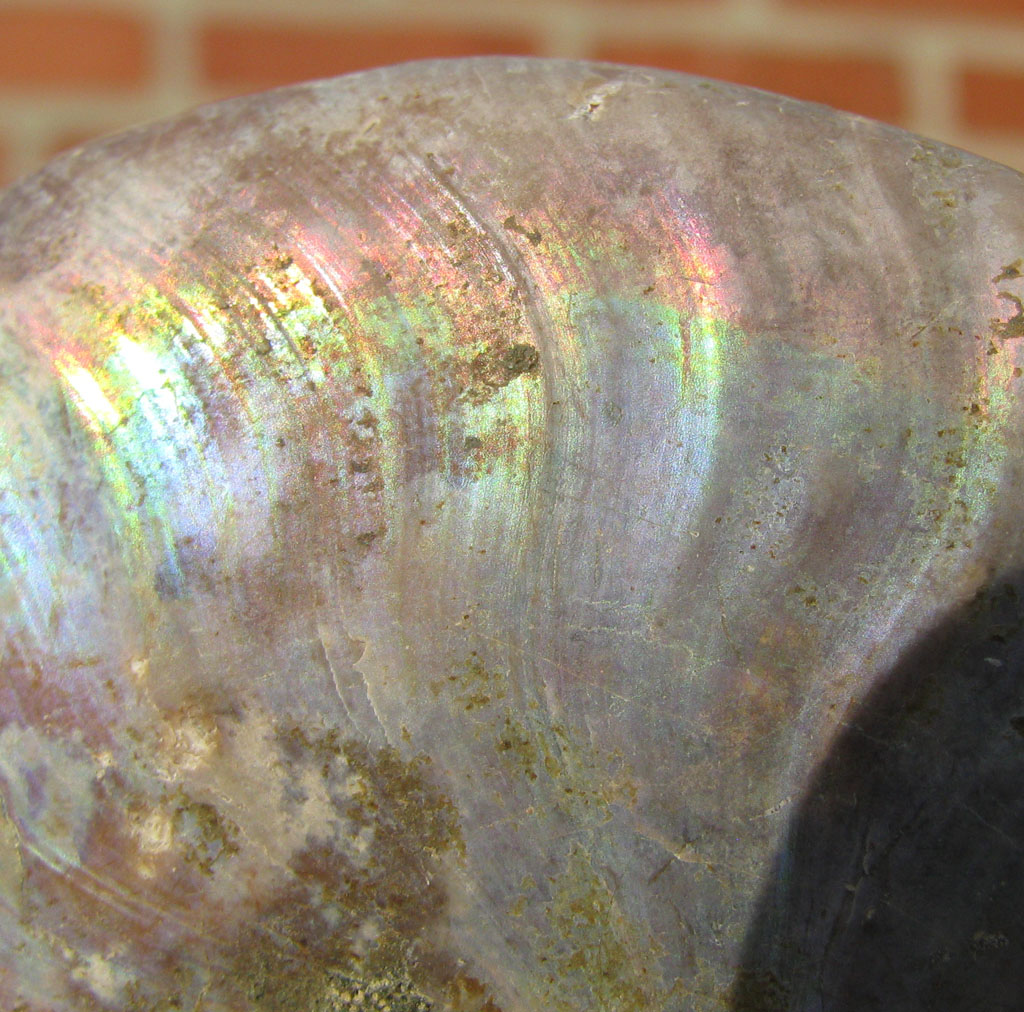 Specimen #2 - this one is a little rougher with some shell sections missing but it looks more like it was "just found" rather than all polished up. 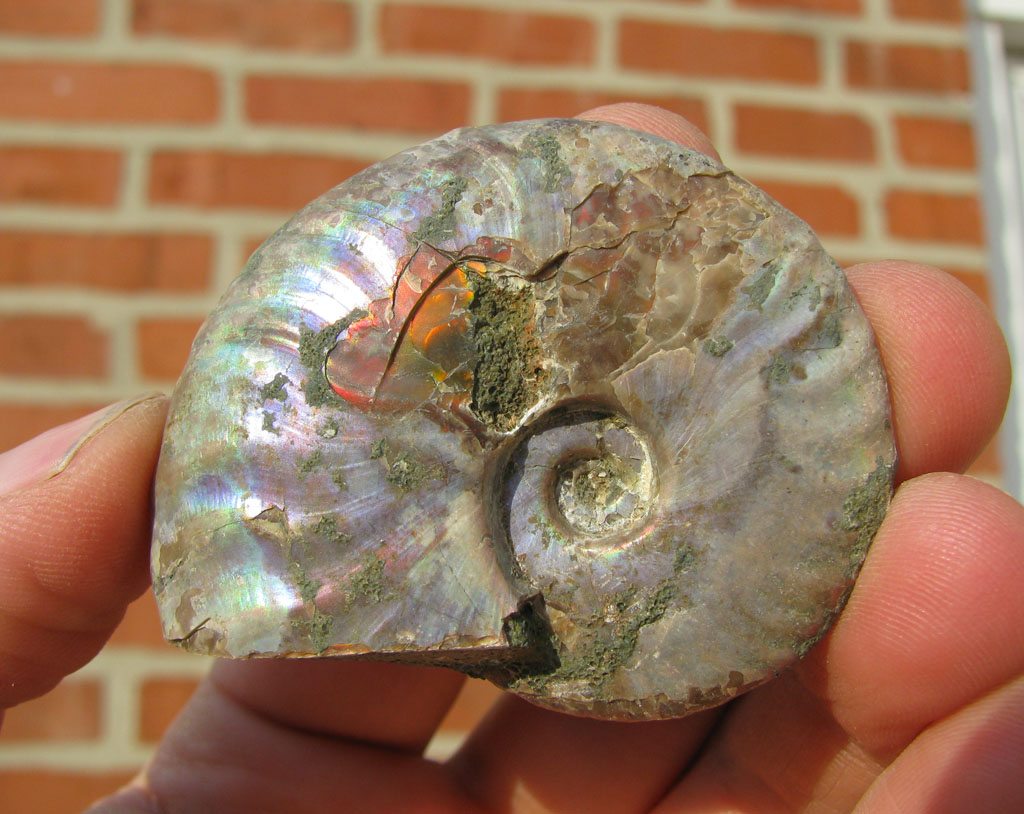 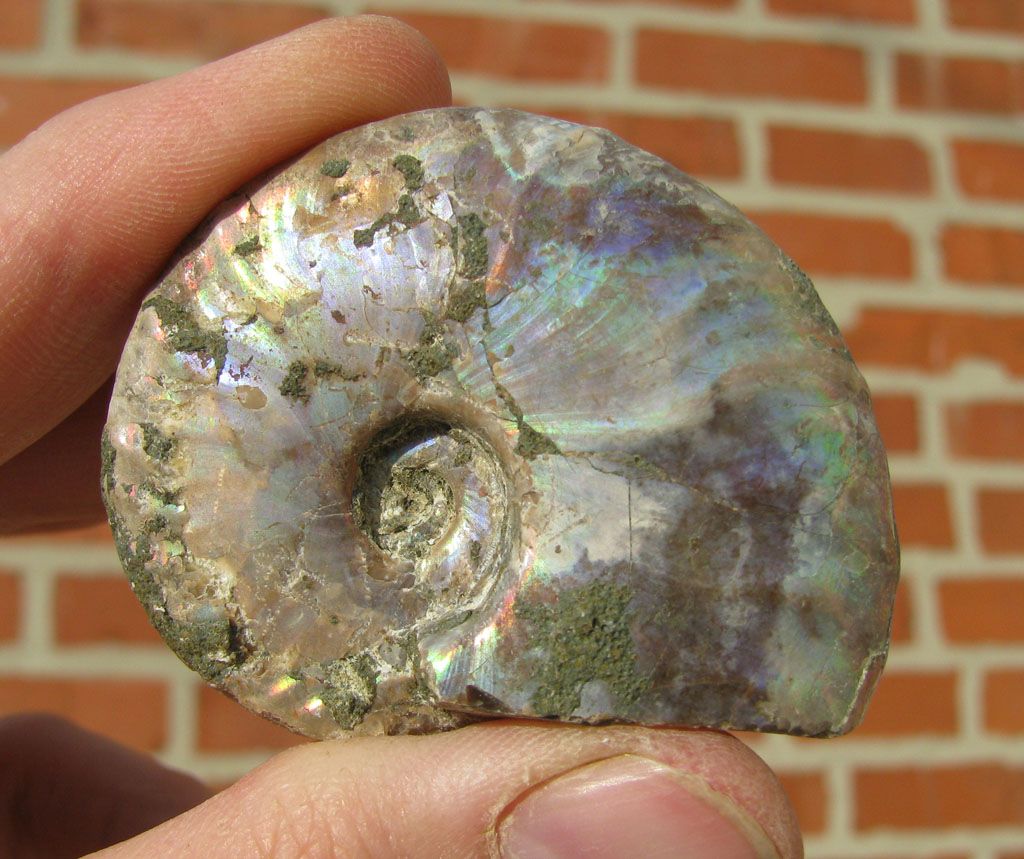 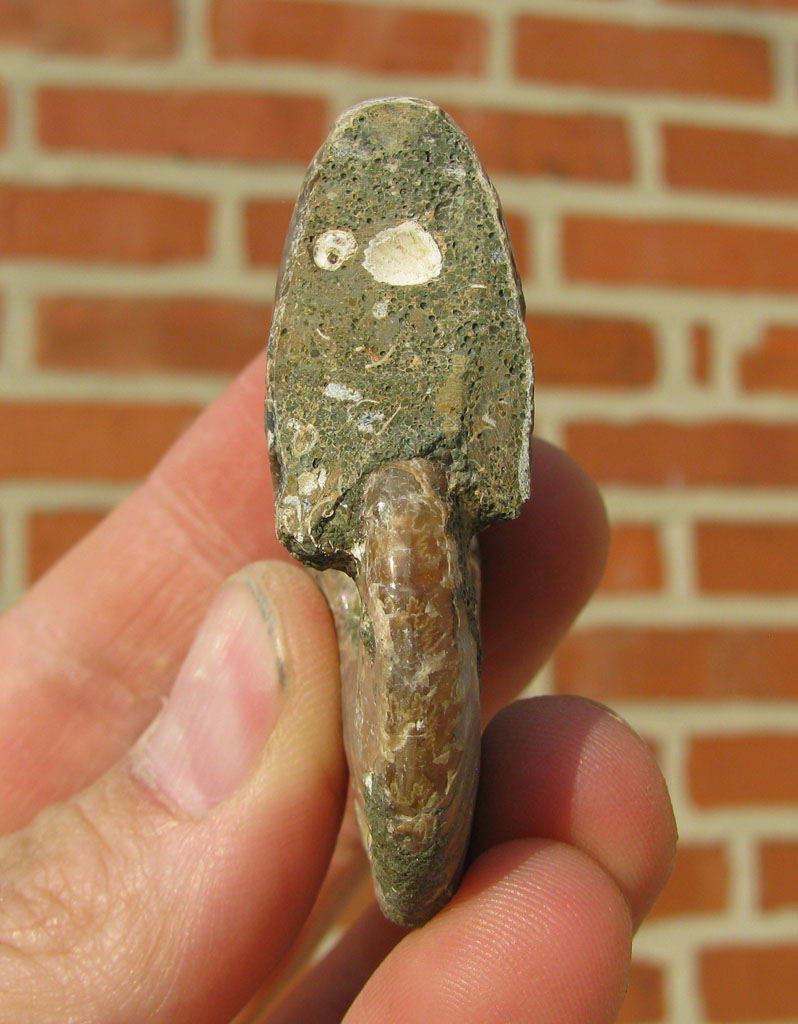 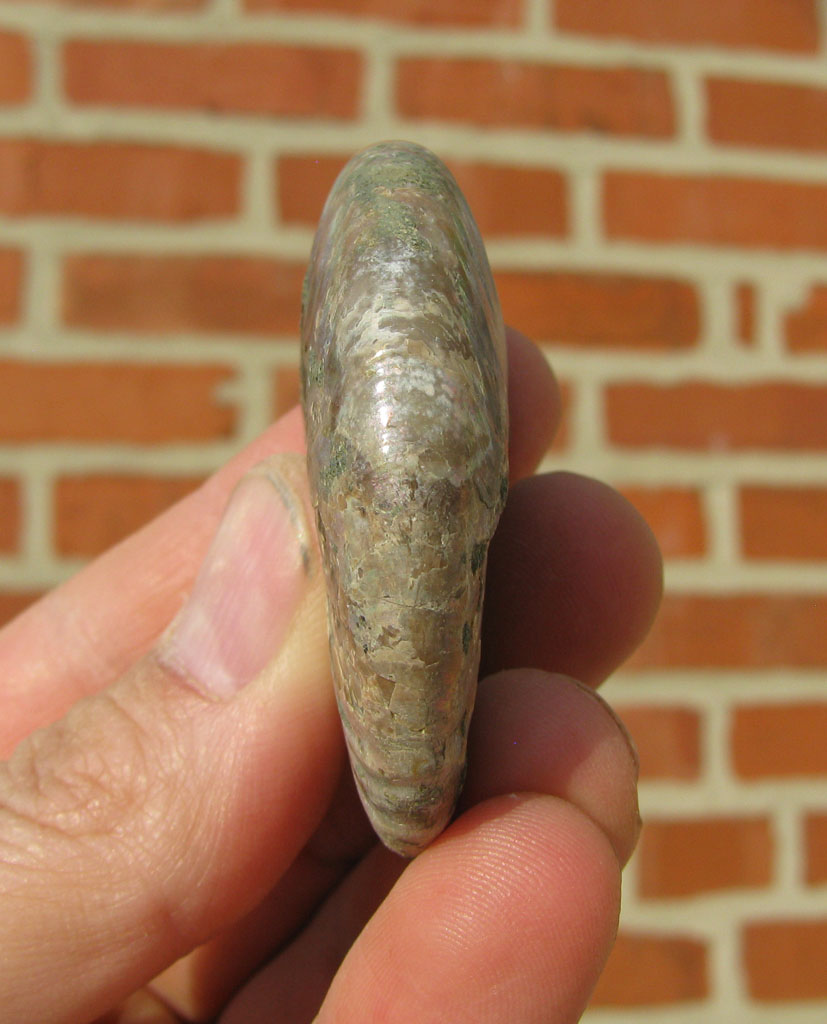 This web site has a nice write up of their experiences collecting and cataloging the ammonites of Madagascar. It's in German but Google translate will help.
Posted by Dave at 12:01 AM