I'm very late to be posting about Mucrospirifer thedfordensis which is one of the most common fossils found in the Widder formation at Arkona. It is similar to M. mucronatus but does not have as much ornamentation on the shell surface and is "plumper". The specimens below are still missing a part of the hinge line which would have extended out another centimeter or two beyond the shell on either side. 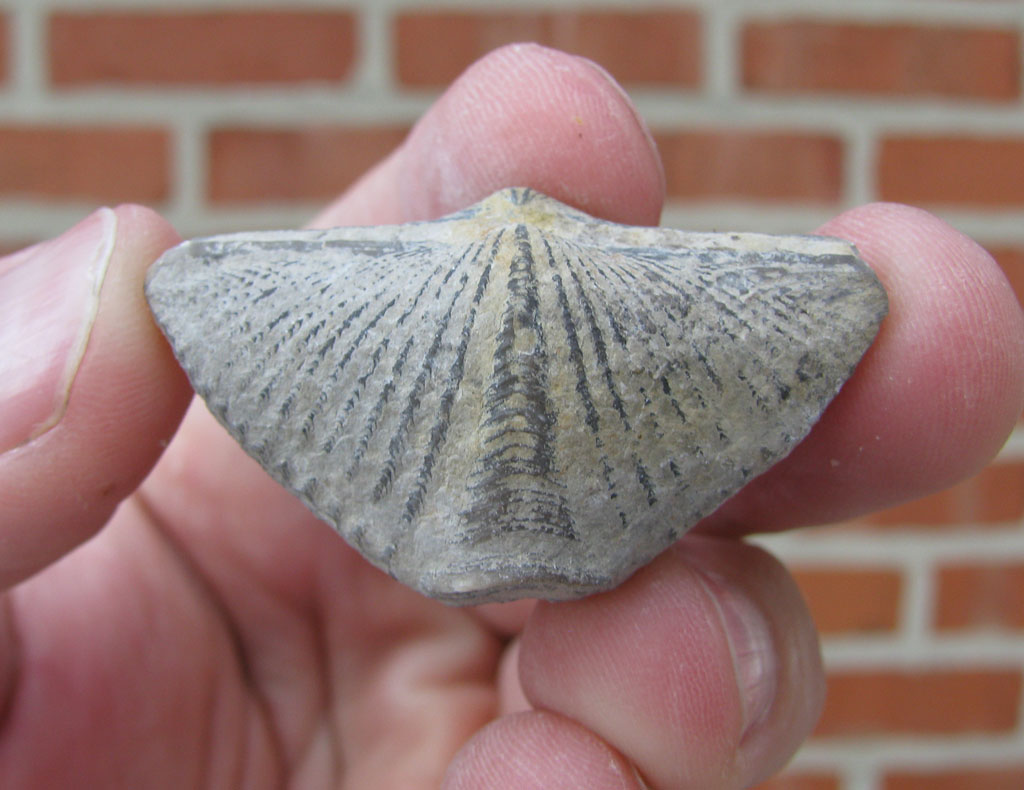 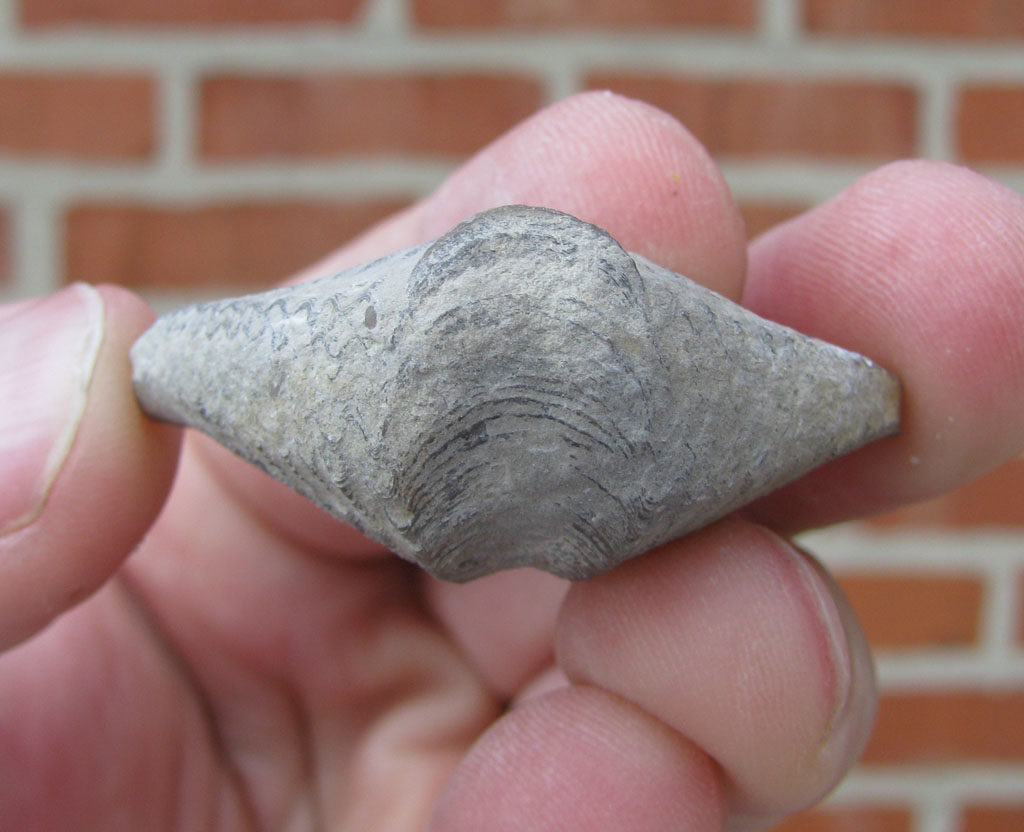 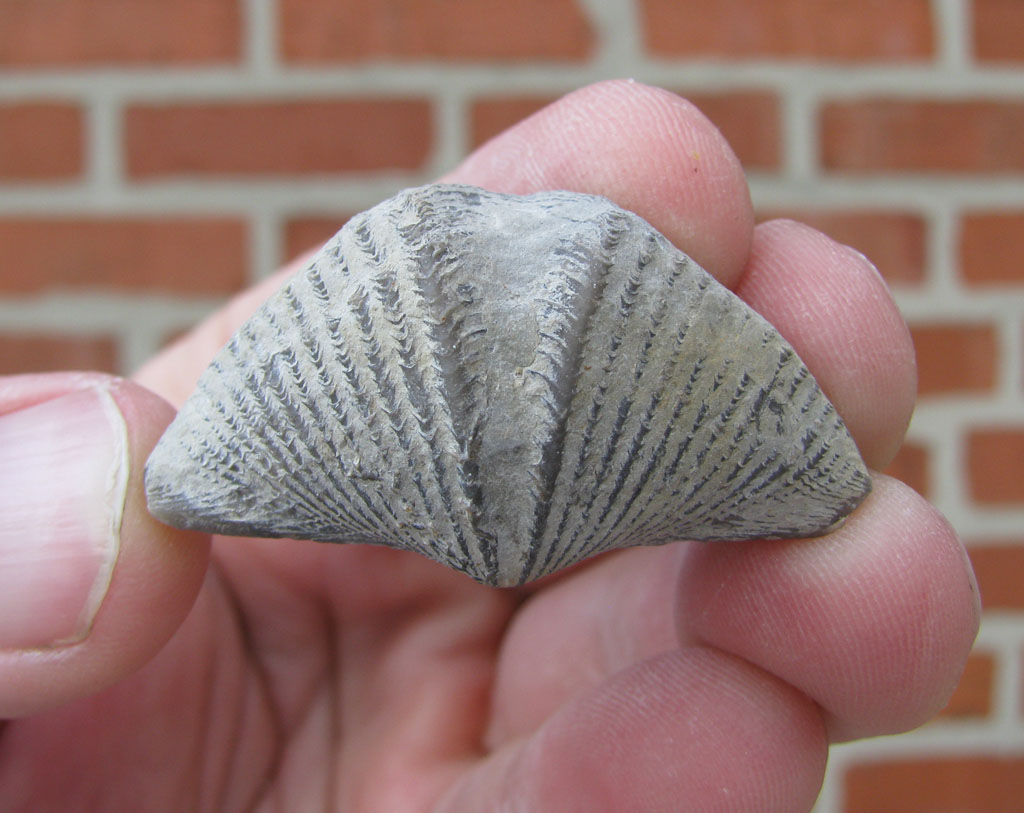 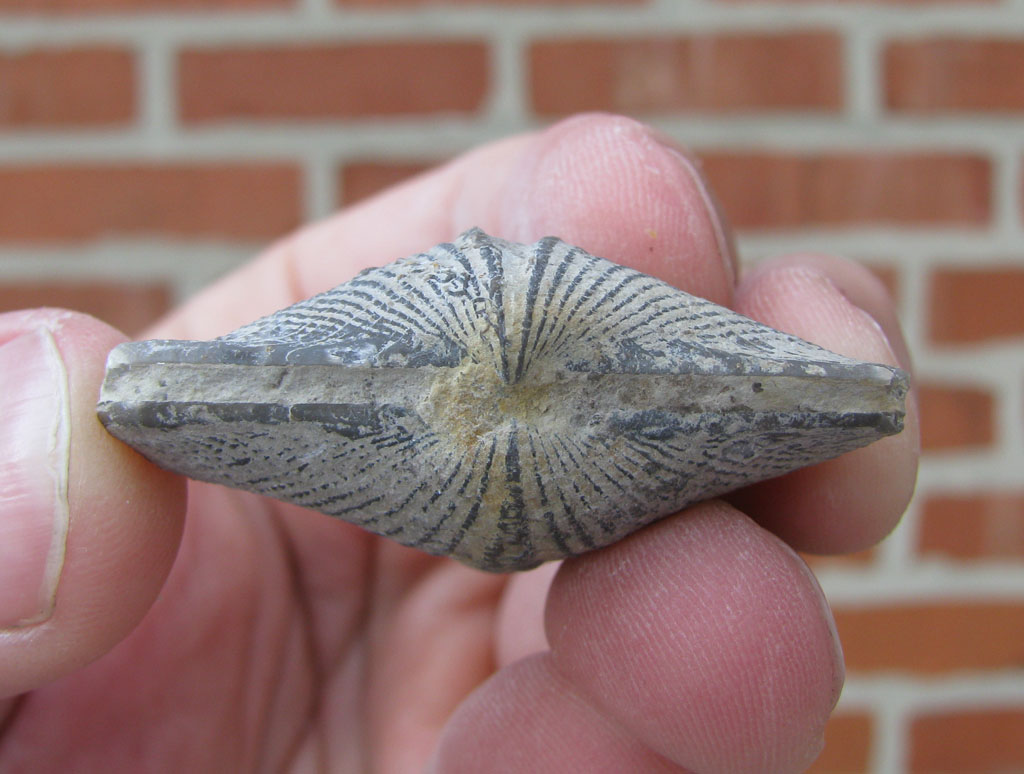 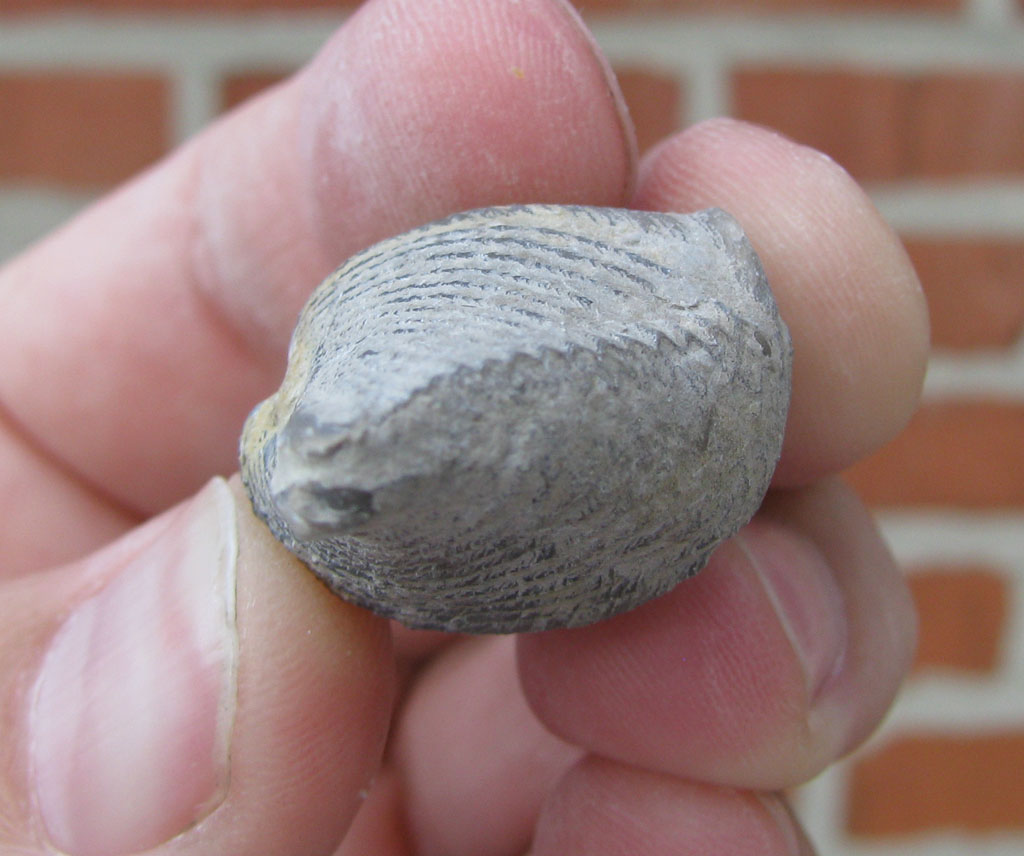 This next specimen has a number of epibionts attached to it's surface. Brachial valve 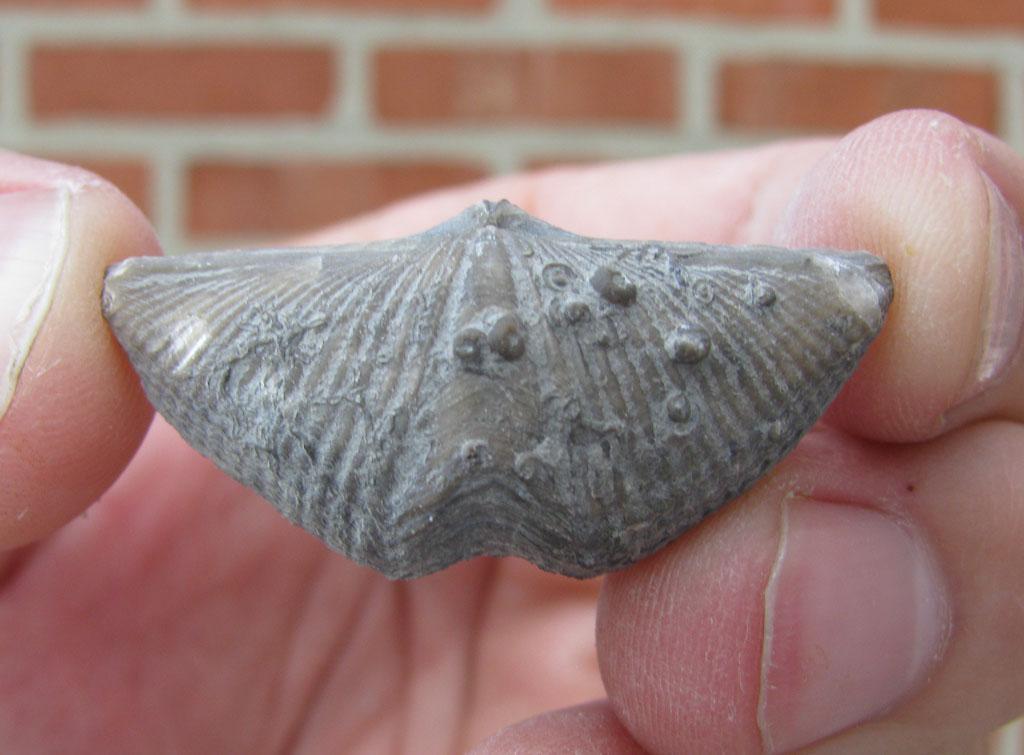 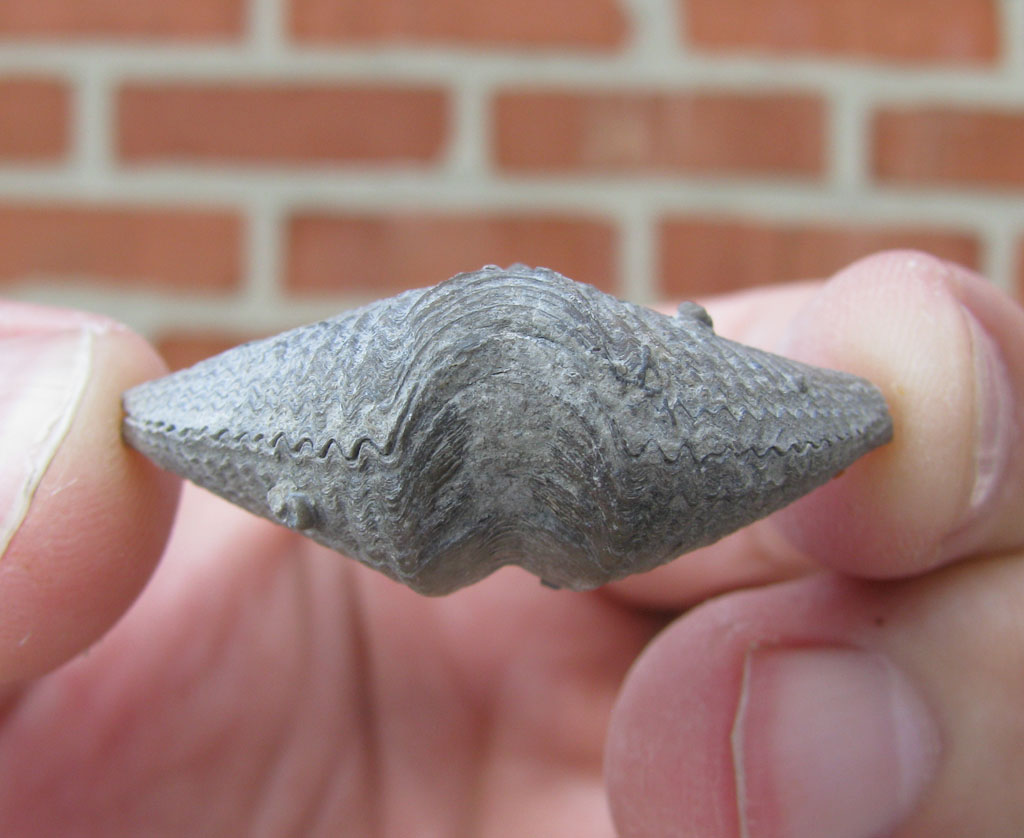 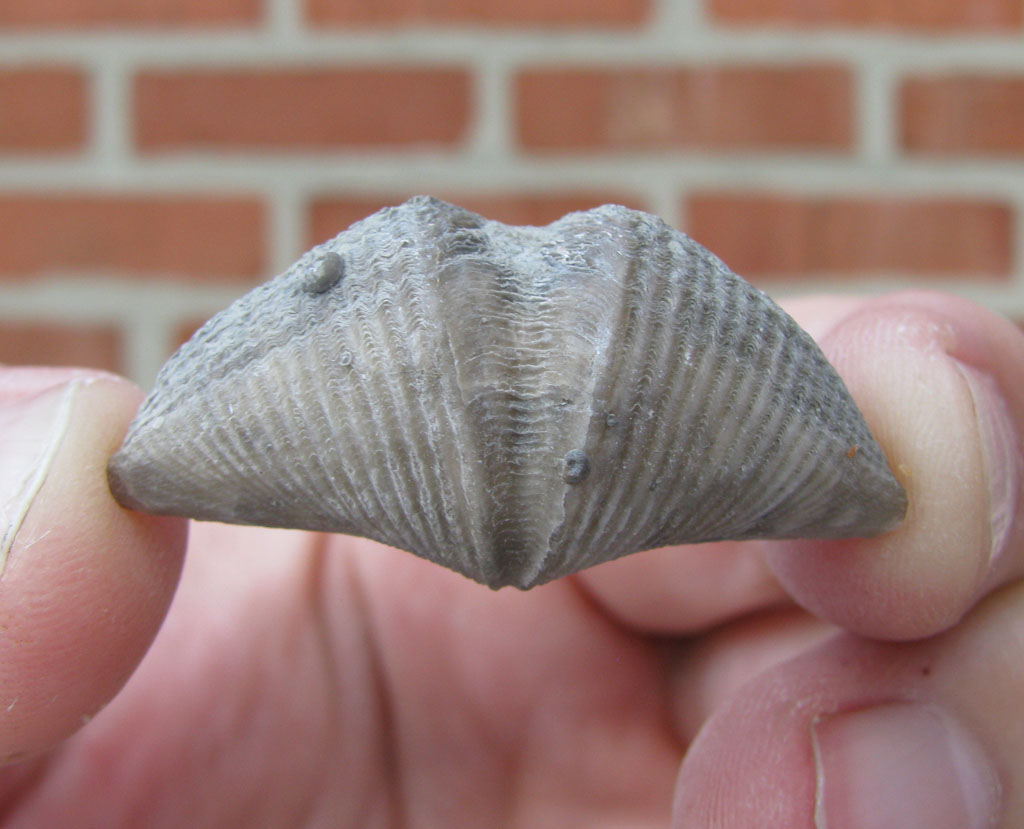 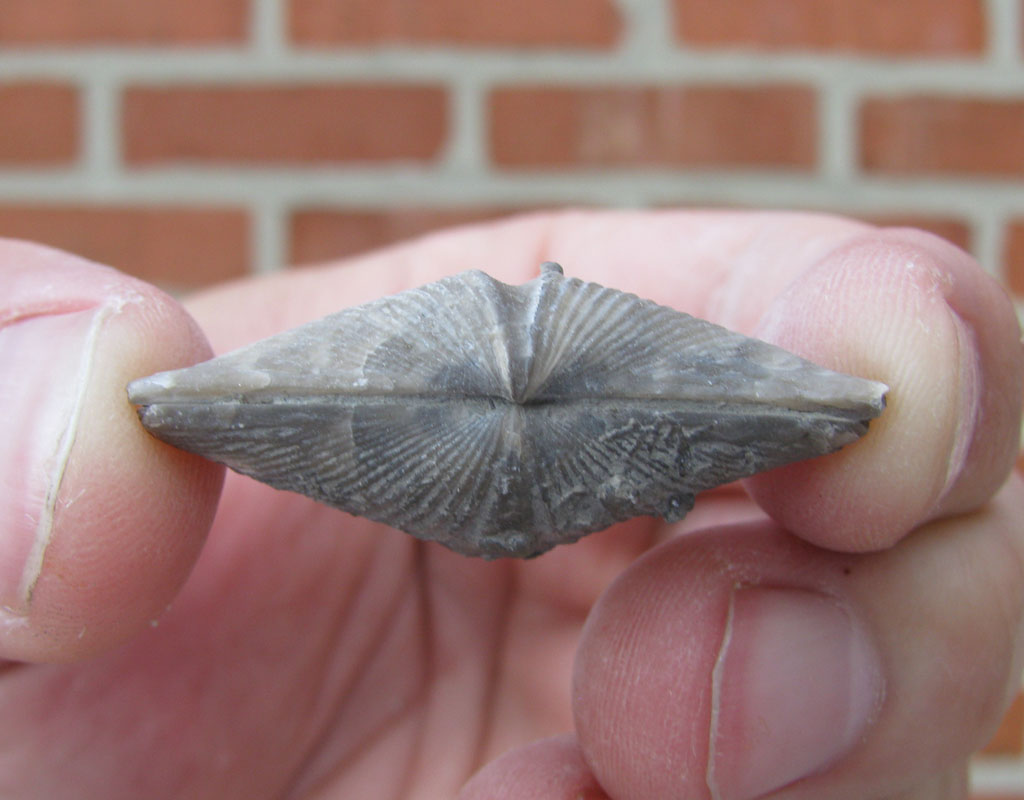 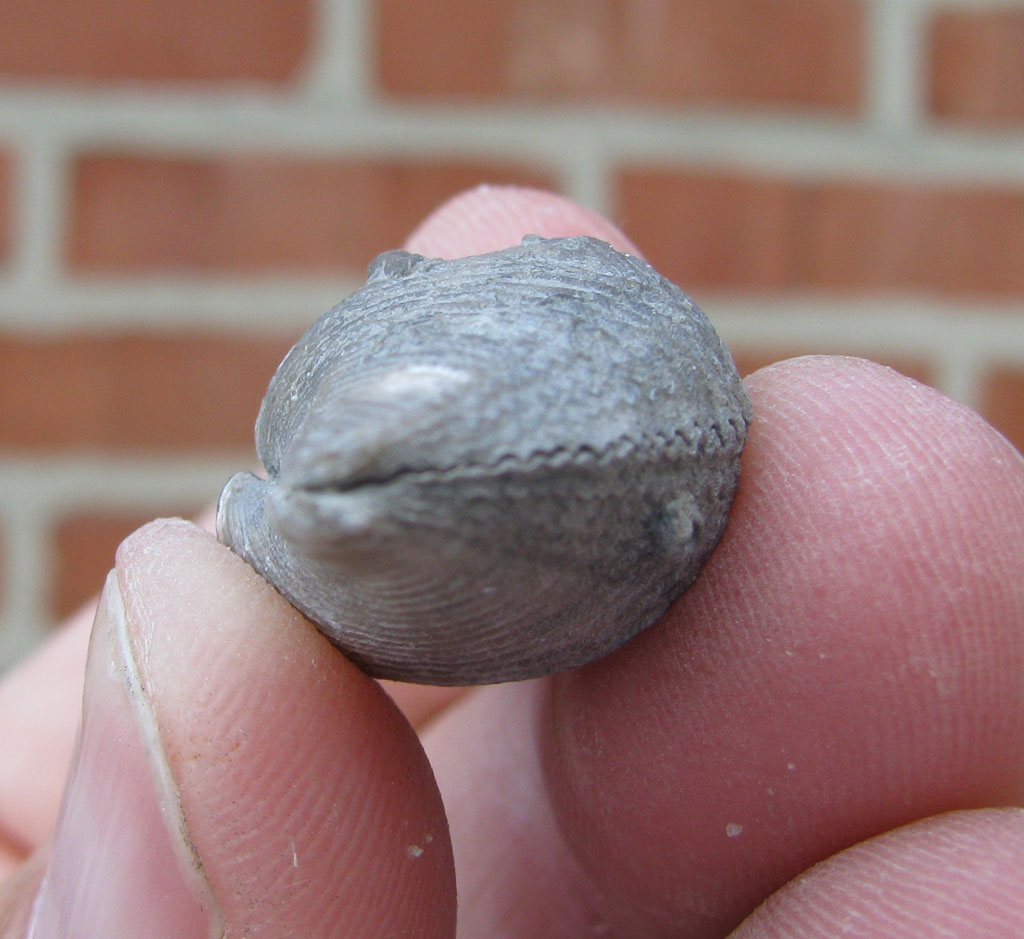 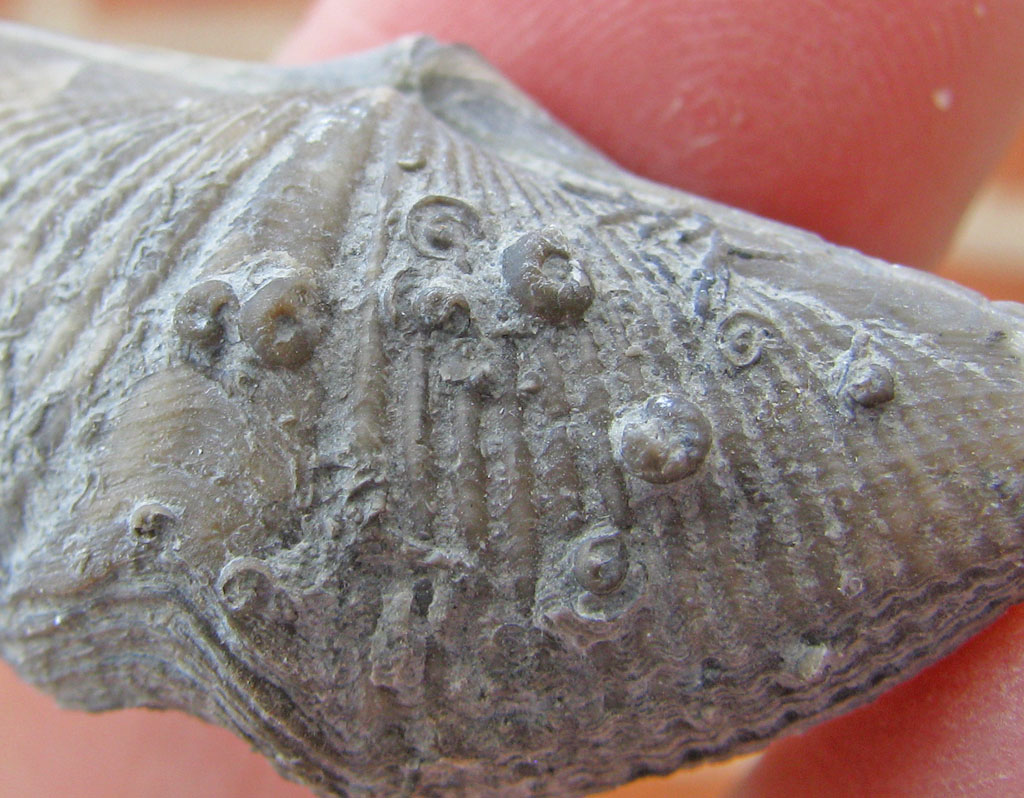 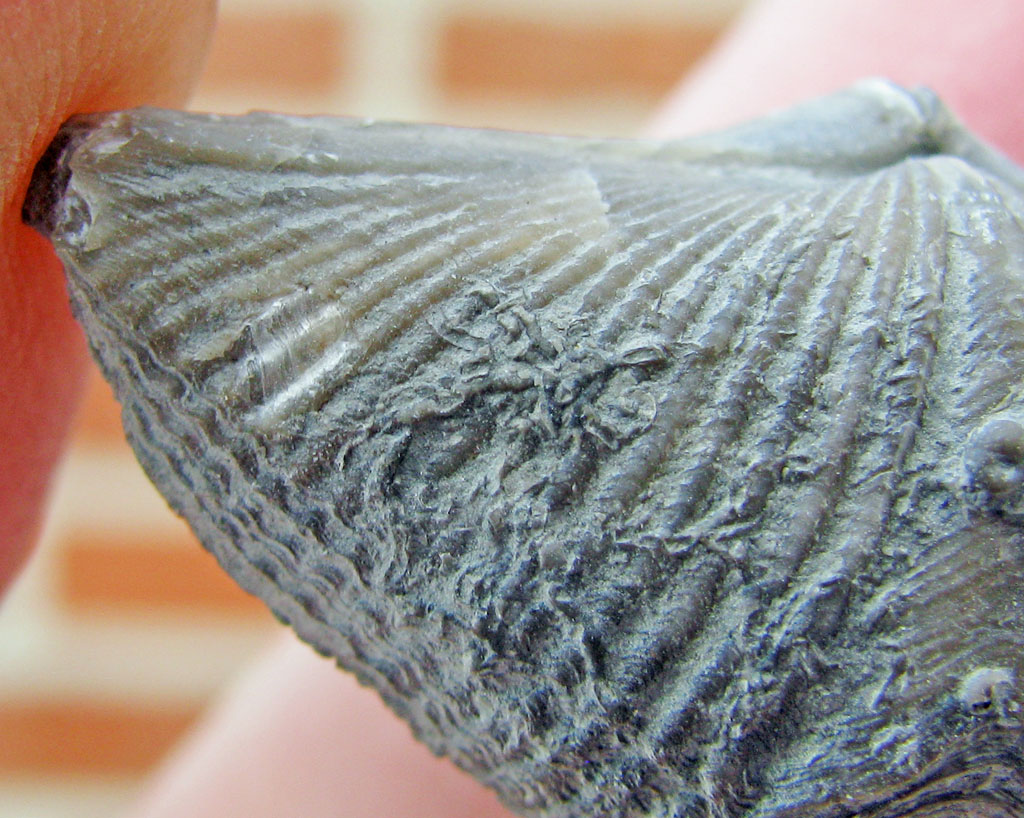 The Widder formation is middle Devonian in age (Givetian stage) and roughly corresponds to the Ledyard mbr. of the Ludlowville formation in New York.
Posted by Dave at 12:01 AM