I came upon this plate of shale in a small quarry near the town of Fayette in New York. It comes from the Levanna Shale of the Skaneateles Formation and is covered with brachiopod fossils called Leiorhynchus multicostus (aka Eumetabolatoechia multicostatum). Leiorhynchonellid type brachiopods are often common in black shales which indicate that they were tolerant of conditions with lower oxygen content. In this case there must have been a period or time where the conditions were right and the L. multicostus proliferated. Some of the layers below the surface shown in the first picture also contain a profusion of this brachiopod such that the environment was somewhat stable for many years even during deposition of fresh sediment. Normally the Levanna shale is fairly barren of fossils with only a few scattered remains that may have been washed in by storms. Only occasionally do you find layers with such an abundance of fossils.

View of the shale piece with the top layer in place 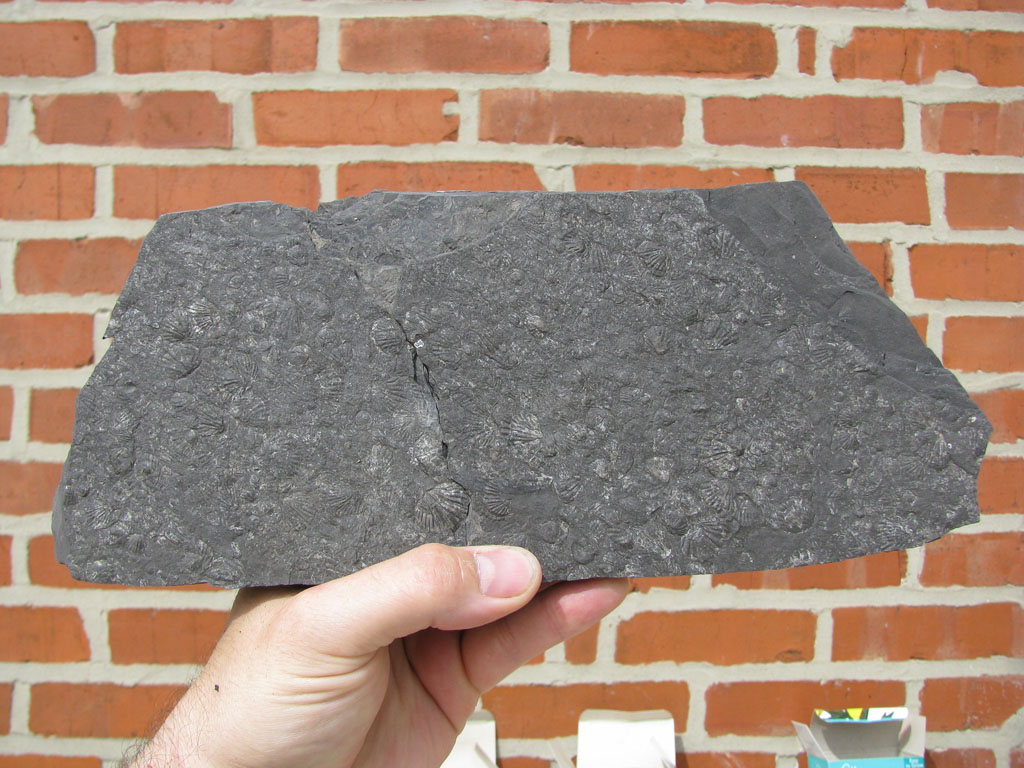 Close up of top layer 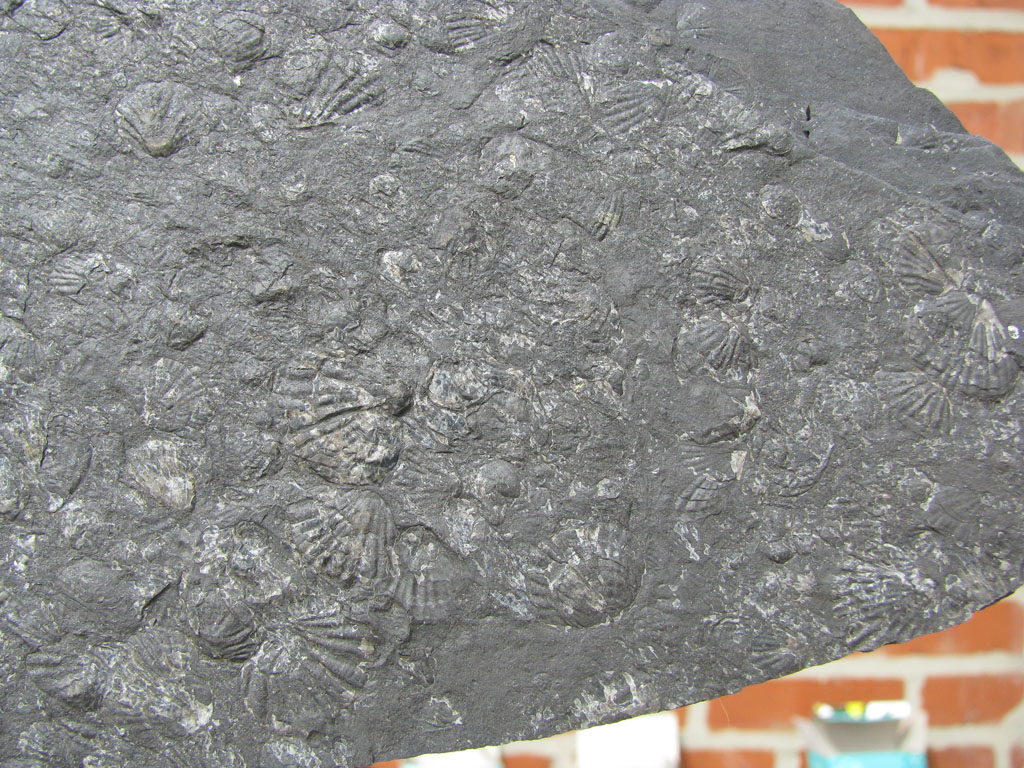 This is a thin piece of the top surface layer flipped over to show more brachiopods underneath. 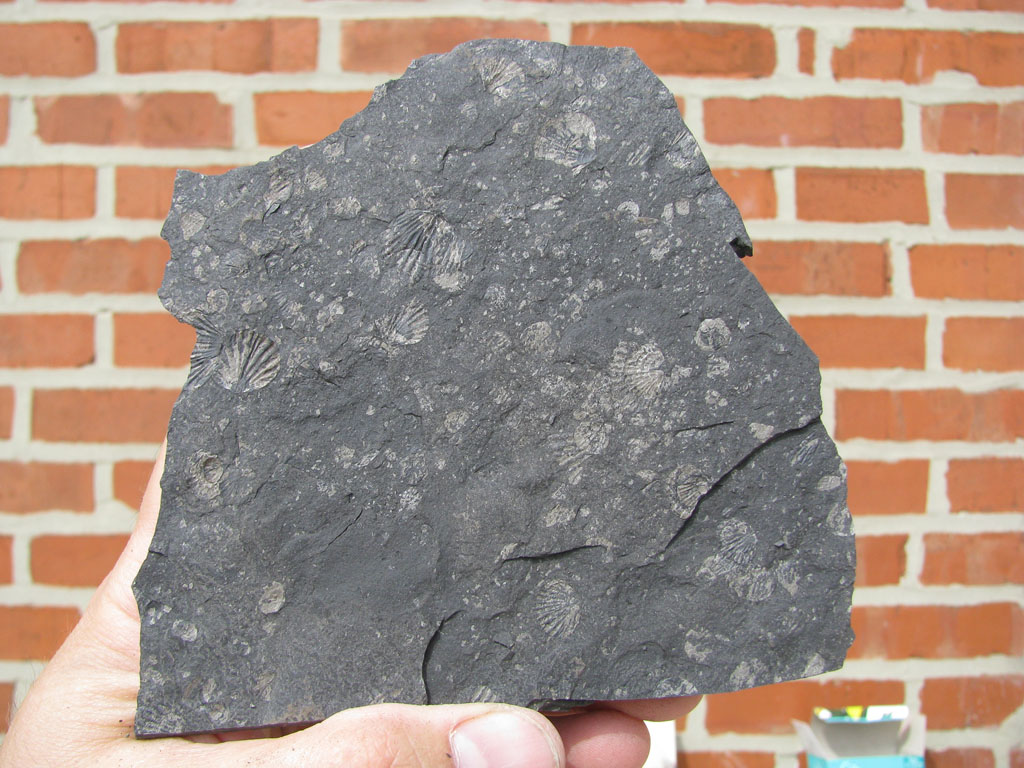 Closeup of the same piece 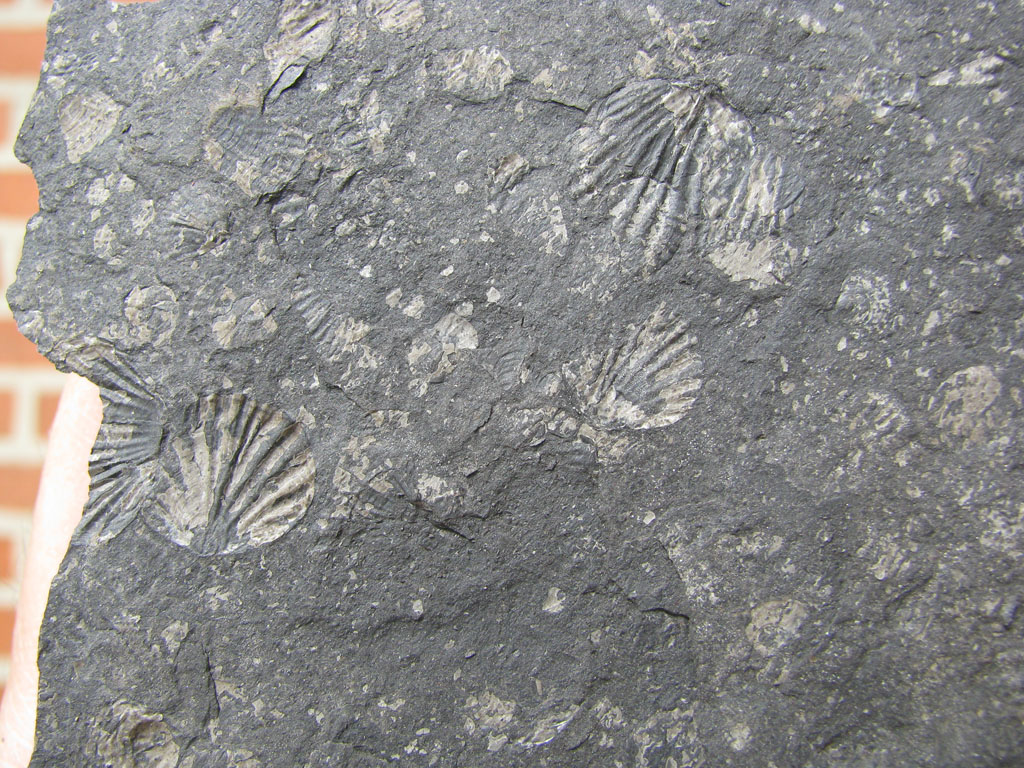 Yet another layer within the shale, again with many brachiopods. 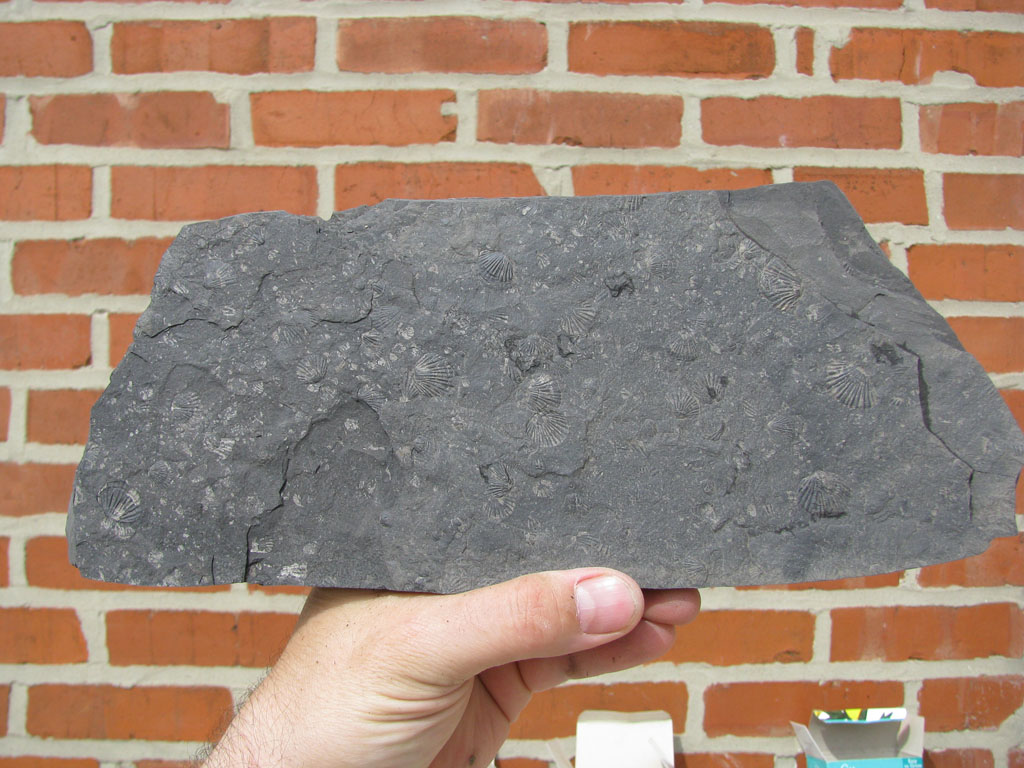 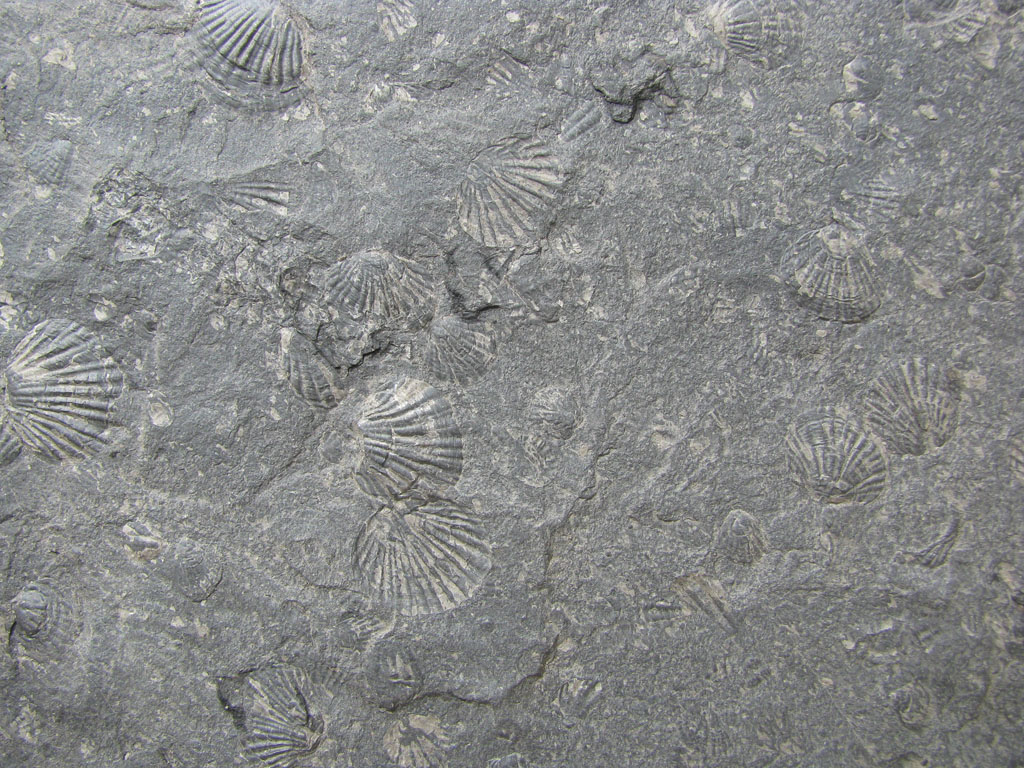 I've posted an inflated specimen of the same species here that I found near Arkona, Ontario.

The Levanna Shale and Skaneateles Formation are middle Devonian in age (Givetian stage).