I was having an e-mail exchange with a friend regarding some Hyolith snails in the Arkona formation when I recalled that I have found them in my local Mahantango formation. Below are some specimens of Hallotheca aclis that were found at various sites in central Pennsylvania. 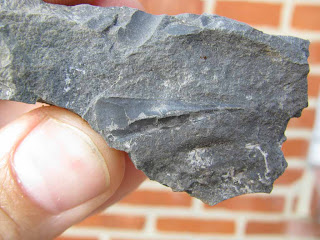 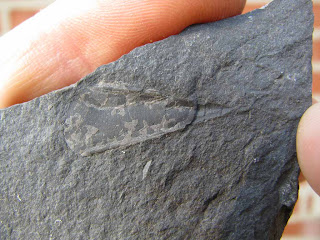 This is an unusual 3-D specimen 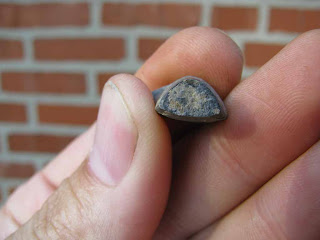 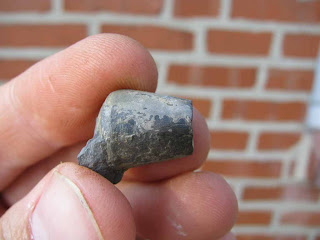 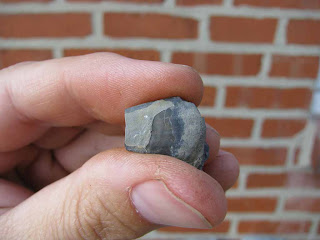 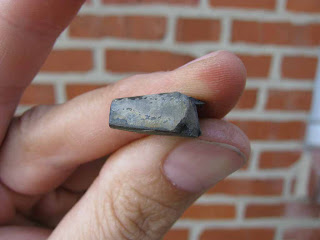 Hyoliths are odd creatures that some ascribe to mollusks (and more specifically gastropods) and others to annelids (worms) but little evidence has been found to support any one theory. They lived from the Cambrian (which was their peak) into the Permian.
Posted by Dave at 12:01 AM