Eleutherokomma diluvianoides was the first Devonian fossil from Poland that I added to my collection. It looks very similar to Mucrospirifer and is in fact within the same family but is listed as a separate genus. I found a document on the Palaeontologia Polonica web site from 1966 that shows similar specimens listed as "Mucrospirifer (Spinospirifer) diluvianoides n. sp." but it appears the classification has since been changed and updated. 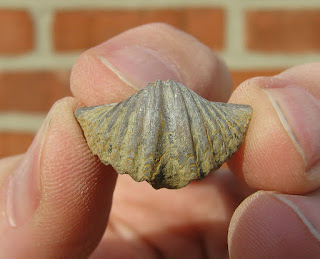 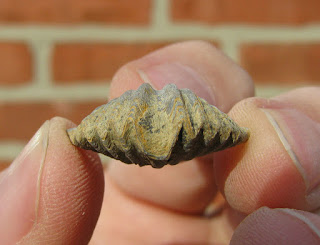 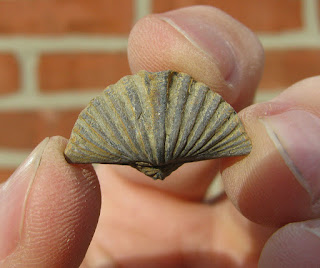 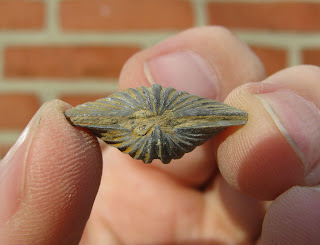 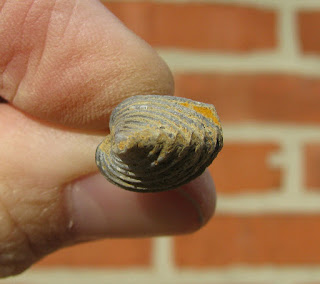 The specimen shown came from in the Skaly Beds near Kielce in the Holy Cross Mountains of Poland. The rocks that held it are dated to the middle Devonian (Eifelian to Givetian stages).
Posted by Dave at 12:01 AM