I have never had the chance to collect the Haragan formation myself and have received most specimens in my collection from purchases. Often I will buy lots of brachiopods with many different genera and included are fossils of Sphaerirhynchia sp.(which looks a lot like some specimens I see labelled Uncinulus sp.)

Here are a couple of examples: 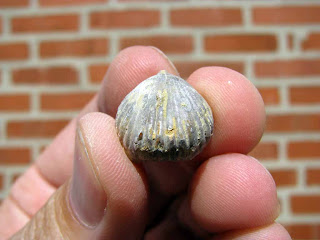 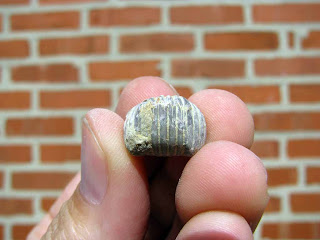 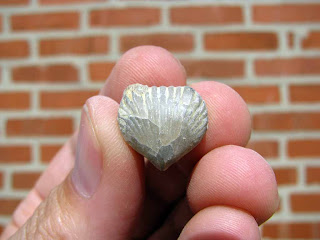 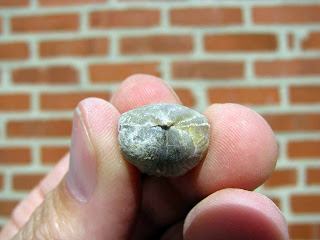 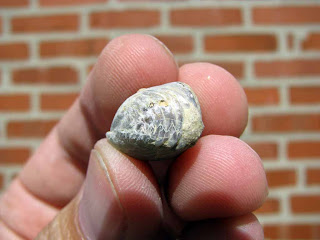 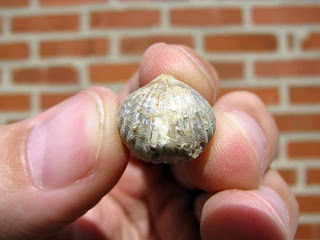 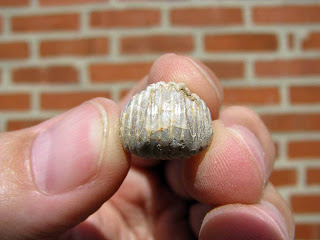 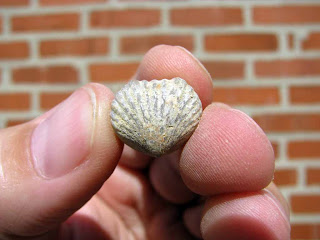 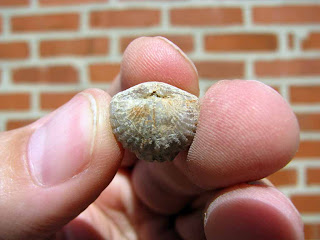 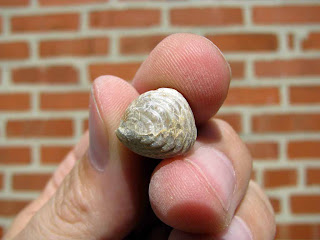 A group of them in my hand. 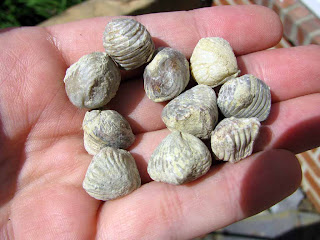 Based on the book "Stratigraphy and Paleontology of the Hunton Group in the Arbuckle Mountain Region" by Thomas Amsden and Arthur Boucot, 1958, Oklahoma Geological Survey, (pg. 97-98, pl. VI) I'm going to call these Sphaerirhynchia lindenensis. There are several similar species notable S. glomerosa, Obturamentella wadei and Trigonirhynchia acutirostella, but trying to discern them from one another will require some more study.

The Haragan formation is thought to be lower Devonian, (Lochkovian stage). It roughly corresponds to the Birdsong shale of Tennessee and the Helderberg Fauna of New York, Pennsylvania and Maryland.
Posted by Dave at 12:01 AM