Large colony of Fistulipora (?) from Arkona

I'd forgotten about this next piece until I was organizing my finds from Arkona. It's a very large portion of a bryozoan colony that came from the Hungry Hollow member of the Widder formation. 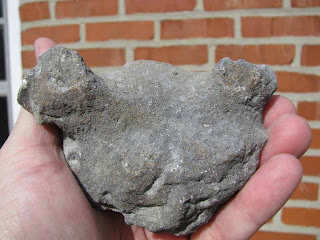 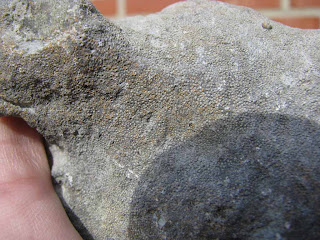 Trying to determine the species would require thin sectioning of a portion so that the internal structures could be studied. Based on the "Check List of Fossil Invertebrates Described from the Middle Devonian Rocks of the Thedford-Arkona Region of Southwestern Ontario", There are three species described from the Hungry Hollow member: F. huronensis, F. incrassata and F. vesiculata with the former two being the most common. 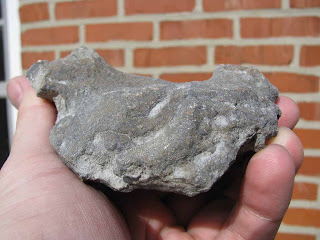 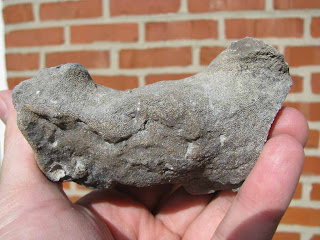 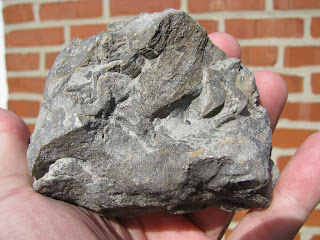 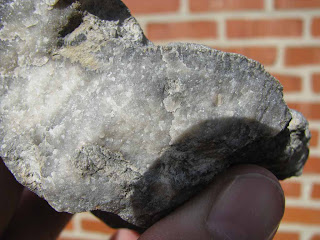 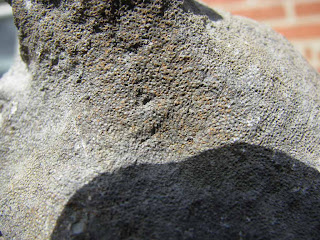 These are common fossils but I don't find many large colonies like this. The Hungry Hollow member of the Widder formation is middle Devonian (Givetian stage) in age.

Here are some Fistuliporoid colonies that I found in the Silica Shale.
Posted by Dave at 12:01 AM