Eccentricosta from the Keyser formation

At one locality where I collect from the Keyser formation I've found an interesting brachiopod called Eccentricosta. That name is was created in 1963 as a way of moving fossils called Chonetes jerseyensis into it's own genus away from Chonetes. This was done due to significant differences in some of the shell anatomy such that it deserved it's own genus. There is a paper that explains how and why this was done available from JSTOR.com

Now onto the specimens! The shells that I have found all have been partially buried in the rock. This first specimen I cleaned off with a wire brush to expose it more. I can't tell if it's a pedicle or brachial valve though. The most telling feature are the radial ribs that decorate the surface. 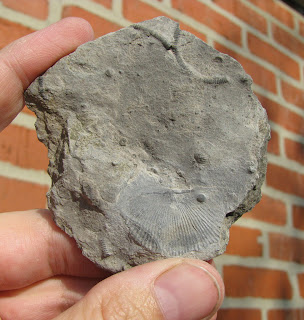 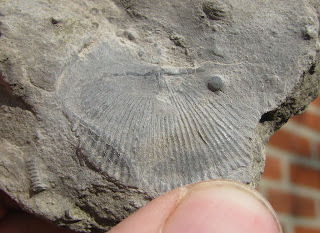 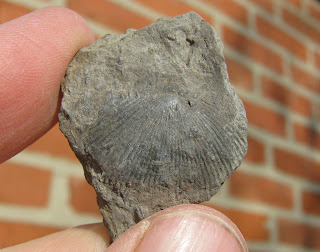 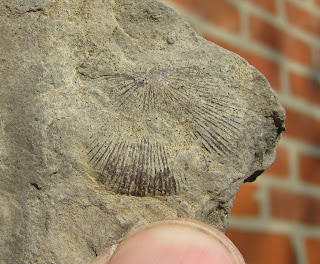 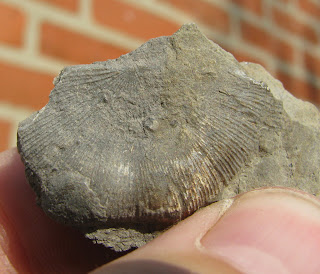 These fossils are fairly rare though as I read reports about the Keyser formation there is mention of zones that are traced via this fossil. I'm still learning how that works but I think faunal zones are designated by somewhat rare or unusual fossils.
Posted by Dave at 12:01 AM